A safari-themed cake was on display for the start of Condor’s twice-weekly 767-300 service to Windhoek in Namibia, which competes with Air Namibia’s daily operation. Doing the cake-cutting honours were: Uwe Balser, MD Operations Condor; Eike Becker-Krüger, His Excellency Honorary Consul of Namibia in Germany; and Dr. Pierre-Dominique Prümm, Senior Executive Vice President Fraport. 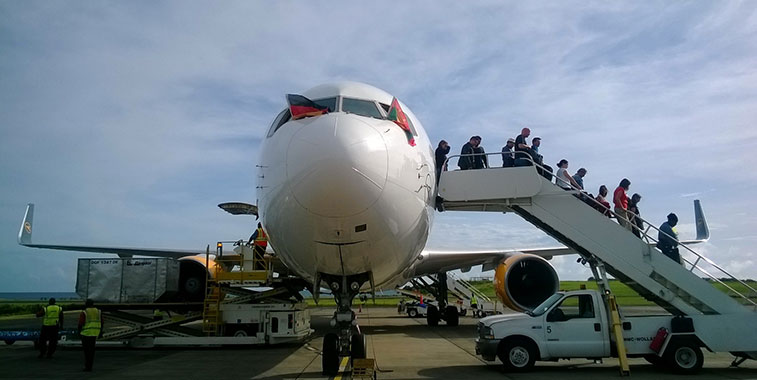 The second of the two new routes which were launched by Condor to the Caribbean this week was a weekly service from Frankfurt to Grenada, and was marked by the flight crew with the national flags being hung out of the cockpit window.