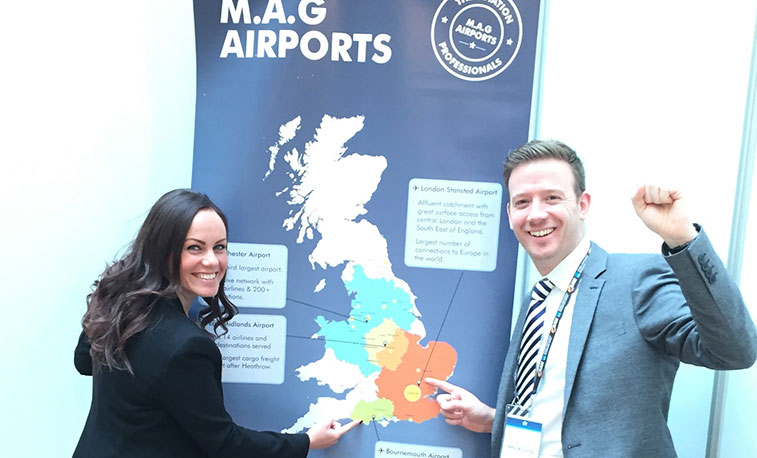 Manchester Airports Group (MAG) has confirmed that Flybe will launch over 10 new routes at three of its airports, delivering growth of 500,000 passengers from next summer. Route development at London Stansted Airport includes: twice-daily to Newcastle; thrice-daily to the Isle of Man (which will also provide additional frequency on the Isle of Man – Manchester route); and a new summer service to Newquay. At Bournemouth, Flybe will add: twice-daily to Glasgow and Manchester; and four times weekly services to Amsterdam and Paris CDG. In addition, Flybe will also serve French and Spanish sun destinations, with routes to be announced in the coming weeks. Ken O’Toole, MAG CCO said: “With more than 45 million people already flying annually from our airports, including three million Flybe passengers, this announcement further confirms the critical role MAG plays in UK aviation, and how existing available capacity across UK airports can support the ambitions of airlines looking to grow in London and beyond.” Celebrating the news at the IATA Slots Conference in Prague were MAG’s Aviation Account Manager Nicola McMullen and Business Development Manager Robert Smith. 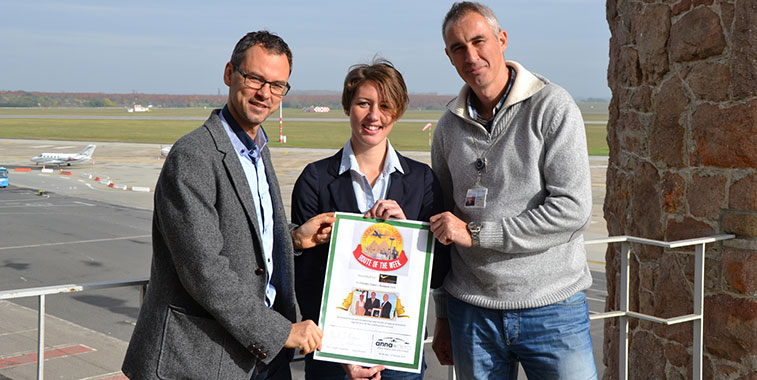 On 1 November, Puerto Plata Airport in the Dominican Republic greeted JetBlue Airways’ first service from Boston with a cake ceremony and the traditional water arch salute. The 2,504-kilometre sector will be operated weekly (Saturdays), utilising the airline’s 150-seat A320s. 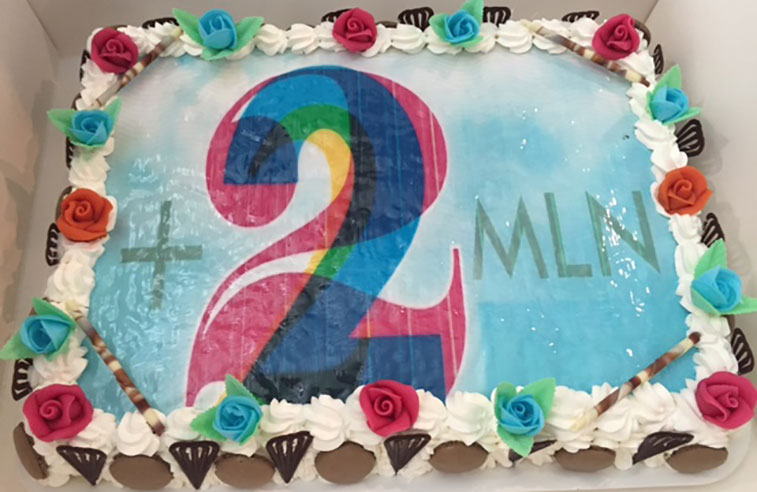 In the first 10 months of 2014, Rome Fiumicino Airport posted an increase of 6% or two million more passengers when compared to the corresponding period of 2013, with around 33 million passengers achieved until end-October. The two millionth passenger, who was travelling from Hong Kong with Cathay Pacific Airways, was celebrated on 4 November with this fantastic cake. Commenting on the achievement Fausto Palombelli, Director of Aviation Marketing Development, Aeroporti di Roma, said: “Reaching the threshold of two million additional passengers compared to the same period in 2013 confirms that Aeroporti di Roma’s commitment, with the support of more than 100 companies operating in our airport, is leading to the expected results.” 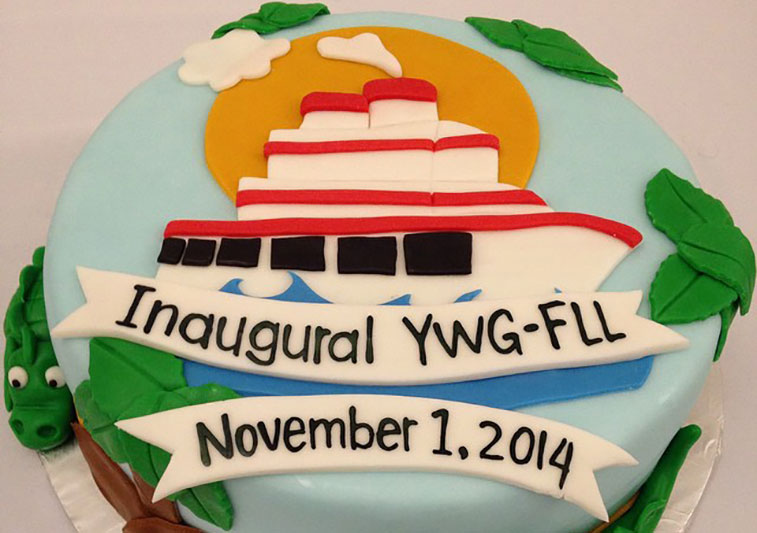 On 1 November, Winnipeg Airport celebrated with a cake the launch of WestJet’s weekly seasonal flights to Fort Lauderdale. The 3,024-kilometre sector will be operated until 25 April, utilising the airline’s 119-seat 737-600s. 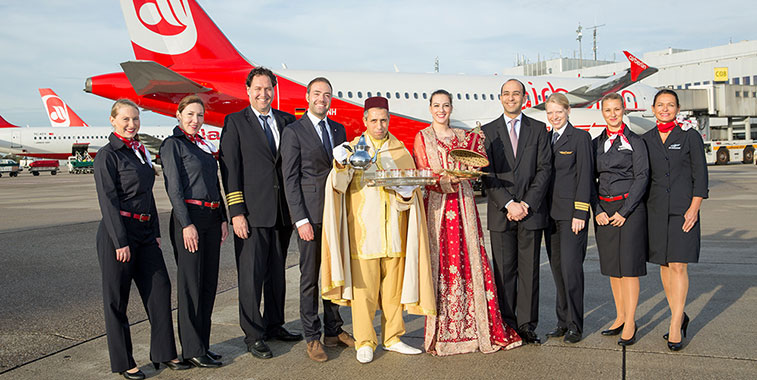 On 3 November, airberlin commenced twice-weekly flights from Düsseldorf to Marrakech, using its A320s. Karim Harouchi, Director of the Moroccan Tourist Board for Germany and Austria (fourth from right) and Erik Bergmüller, Manager Touristic Business Development, airberlin (fourth from left), said goodbye to Captain Götz Kuhlmann, Co-Pilot Carina Over, and the cabin crew of the inaugural flight, with a traditional tea ceremony at the German gateway. 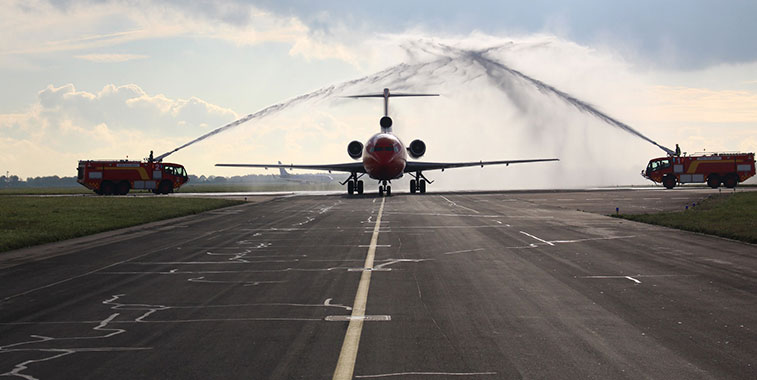 Robin Hood Airport Doncaster Sheffield has welcomed a 727-200 cargo aircraft to its newly refurbished hangar in a new partnership with British company 2Excel Aviation, which will further boost the airport’s cargo activity. Steve Gill, the airport’s MD said: “The partnership with 2Excel is great news for the airport and shows that the reputation of our cargo terminal and our provision of logistical expertise is growing worldwide.”