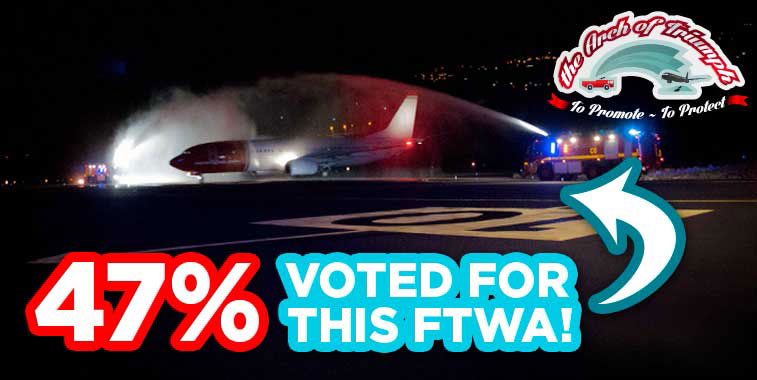 La Palma Airport won ‘Arch of Triumph’ W14/15 Part II for the arrival of Norwegian aircraft from London Gatwick on 1 November, due to 47% of anna.aero’s readers having voted for this atmospheric effort.

Last week we again gave our readers the power to determine the winner from the eight FTWAs that were sent to anna.aero from the world’s airport marketing teams to celebrate the new routes started during the second week of the W14/15 season. The majority of our readers, well 47% did anyway, have decided that La Palma Airport provided the most jaw-dropping effort in FTWA delivery for new route revelries – marking with some drama the start of Norwegian’s new route from London Gatwick launched on 1 November with weekly flights. The victory was in the end easy for the Spanish airport, as it recorded more than twice the amount of votes of the #2 airport Pittsburgh. 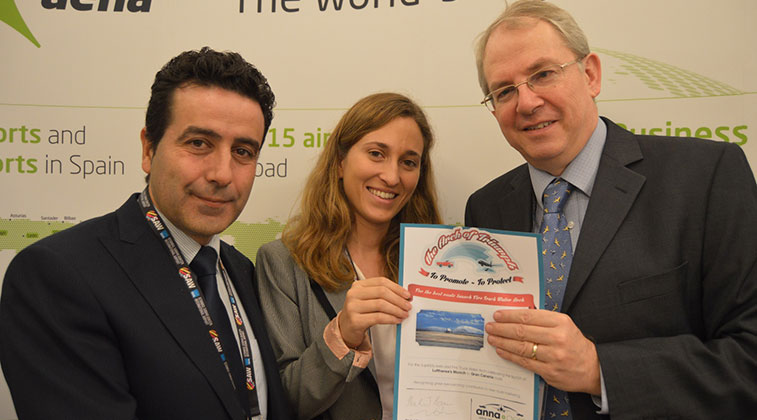 Besides amazing FTWAs, we have also been sent numerous fantastic new route cakes – see the results of our Cake of the Week Part II vote here.

This week its back to the expert opinion of the anna.aero judges for Week 39 of the annual ‘Arch of Triumph’ competition. It is interesting to note that Europe’s dominance in this year’s competition has extended to the reader votes, as the region has won all four during 2014, with winter season winners La Palma and Gran Canaria airports joining Budpaest and Bucharest from the start of the S14 season. Does Europe really provide the best FTWAs…or do the region’s airports just know how to mobilise support for their efforts? Keep monitoring!! 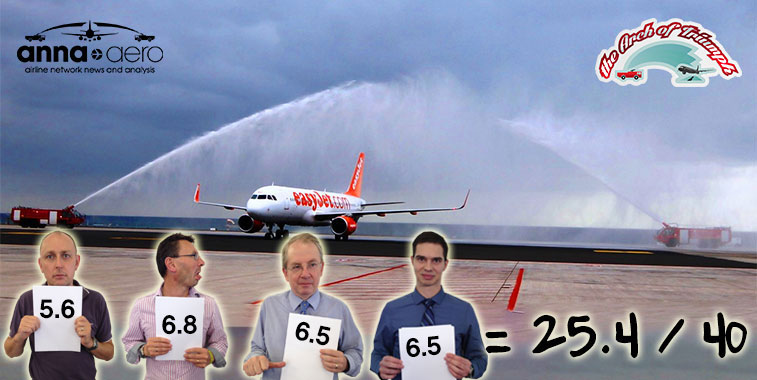 The wind always seems to have a big part to play in FTWAs sent in from the Canary Islands.

Judge’s comments: No doubt there will have been some people on board this easyJet aircraft from Hamburg looking to take advantage of the favourable winds around the Canaries which makes it so popular with the sailing fraternity. However, the fire crews on duty on 6 November seem to have been caught out by the strong gusts and turned this potentially good FTWA into just an average one. 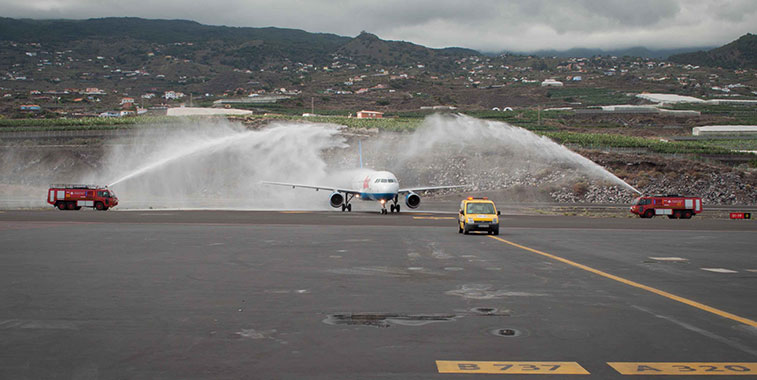 Dukes of Hazzard on tour – in the Canary Islands.

Judge’s comments: “Straight’nin’ the curve, Flat’nin’ the hills. Someday the mountain might get ’em, but the law never will.”  These are genuine lyrics from the 80s hit show Dukes of Hazzard (and personal favourite of anna.aero’s Editor), which has clearly acted as an inspiration for this La Palma FTWA, as the arch curve has been ‘straightened’ and the hill peaks behind are relatively ‘flat’. There is also a nice gap in the middle of the arch for those quarrelsome Duke boys to leap over and escape the clutches of their nemesis Rosco P. Coltrane. Yeeeee-hah! 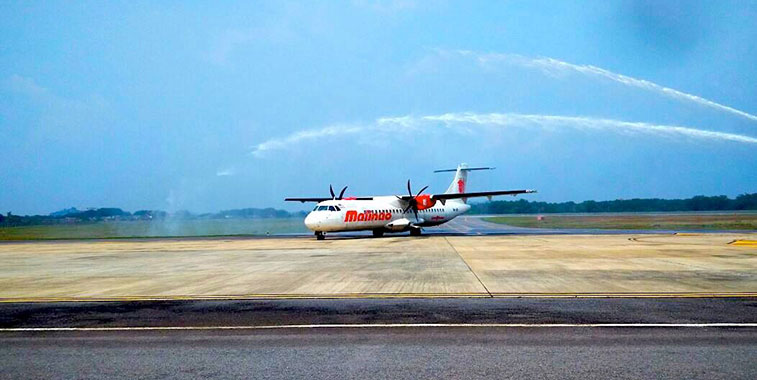 There will have been one hell of an argument in the station after this FTWA fiasco.

Judge’s comments: Was there something good on TV when the Malindo Air ATR came in from Penang? As a result, the fire crews could not be bothered to leave the station confines (just off to the right of the picture) and set-up both fire tenders on the port side of the arriving aircraft. Unless of course an arch means something different in Malaysian?? Answers on a postcard please – cos we’re baffled.