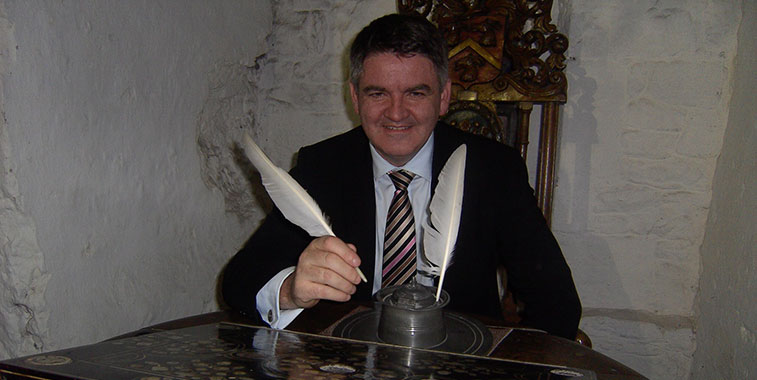 Recent deals with Ryanair and Aer Lingus, had to be signed in Shannon Airport CEO Neil Pakey’s blood – hence the quills (just joking, they used some lowly marketing executive’s blood). In post for 18 months, Pakey has presided over a dramatic turnaround in the Irish airport’s numbers, both financially and in terms of passenger growth.

anna.aero: You took up the position as CEO of Shannon Airport Authority last June – what have been your biggest achievements in your first 18 months? And have you achieved your initial goals?

Neil Pakey: Shannon was made independent of the DAA (Dublin Airport Authority) in January 2013. The other milestone was the formation of The Shannon Group of companies. This was a two-phase merger between the former Shannon Development Agency (RDA) and Shannon Heritage (visitor attractions such as Bunratty Castle and King John’s Castle in Limerick.) I was the first CEO of the new group. Previous history had seen a demise of the assets i.e the airport itself and the development agencies. The airport had seen five months of decline, so my first goal was to stop the rot. This has happened every month since last June. In Duty Free we brought in new local producers. Ask the guy who produces sheep’s cheese how wonderful the airport has been for him – and what a benefit we’ve been for local artisans and producers. The airport had been losing millions, but last year we turned in a profit of €163k.

aa: Ryanair and Aer Lingus command 93% of your total flights (in November 14) between them – how are you trying to diversify the airport’s airline portfolio?

NP: “You should look at the passenger numbers. We have up to 400,000 US passengers per year and the US market is very important to us. North Americans come to see our scenery and experience the warm Irish hospitality. Because of our US pre-clearance facilities we have a very strong US market with US Airways, United and Delta all growing at Shannon. But we’re a great proposition for the UK, Europe and beyond. That’s our target market. We need to get back into the UK market, however there are some operators that are shy of coming head-to-head with Ryanair.”

aa: Shannon has welcomed several important new services this year – what are your targets in terms of increasing passenger numbers? And are there particular new destinations that you would like to see served from Shannon?

NP: “The overall target is to get to 1.7 million passengers this year and we’re aiming for 2.5 million in five years. The hub connectivity over Heathrow is very strong and the transit to Shannon from the US is second to none. We’d like another hub carrier over the USA, maybe from Africa, the Gulf and Asia. We have reversed the five-year decline in passenger numbers and are back in growth in 2014. We just announced +28% growth in October, which is pretty astounding. We will consolidate now, ensure that all the new routes we have added are used and that we bring in new tourists to the region from the USA and other continents.” 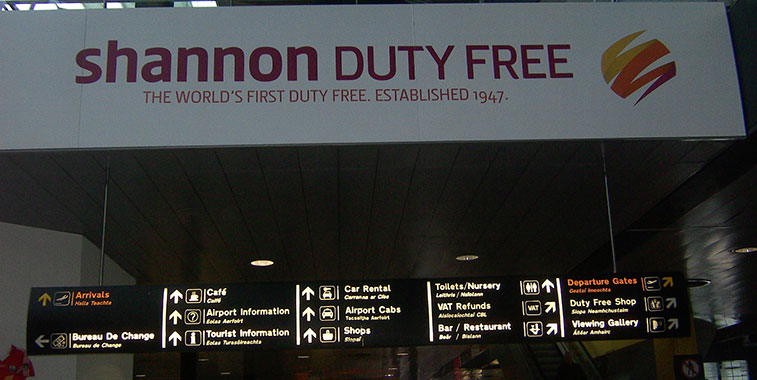 Not only did they invent duty free retailing in Shannon nearly 70 years ago, but Ireland’s third largest airport was the first to offer US Customs pre-clearance too. Pakey suggests: “OK, Dublin takes a lot of the traffic [US pre-clearance], but the real Ireland is the West of Ireland, and many Americans know that and come for our great countryside, castles, golf courses, hospitality and the cultural stuff.”

aa: According to anna.aero’s new route database there are no new routes announced for S15 yet – is there anything on the horizon you can tell us about??

NP: “We are consolidating and focusing on retention. It takes more than a year to bed things in. We have Kaunas in the summer [the W14/15 launched route will be retained for S15]. The airport in the past made the mistake of just route chasing. We’re expecting a lot of growth through frequency build and aircraft upgrade.”

aa: As the first airport in Ireland to offer US preclearance…are you a little jealous of the US route success happening in Dublin??

NP: “The Shannon-US market grew by 34% in 2013 and this year we have seen an 88% increase in Chicago from United Airlines. Aer Lingus is doing well too – in fact the whole of Ireland is benefiting from more flights to and from the US. OK, Dublin takes a lot of the traffic, but the real Ireland is the West of Ireland, and many Americans know that and come for our great countryside, castles, golf courses, hospitality and the cultural stuff.”