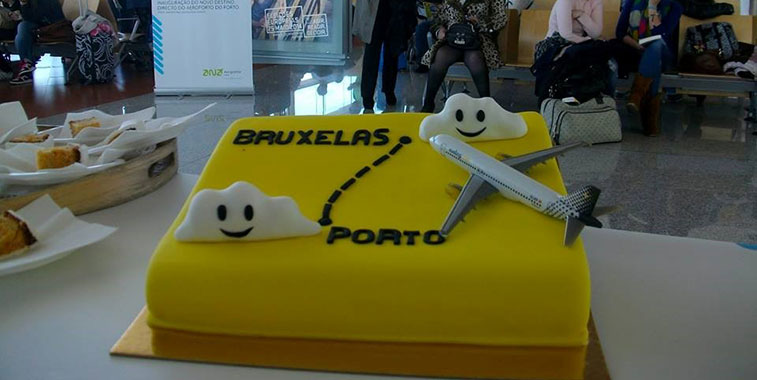 The Belgium-Portugal market has seen a massive 75% increase in seat capacity this winter as a result of Ryanair and Vueling’s ‘battle for Brussels’. Both carriers launched flights from the Belgian capital to both Lisbon and Porto during the last year.

In our latest analysis of air travel trends relating to operations this November (compared with last November), anna.aero takes a closer look at the leading domestic markets across the globe, and the leading international country pairs. Let’s start by looking at the world’s busiest domestic markets. No surprises here as the US and China lead the way, though the growth rates are quite dissimilar. The relatively mature US market has seen capacity growth of around 1.5% this November, while China’s still developing domestic market is reporting seat growth of just over 9%. 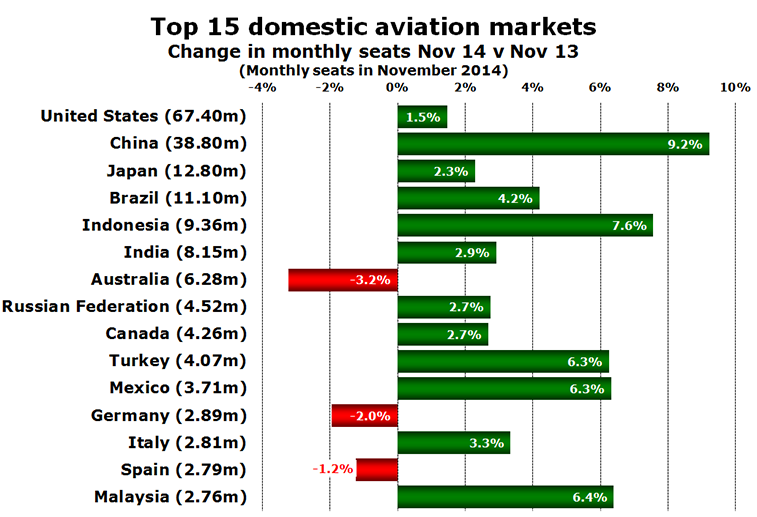 Behind these two global economic superpowers come Japan, Brazil and Indonesia. After China, Indonesia is showing the fastest growth among the top 15 domestic markets at 7.6%, driven by carriers such as Lion Air and a resurgent Garuda Indonesia. Only three of the top 15 markets are experiencing a reduction in seat capacity this November compared with a year ago. Australia (down 3.2%), Germany (down 2%) and Spain (down 1.2%) are the three exceptions. Each is home to a major carrier that has been going through some difficult times – Qantas, airberlin and Iberia respectively. In April, Ryanair launched daily flights from Warsaw Modlin to both Gdansk and Wroclaw. This has contributed to a 33% increase in seat capacity in the Polish domestic market this winter. 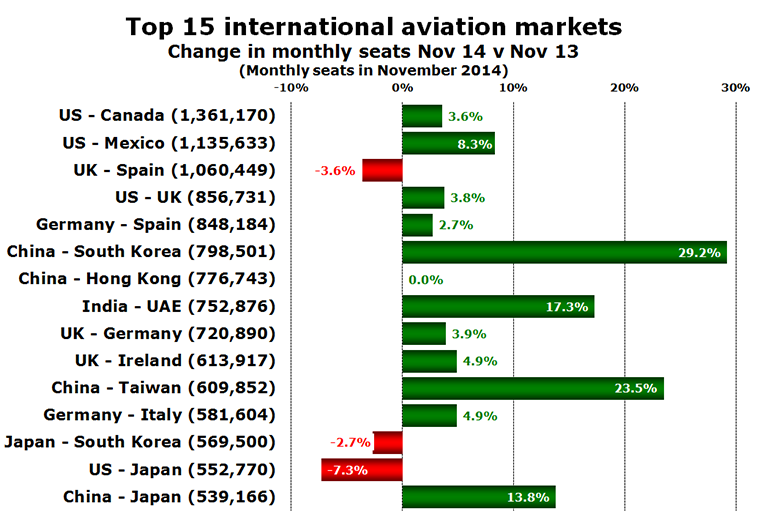 Three of the top four fastest-growing country pairs among the top 15 involve China. The ranking in 11th of the China-Taiwan market is notable given that until a few years ago non-stop scheduled flights between the two nations was banned. Another market that could soon rank in the top 5 is that of India-UAE, which has seen growth of over 17% in the last year. This week alone Jet Airways has added two new daily routes from regional airports in India to Abu Dhabi.

If we factor in sector length and look at the leading country pairs in November as measured by ASKs (which equates more closely with likely airline revenues), the top eight all involve the US, with the UK market beating Japan, Germany, China, South Korea, the UAE, Mexico and Canada. UK-Spain now ranks 9th with UAE-Australia 11th and UAE-India 12th. At least in winter the US-Canada market is the world’s busiest country pair market. The market has grown by around 3.6% this November, helped by a number of new non-stop services including United Airlines’ new daily service between San Francisco and Kelowna, which launched on 20 September.

Among the top 15 country pairs, the fastest-growing is China-South Korea with a 29.2% increase in seat capacity. However, there are many international markets where growth in seat capacity exceeds this figure. If a threshold of 50,000 monthly one-way seats is used then the following are the fastest-growing international markets. 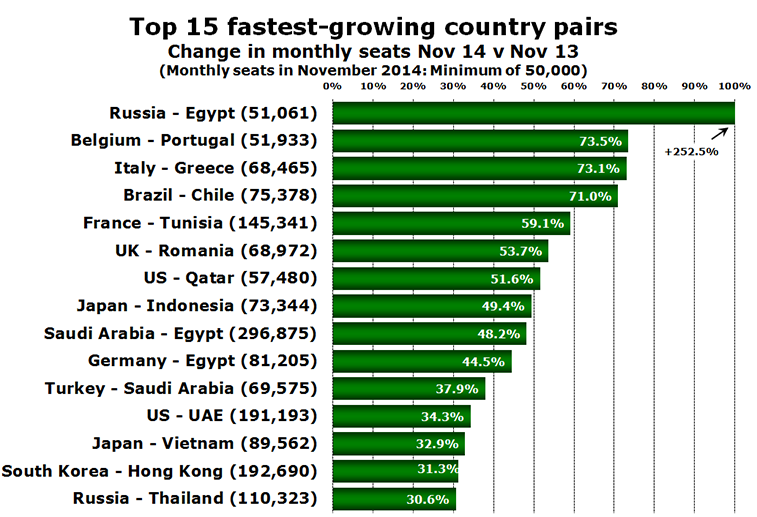 The apparent easing of political tension in Egypt has resulted in that market seeing a bounce back to previous levels, resulting in some impressive year-on-year growth rates, notably from Russia, Saudi Arabia and Germany. Several intra-European country pairs make it into the top 15 led by Belgium-Portugal, Italy-Greece and UK-Romania. There is one intra-South American market (Brazil-Chile), and three intra-Asian markets (Japan-Indonesia, Japan-Vietnam, South Korea-Hong Kong). All of these markets have seen year-on-year seat growth of over 30%.

Each year new country pairs receive non-stop air services for the first time, or see a resumption in flights after a break of sometimes several years. Excluding country pairs which may be getting services in winter that were only previously operated during the peak summer period reveals UAE-Taiwan, Netherlands-Indonesia, Kuwait-Philippines and UK-Colombia as significant new country pairs now served by non-stop service. In September, Cebu Pacific Air launched thrice-weekly flights between Manila and Kuwait City. The airline thus became the only carrier to serve the Philippine-Kuwait market with non-stop flights.