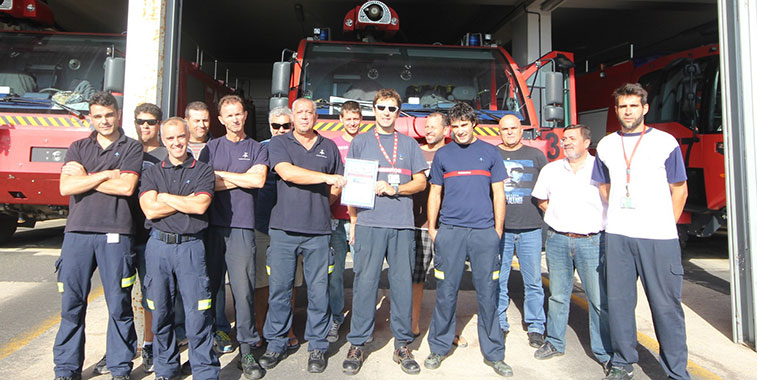 The lads from Lanzarote! Making it three wins in three weeks for Canary Islands airports were the firefighters from Arrecife. They joined Las Palmas (LPA) and La Palma (SPC) which won the recent public votes.

While the battle for the #1 spot in the 2014 inter-regional competition was sewn-up by Europe in about early-May, the tussle for second, between Asia and North America, still has the prospect of delivering some sort of close run-in, thanks to this week’s winners – Orlando. This means that North America, which was 2013’s global regional winner, in the inaugural competition last year, is now just two wins (with four) behind Asia (with six) in the fight for second place. With probably just four more weeks of competition left to go in the 2014 challenge, North America could still yet usurp Asia for the runner’s up spot. So for any North American airports out there with an FTWA planned for the next few weeks – make ‘em good ones. Keep Monitoring! 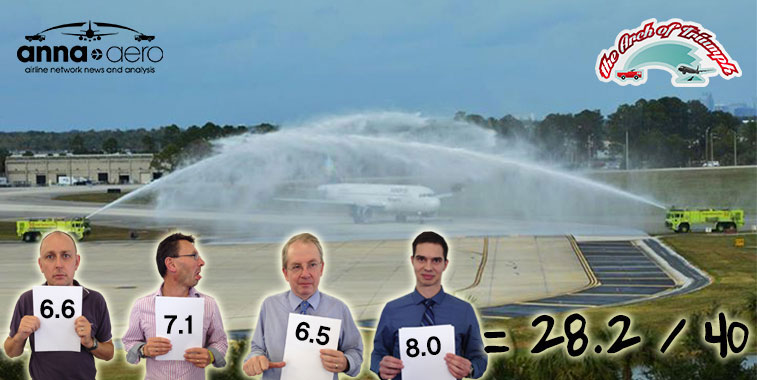 There is something a bit Mickey Mouse about this FTWA from Orlando.

Judge’s comments:  One thing I enjoy on trips to the US is the food. One item I particularly enjoy are the pancakes, smothered in maple syrup. Takes me back to my first visit to the US (also my first ‘proper’ flight in an aircraft – World Airways DC-10 from Gatwick to Baltimore/Washington, having only completed a pleasure flight on an Air Atlantique DC-3 at Coventry Airport before then) 30 years ago as a boy, when pancakes, along with Cheerios and seeing the A-Team for the first time, became strong memories I have obviously kept for three-quarters of my life. This ‘pancaked’ FTWA takes me right back to those days…so thanks for the memories Orlando. 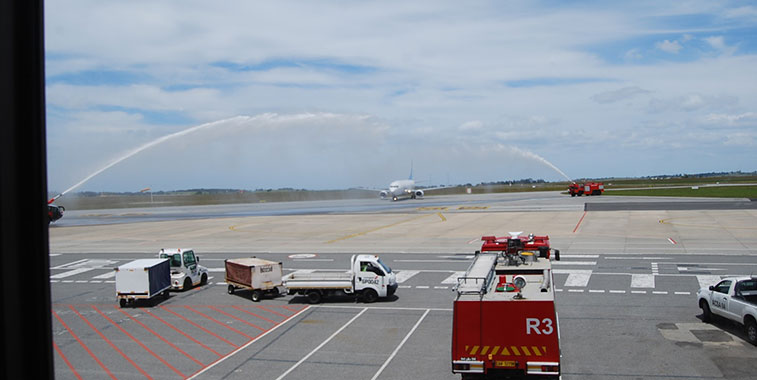 Somewhere in the distance, a FlySafair aircraft is receiving an FTWA from George Airport’s finest.

Judge’s comments: We had two pictures of the FTWA from this route launch. Believe it or not, this is the better one of the two. The scores would have been considerably lower if we had used the other one. As we like to champion rather than crush new route development, and revel in, rather than run rough-shod over an airport’s marketing efforts, we were nice (for a change) and used this one, albeit a little distant. We could save the other image for an upcoming feature I now have in mind – ‘FTWA’s we’d rather forget’. 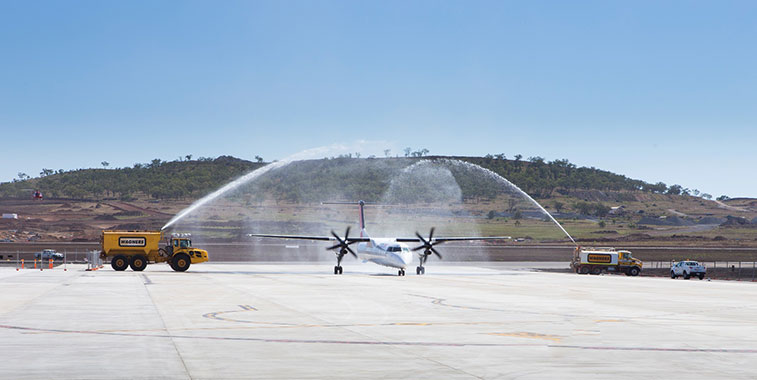 Strewth! Have they just hooked up a hose to any old vehicles they could find on the airport?

Judge’s comments: Having three young kids, including two boys, I know my way around vehicles…as I have to read books with their pictures in every night at bedtime. I was so intrigued by the vehicles being used here at the first airport to open in Australia for the last 50 years – Brisbane West Wellcamp (which is 130 kilometres from Brisbane by the way) – that I decided to ask my three-year-old (and also a vehicle expert) what he thought these vehicles were. His answer…fire engines…but I’m still not sure. The one on the left looks more like a cement truck to me. Remind me again how the Wagner family made all their money…