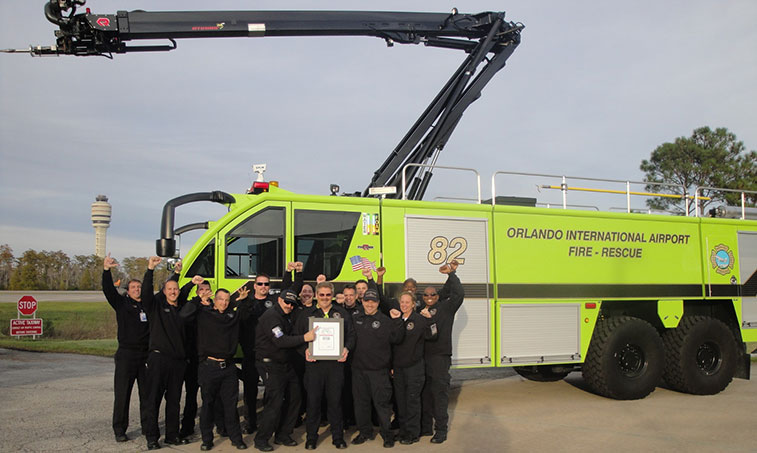 Is that a Snozzle I see on this tender?? I love a good Snozzle. Leading the Disney-esque celebrations in Orlando were Fire Chief Duane Kann and the C-Shift team District Chief Brad Roberts.

Forget how many shopping days there are until Christmas, there are only three more issues of anna.aero’s newsletter before our seasonal office shutdown, which means there are just three more chances for your airport to get onto the 2014 ‘Arch of Triumph’ leaderboard. And if you really put the effort into a bit of FTWA training before your route launch, you may even mount a challenge to the current #1 airport – Munich – which has been sitting at the top of the table since April. But let’s face it, you would have to average a score of 9.8 from all four judges in order to topple the South German titans – only an FTWA of absolute perfection would do at this stage of the competition. Special mention should go out to this week’s winners Abu Dhabi, which has the distinction of being the airport with the lowest winning score ever, replacing Malé at the bottom of the leaderboard with a score of just 7.8! Keep festive monitoring! 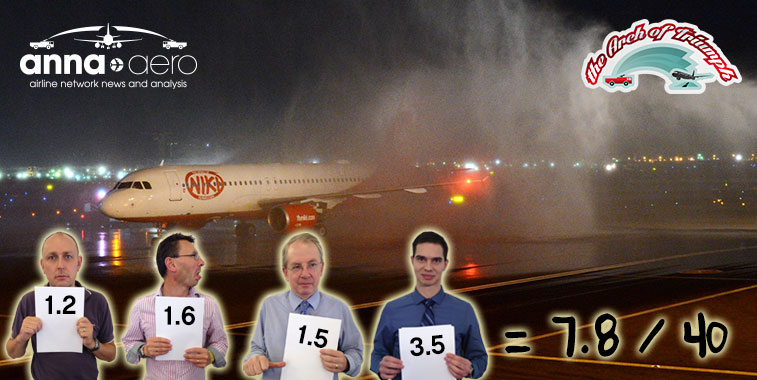 Judge’s comments: I think this has to be the FTWA that least looks like an arch in the whole history of the competition so far. One can only presume that some sort of desert wind played havoc with the water jets, either that, or the airport’s fire chief let the trainee firefighters have their first go on the monitors. At the least all the sand was washed off the aircraft.