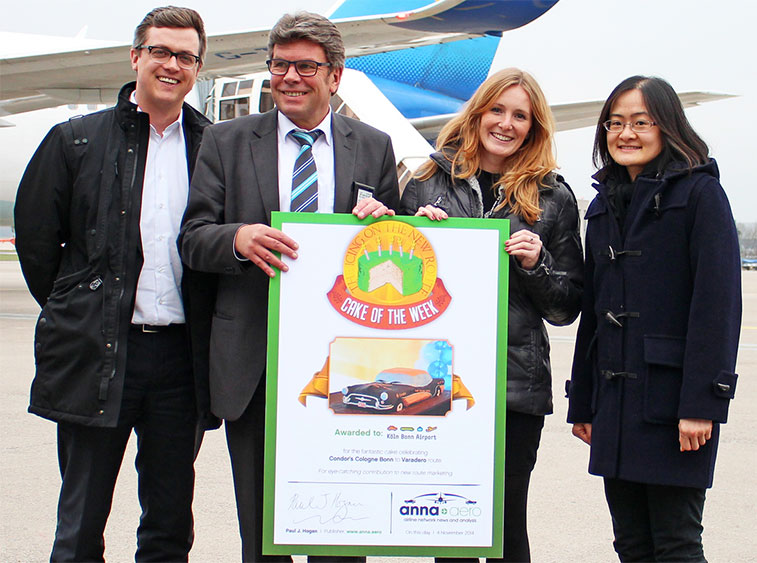 On 1 December, Detroit Airport welcomed with a cake its first 787-8 flight, when Royal Jordanian touched down from Amman. The carrier operates this sector twice-weekly via Montreal this winter, while starting next summer Royal Jordanian will offer non-stop services. Commenting on the arrival, Tom Naughton, CEO, Detroit Metropolitan Wayne County Airport Authority, said: “For Royal Jordanian to make this commitment and bring the 787-8 into Detroit is important. I think it says that Detroit is important to them and certainly they are important to us.” On 2 December, Miami Airport welcomed with a cake and a ribbon cutting ceremony Air France’s A380 for the first time, making the SkyTeam member just the second airline to offer A380 services to the airport. Lufthansa was the first airline to offer A380 flights at Miami, following the launch of Frankfurt operations in June 2011. Commenting on the arrival, Emilio González, Aviation Director, Miami-Dade, said: “This massive aircraft is a fitting parallel to Miami’s continuing growth as a destination for business and leisure travellers alike, and it will help support both of those sectors by bringing as many as 500 visitors to our community each day.” 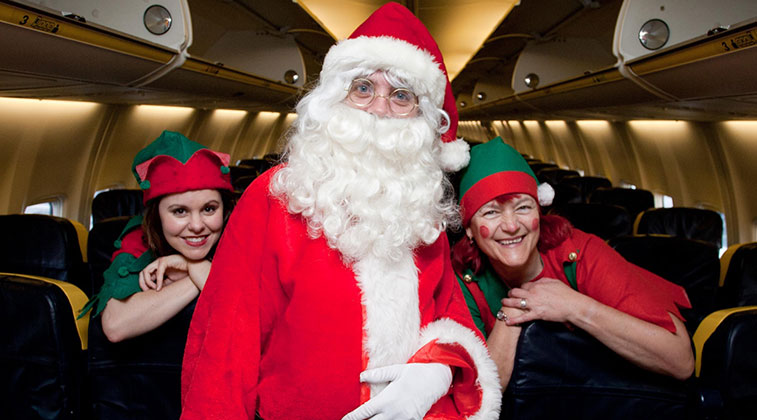 On 26 November, Shannon Airport and Ryanair have come together to spread some festive cheer by giving over 1,500 children across the West of Ireland the opportunity to meet Santa himself in the air free of charge. A total of 10 flights are scheduled to commence on 13 and 14 December, carrying around 1,900 passengers. Commenting on the announcement, Neil Pakey, CEO, Shannon Group, said: “Last year was intended as a one-off but we were inundated with requests from parents wanting us to do it again this year. We are delighted that Ryanair are partnering with us once again, so it’s lift-off for Operation Santa. The tricky bit of the operation is, of course, making sure the aircraft gets to the right speed for Santa to transfer from his sleigh, but all being well this should go smoothly.” 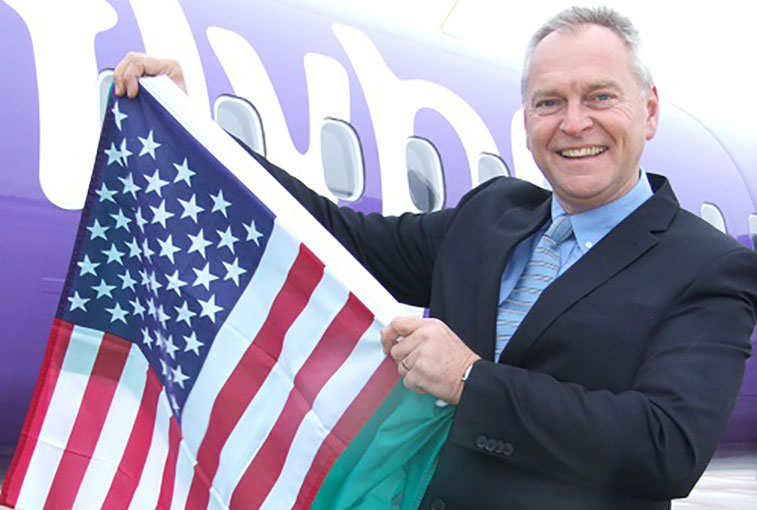 On 27 November, Flybe signed a new codeshare agreement with Dublin-based Aer Lingus for services from Southampton Airport. This enables Southampton passengers to access, via a single stop in Dublin, an even wider range of destinations across North America including Boston, New York JFK, San Francisco, Orlando, Chicago O’Hare and Toronto Pearson. Commenting on the achievement, Paul Willoughby, Regional GM UK (South), Flybe, said: “Our new codeshare agreement with Aer Lingus is another exciting development for Flybe and we are delighted to be working with such an excellent and well-respected airline. It further demonstrates our commitment to becoming a ‘One Stop to the World’, providing seamless connectivity from the UK regions for our customers so they no longer have to endure the hassle of travelling long-haul via the UK’s over-crowded south east hub airports.”