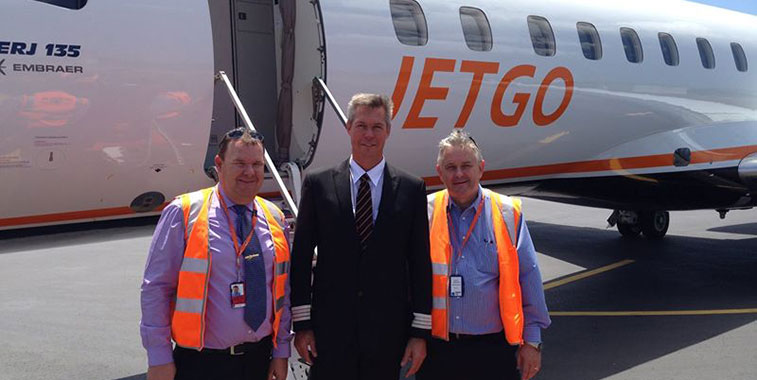 The JETGO Australia team of: Jason Ryder, CEO; Captain Gerry Hanstede; and Paul Bredereck, Managing Director. Scheduled services between Sydney and Gladstone launched on Monday 1 December, following the withdrawal of Qantas flights on the route at the end of August. The route will be served 11 times weekly, twice-daily Monday to Friday and once on Sundays.

The launch of a new airline is always an exciting time and this week saw the first commercial flight of JETGO Australia (IATA code JG), an Australian airline that has started double-daily flights between Sydney and Gladstone, the port city in Queensland. This follows the decision by Qantas to suspend service on the 1,120-kilometre route at the end of August. Gladstone Airport has a further 16 daily departures (on weekdays) of which 15 are to Brisbane (436 kilometres away) as well as a daily flight to Rockhampton, which is just 100 kilometres away.

JETGO has been around for a while offering on demand jet charter, or ad hoc air charter, for corporate, resource, government and private customers both within Australia and worldwide. Its fleet consists of three 36-seat ERJ 135LRs (registered VH-JGB, VH-JZG and VH-JTG). It originally planned to start scheduled services between Sydney and Roma (another airport in Queensland) on 10 November, but this was subsequently cancelled due to poor bookings. The airline received its AOC for RPT (Regular Public Transport) Operations on 3 October, and a second scheduled service between Brisbane and Tamworth is planned to start in mid-January, coinciding with the Tamworth Country Music Festival, which runs from 16th to 25th January and will feature US country legend Kenny Rogers. 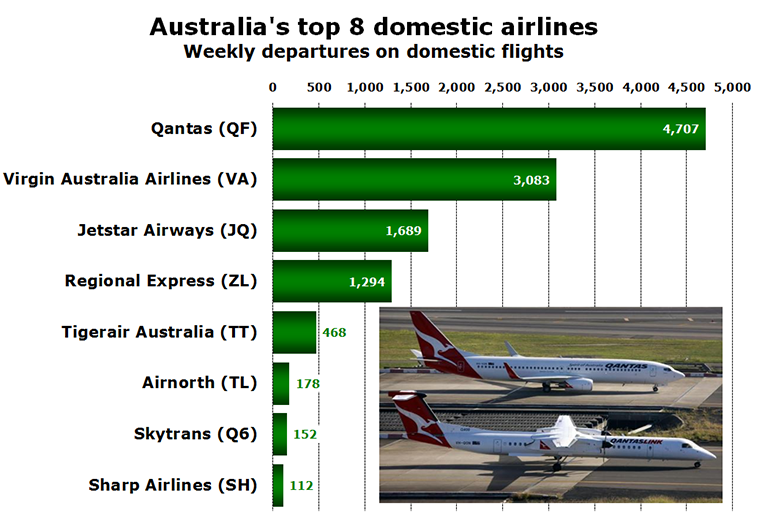