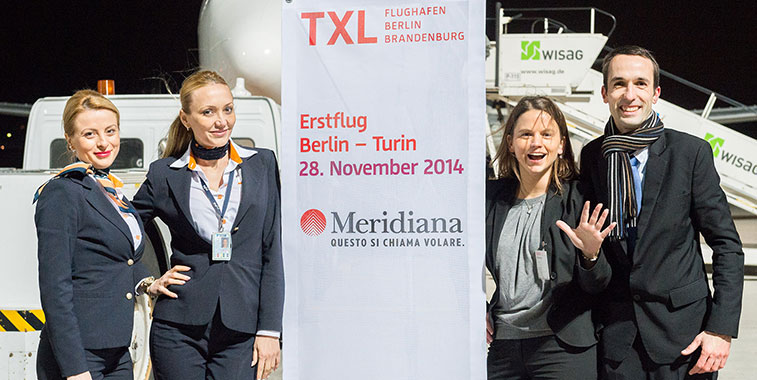 Meridiana started is only German service on 28 November, linking Turin and Berlin Tegel. The Blue Air-operated service will be flown twice-weekly.

Meridiana has started its third route from Turin (TRN) this week, adding its first international destination from the from the Northern Italian airport. The twice-weekly (Fridays and Sundays) service to Berlin Tegel (TXL) marks the airline’s only route to the German capital, and joins existing domestic operations to Naples and Cagliari. Started on 28 November, the 917-kilometre sector is operated by Romanian LCC Blue Air, using its 156-seat 737-400s. There is no competition on this city pair. Analysis of the Germany to Italy market is also available in this week’s newsletter.