Time is running out for airports to win prestigious marketing award 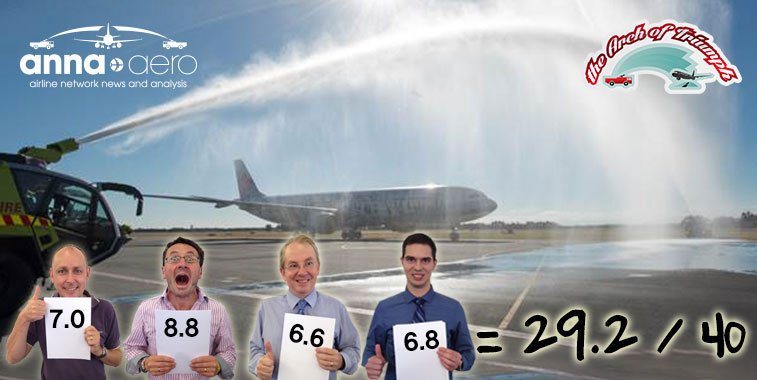 So far in 2014, there have been 39 weeks of anna.aero judges (there were also four weeks when the public decided the weekly winners) scoring the world’s FTWAs. The average winning score this year has been 29.8 (not including this week’s winner), a 4.6% improvement over the average winning score for 2013. While last year Australasia did not win a single week, this year it has at least mustered two victories, including the current one at Christchurch. The win sees the region distance itself from Africa at the foot of the table which has just one success so far in 2014. The Caribbean, Central America and South America are still yet to gain a weekly title in 2014, with the latter two regions having never won an ‘Arch of Triumph’ in the competition’s history. Keep Festive Monitoring!! 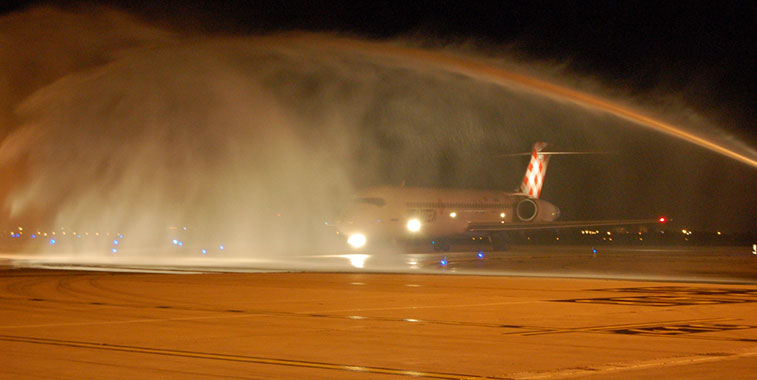 We all know the French love pancakes, but we didn’t realise it stretched to FTWAs as well.

Judge’s comments: There is a real mix of FTWAs style going on here…with the ‘Roman Cross’ being crossed with a bit of ‘Pancaking’. However, anna.aero’s judges are a prudish bunch and we vehemently dislike this fusion of styles, in the same way we would never buy a salad in McDonald’s – it’s just not right. As a result, this FTWA’s score has been adversely effected. 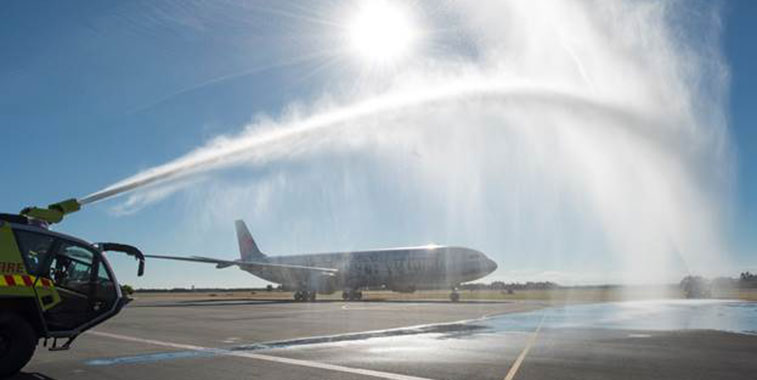 Looks nice and sunny in New Zealand – gives the FTWA a mystical feel.

Judge’s comments: Christchurch is the gateway to New Zealand’s South Island, and this FTWA is an homage to that status. There is a waterfall element to this arch too, which again is there on purpose to represent Browne Falls in Doubtful Sound in the far south-west of South Island, which at over 800 metres is the unofficial tallest waterfall in the country. However, there is no doubt about this FTWA – its ‘pai’. 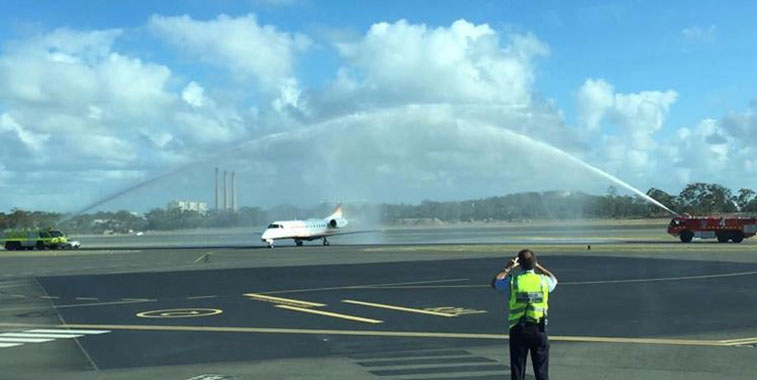 Who the hell is this guy photo-bombing the FTWA at Gladstone??

Judge’s comments: There’s always one isn’t there. Someone so wrapped up in their own little world that they don’t realise that the airport is busy trying to promote themselves to the world of airline network planners. Bet you he’s someone from Ops who patrols around the apron in his 4×4 telling people that their tug has been parked 3cm outside its official parking bay – yet he’s allowed to photo-bomb to his heart’s content. If anyone from Gladstone Airport reads this – dob him into us – and we will reveal all next week!! 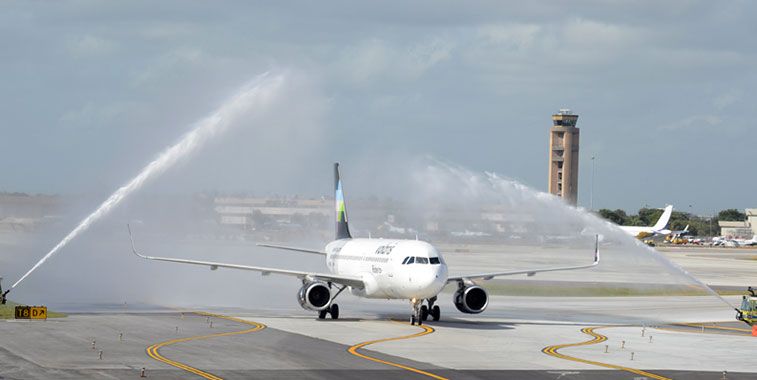 Left Tender: “Whatever you do, don’t hit the new winglets!” Right tender: “What winglets? Oh…those ones…”

Judge’s comments: If you were to take the angle of the water jets between those two offered here in Fort Lauderdale you would have the perfect angle for a great FTWA. One is too high, one is too low. Back to the drawing board for the Floridian firefighters methinks.