Christchurch Airport received its anna.aero Cake of the Week certificate, awarded for China Airlines’ new service from Taipei Taoyuan. The route is operated thrice-weekly (Mondays, Thursdays and Saturdays) via Sydney. On 4 December, NIKI announced plans to commence operations from Bratislava starting from next April, to Brussels and Palma de Mallorca on 1 April and 2 May respectively. Slovakia will take over EU presidency in second half of 2016 so the Brussels route is expected to be used by politicians shuttling between Bratislava and the European capital. Besides these two links, NIKI will also commence services to its Vienna base, even though the Austrian capital is 70 kilometres away from Bratislava. This airport pair should take approximately 10 minutes, which will make it one of the shortest international flights in the world. On 9 December, Flybe announced its full 2015 summer schedule from Southampton Airport featuring 28 routes with a total choice of up to 320 weekly flights across its extensive UK and Europe network. This includes two new routes to Bastia in Corsica and Milan Malpensa, as well as the continuation of its sun routes to Alicante, Faro, Malaga and Palma de Mallorca. On 3 December, Emirates’ A380 touched down at Houston Intercontinental Airport from Dubai, a sector served on a daily basis. The arrival of the MEB carrier’s 489-seat A380 was celebrated with a cake ceremony and the traditional water arch salute. Emirates has operated this airport pair since 2007, having carried over 1.2 million passengers between the two cities to date. Commenting on the achievement, Hubert Frach, SVP Commercial Operations West – Americas, Africa, Europe and Russian Federation, Emirates, said: “Commencing A380 service to Houston will enable Emirates to grow alongside the city, which is experiencing strong economic development and the highest employment growth rate in the country.” 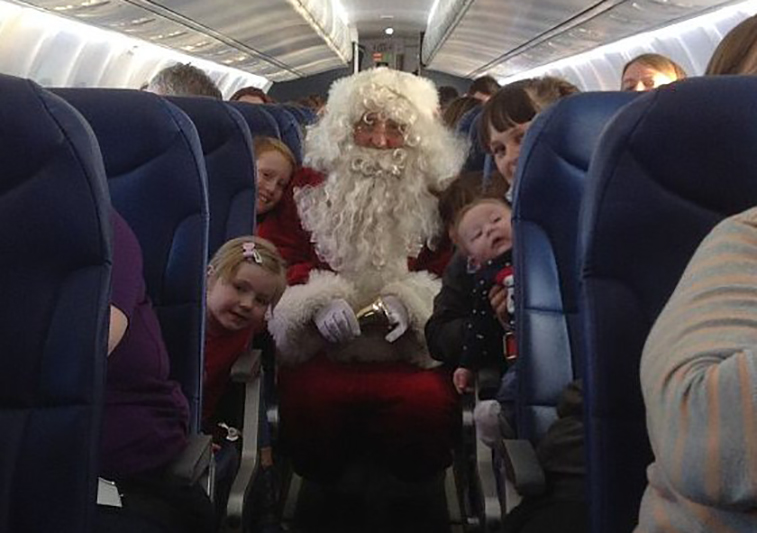 On 6 December, Santa Claus swapped his sleigh and reindeer for a sleek Stobart Air plane to help raise money for an Essex charity and deliver an enchanting experience in the skies for local children. In fact, two special Santa flights departed from London Southend Airport, whisking children with friends and family members off on a unique adventure over the county. Tickets were priced at just £40, with the proceeds going to Fair Havens Hospice. Overall, around £4,000 was raised for the charity. Commenting on the special departure, Jason Ivey, Operations Director, London Southend, said: “The festive Santa Flight was a truly magical day out for the children and their families, so we were delighted to be able to provide this while also raising much-needed funds for such a great local charity.”