Europeans prepare to hit the slopes this winter; easyJet #1 carrier for passengers heading for the Alps 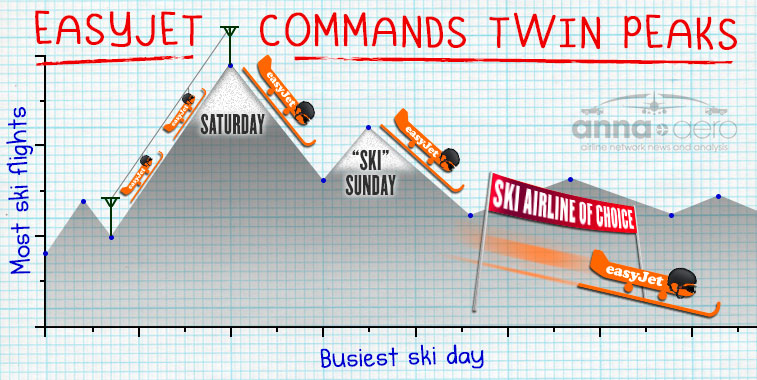 Mega mogul: anna.aero’s analysis of eight key Alpine airports shows easyJet has powered ahead as the airline of choice for the most popular ski resorts this winter, with by far the most flights on peak days, including 88 ski flights to Geneva alone on the Saturday analysed (anna.aero says “enjoy skiing and snowsmart” – always wear approved head protection).

With Christmas and its related work-free days rapidly approaching, many Europeans are preparing to head for the Alps and enjoy a winter vacation on the slopes. This week anna.aero takes a closer look at the operations of eight airports across four countries which are recognised as important gateways to some of the most popular skiing regions in the Alps. Some of these airports such as Geneva, Lyon and Turin are busy airports all year round, while others such as Chambery and Grenoble are very much niche airports dedicated almost exclusively to winter operations. 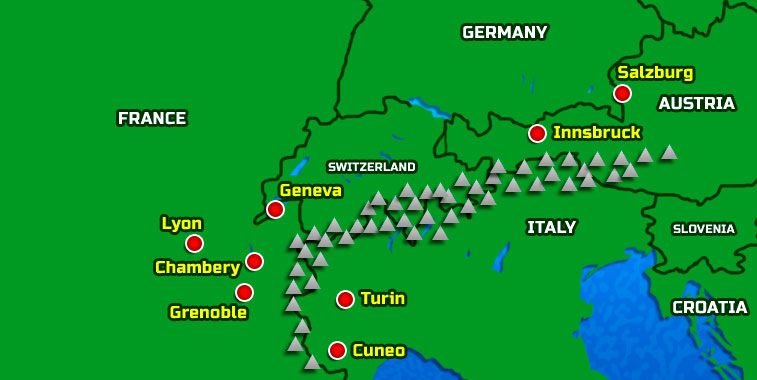 The two busiest airports among the eight analysed are Geneva and Lyon. In early December (Saturday 6th), the number of scheduled flights on a Saturday is less than on most other days of the week, but thereafter at Geneva, Saturday becomes the busiest day of the week, closely followed by Sunday. In Lyon, the effect is less marked, but at least over the Christmas / New Year period the number of Saturday flights is comparable with other days of the week. By mid-January Lyon’s daily movement profile is back to the early December profile, while Geneva’s remains significantly different. 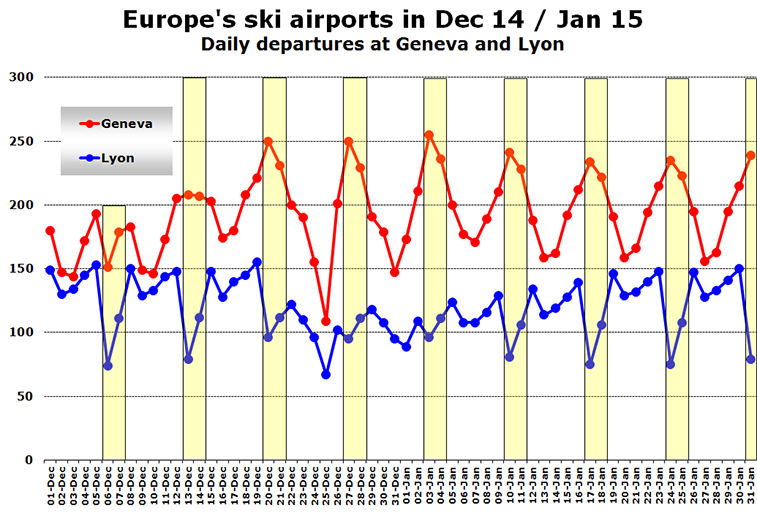 Across the other six airports analysed the impact of the start of the winter ski season varies considerably: 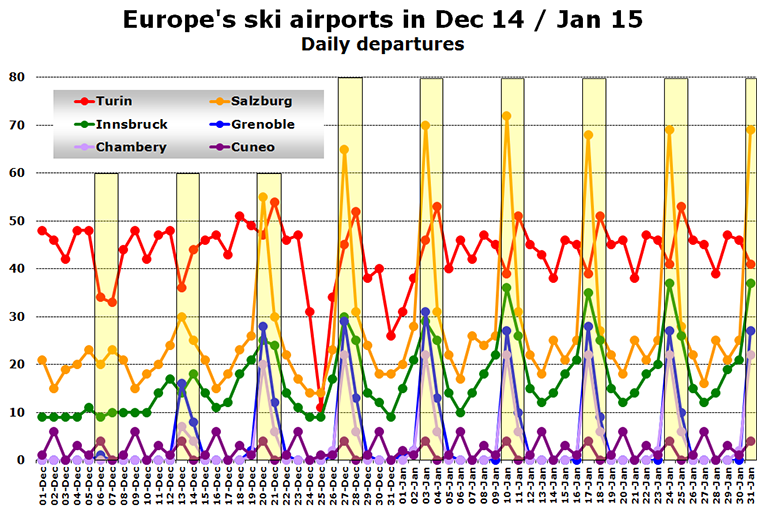 New scheduled routes starting this winter across these airports include:

The winter ski market also generates a significant number of charter services which are harder to keep track of.

easyJet: the airline of choice for Europe’s skiers

Analysis of flights across these eight key airports serving the Alps on Saturday 3 January 2015 reveals that one airline operates more than three times as many scheduled flights as any other. easyJet, it would seem, has positioned itself as the airline of choice for those passengers wanting to visit the Alps this winter, with the most flights to these airports on the key days for ski traffic. On the Saturday analysed, it operates 10 daily flights between London Luton and Geneva, and a further 20 daily flights from London Gatwick to Geneva. easyJet operates to six of the eight airports analysed (all except Chambery and Cuneo). However, 88 of its 131 flights on 3 January are from its base at Geneva. 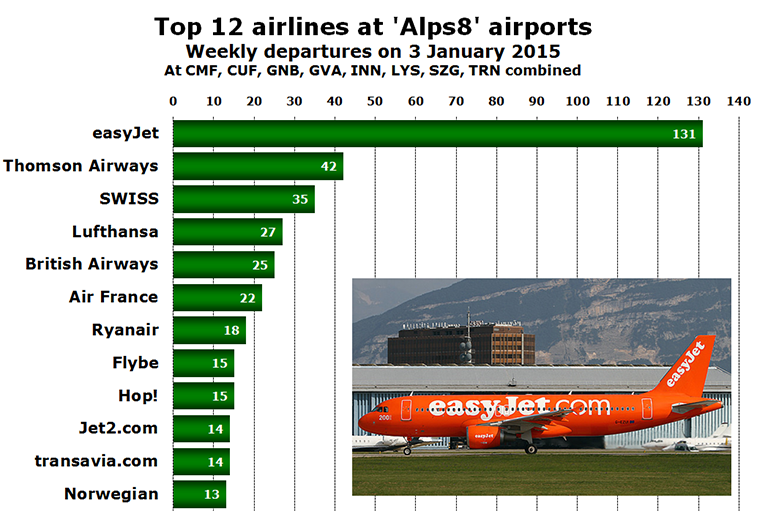 Despite the presence of two Italian airports and two Austrian airports, the flag-carriers of those countries (Alitalia and Austrian Airlines) do not make the list. However, Air France and SWISS, do make the list as major players in the Lyon and Geneva markets. Other LCCs targeting the cost-conscious ski traveller include Jet2.com, Norwegian, Ryanair and transavia.com.

A busy Saturday (we’re guessing) at Grenoble-Isère Airport last winter. UK-based airlines dominate the apron, including easyJet, which operates more flights this winter on a Saturday to airports serving the Alps, than any other carrier.