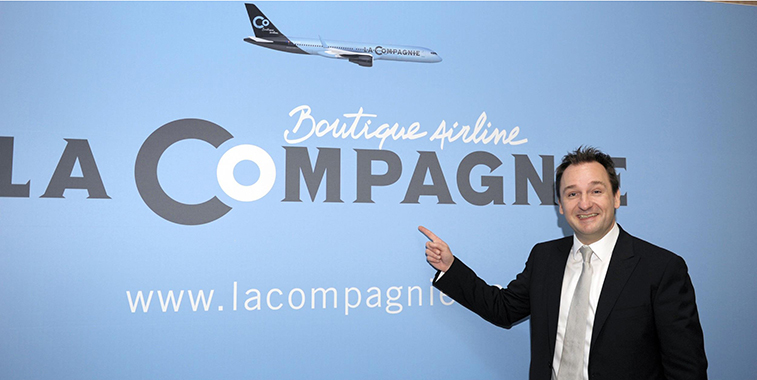 La Compagnie CEO and founder Frantz Yvelin has successfully steered the fledgling ‘boutique airline’ through its first six months of operation. Its initial Paris CDG to New York Newark route could well be joined by flights from London in Spring 2015 – but from which airport?

Having started services between Paris CDG and New York Newark this summer, the highly-lucrative London to New York market seems to be the next calling for French all-business carrier La Compagnie. Driven by the planned delivery of its second 757 this month, the self-styled ‘boutique airline’ is evaluating three of the UK’s capital city airports – London Gatwick, London Luton and London Stansted. Noticeable by its absence, was London Heathrow, where there would be considerably more head-to-head competition for the airline. Early frequency indications suggest that the airline will initially offer five weekly services from the successful London airport.

Currently there are no direct services from either Luton or Stansted to New York. However both airports do have ‘form’ in the all-business airline market. EOS Airlines, which also used 757s for its services, operated between New York JFK and Stansted from October 2005 to April 2008, when it ceased flights. The carrier had intended to start a route to Newark from the London airport in May 2008 (as well as Dubai in July 2008), but these plans never came to fruition. In addition, MAXjet Airways operated the Stansted to JFK route between November 2005 and November 2007, before it too went bust. Incidentally, between October 2007 and July 2008, American Airlines also offered the same airport pair during this short-lived golden period for US routes for the north London facility.

Over at Luton, while the market was less congested, it too basked briefly in the all-business passenger experience. This time it was Silverjet, which burned brightly between January 2007 and May 2008, offering services to Newark rather than JFK, and using 767s (as did MAXjet) rather than 757s. Unlike EOS, it did briefly get its Dubai route into operation, with flights offered between November 2007 and its demise. 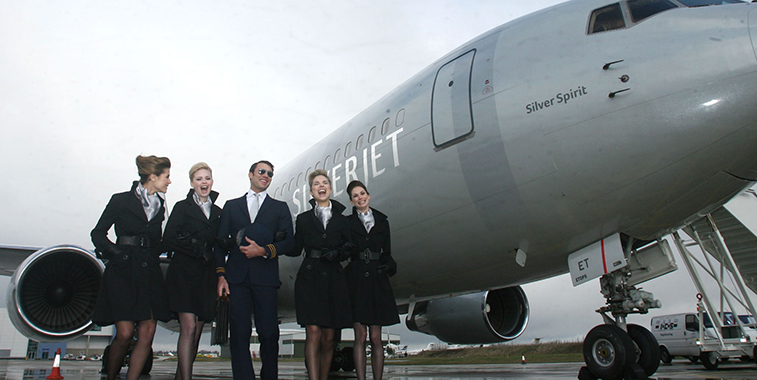 All smiles back in October 2007 when EOS Airlines and MAXjet Airways offered all-business New York JFK services from London Stansted (and American Airlines’ more traditional services), as well as Silverjet flying to New York Newark (above) from London Luton. By the end of July 2008 these services had all been terminated.

195 weekly flights to NYC from Heathrow

Down at Gatwick, the airport currently offers a thrice-weekly operation to New York JFK with Norwegian, but was never involved in the all-business market, despite plenty of service to the Big Apple’s gateways. In the recent past, Zoom Airlines offered low-cost services to JFK during June 2007 and August 2008, with British Airways serving the same airport pair between October 2008 and October 2009. Moving services across London in 2008 were Delta Air Lines and Continental Airlines (as it was then), which left Gatwick for Heathrow in August and October that year respectively. However, the real competition for La Compagnie in the London market will come from those incumbent airlines which operate out of Heathrow, as follows:

In addition to the above, British Airways also flies 11 times weekly from London City, with its 32-seat, all-business A318 service.

Naturally, the route development teams at the three London airports mentioned as the potential bases are all keen to win this new all-business business. When asked, MAG’s (Stansted’s operator) CCO Ken O’Toole said without hesitation: “We’re always engaged with carriers looking to grow!” He continued: “New York is the largest unserved long haul destination from Stansted with more than one million point-to-point passengers for whom Stansted is most convenient, being forced to travel from other London airports. Since MAG acquired Stansted, thousands of corporates located in the London-Cambridge corridor have told us they want direct services from Stansted because of its proximity and efficiency. Our discussions with established US and UK carriers and prospective new entrants on the market give us high confidence that services will be secured.”

Gatwick in the game too

Despite their pedigree in the all-business market, O’Toole and Stansted are up against two fierce competitors for this slice of lucrative new route cake. “We can confirm that we have been in discussions with La Compagnie, as we are with a number of different airlines regarding exciting new routes for London Gatwick,” says Simon Edwards, Gatwick’s Airline Business Development Manager. “With one in five of our passengers now travelling on business through Gatwick and with award winning facilities and service, Gatwick is an airport that truly caters for the business passenger.”

More private jets than you

Luton has certainly one benefit over the other two airports, it is well known by the travel elite, those people flying around in private jets – and indeed part of the target market for any new all-business service. A spokesperson at the airport said: “Exclusive business-class services between London and New York are nothing new at London Luton Airport (LLA); in fact we’re the busiest airport in the UK when it comes to private jet traffic. LLA’s proximity to the city’s heart and excellent transport links make us the quick and convenient choice. As we embark on a programme of transformation to simplify the airport experience, making travel easy and enjoyable, the next big opportunity is to satisfy our passengers’ needs with a direct commercial service to New York.”

La Compagnie, which started its CDG operations with just twice-weekly services on 21 July, has continued to make progress in terms of its Paris schedule, and is now offering six weekly rotations until 20 December, when it will increase its operations up to daily, according to the airline’s website. Surprisingly it has chosen to move into the London market rather than electing to add another daily frequency from Paris. However, the airline’s CEO Frantz Yvelin has said that its load factors have “exceeded 50%” during the first three months of operation, and that November’s loads were “definitely a few points above that,” so its current performance may be the reason why the airline is seeking a fresh European market rather than adding more capacity in the French capital. 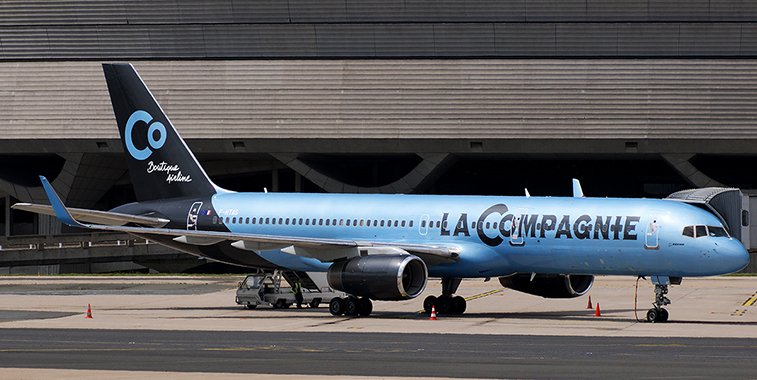 La Compagnie’s initial 757 (F-HTAG, above), will be joined by a second aircraft, which will allow it to expand into the lucrative London to New York market. However, competition will be tough for the all-business airline, with incumbents Norwegian, British Airways, Virgin Atlantic Airways, American Airlines, Delta Air Lines, United Airlines and Kuwait Airways unlikely to just hand over their hard-won passengers on their combined 195 weekly flights.