On 3 December, Denver Airport celebrated with a cake and a ribbon cutting ceremony the launch of United Airlines’ daily flights to Panama City. Addressing the audience shortly before the airline’s first departure is Steve Jaquith, MD Denver base, United. 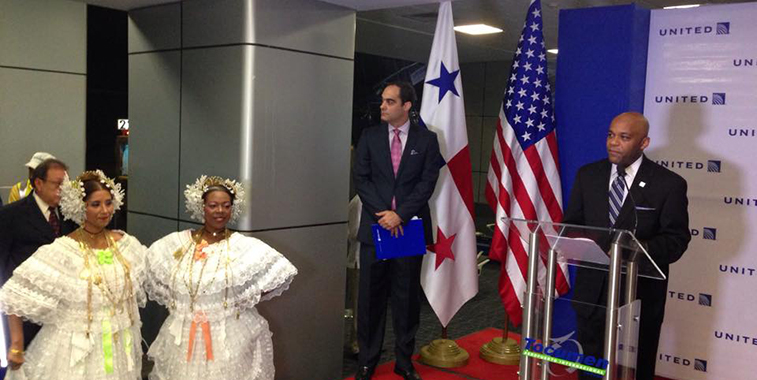 The same day, United Airlines touched down at Panama City, where it was welcomed with traditional Panamanian dances and music. Marking the achievement is Michael Hancock, Mayor of Denver.