oneworld member SriLankan Airlines is big in India and growing in China; London Heathrow is still #1 route for ASKs 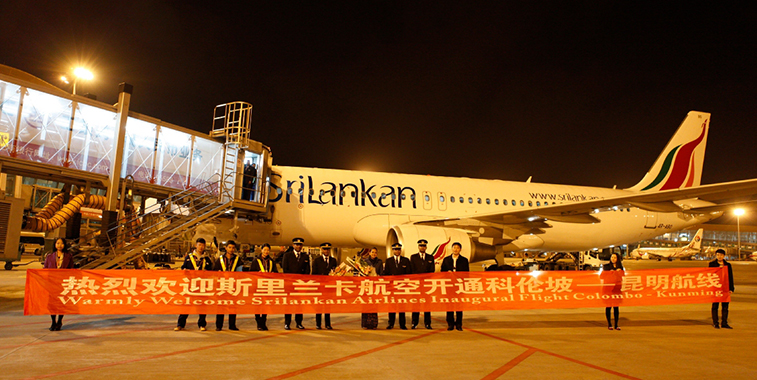 SriLankan Airlines’ most recent route launch was to Kunming in China on 1 December, which it serves non-stop with thrice-weekly flights. The airline also serves Beijing, Guangzhou and Shanghai with scheduled services. For Chinese New Year, there will also be a handful of charter flights to Chengdu.

Sri Lanka’s national carrier SriLankan Airlines joined the oneworld alliance on 1 May 2014. This was a big step for the relatively small carrier, which serves around 30 international destinations from its base in Colombo with a fleet of 21 Airbus aircraft. The airline has benefited from the improved political and social situation in the country and passenger numbers soared by over 65% between 2010 and 2013. The average network load factor across the year has also been steadily rising, passing 75% for the first time in 2003 and then 80% in 2013. 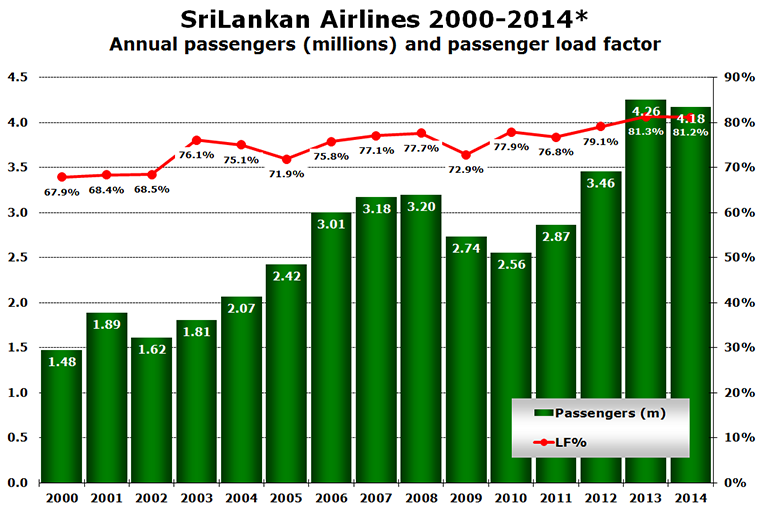 With its current fleet of eight A320s, seven A330s and six A340s, SriLankan offers a network of routes to Europe (dark green), the Middle East (pale green) and within Asia (bright green). If measured by ASKs (Available Seat Kilometres), which takes into account sector length and the size of aircraft, the airline’s biggest route by some distance is its nine times weekly service to London Heathrow. This route accounts for twice as many ASKs as the airline’s next biggest route to Frankfurt. 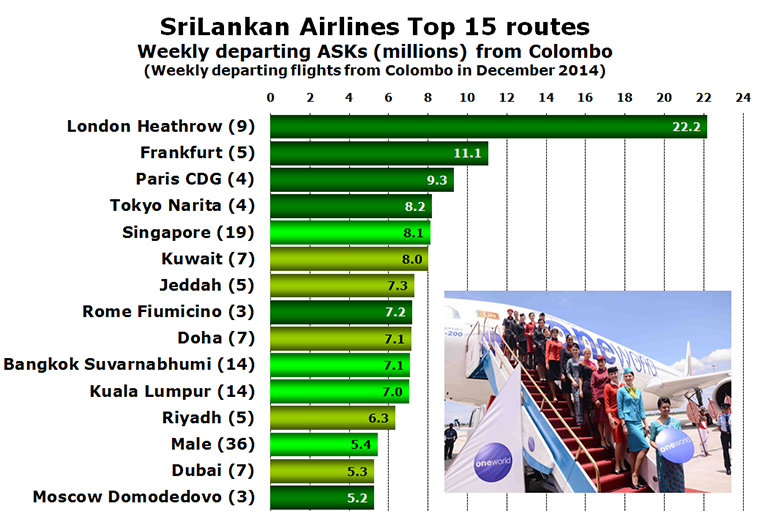 The airline’s most recent new destination is Kunming in China, which SriLankan has been serving with thrice-weekly flights since 1 December. A year ago SriLankan served both Beijing and Shanghai via Bangkok, but since the beginning of the summer there are now two weekly non-stop services to both destinations. In addition there are two weekly flights to both of these destinations via Hambantota, while Guangzhou is served four times weekly via Bangkok in both directions. SriLankan Airlines officially joined the oneworld alliance on 1 May 2014. The event was celebrated at a major event at Colombo Airport along with representatives of all the other oneworld alliance member airlines. Just two new destinations were added to the oneworld network; Hambantota in Sri Lanka and Tiruchirappalli in India.