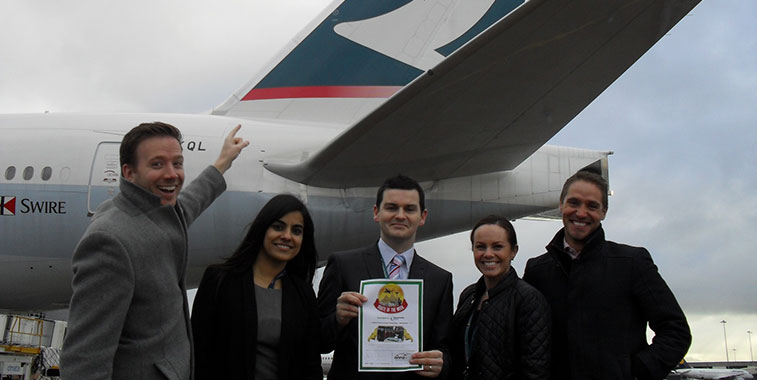 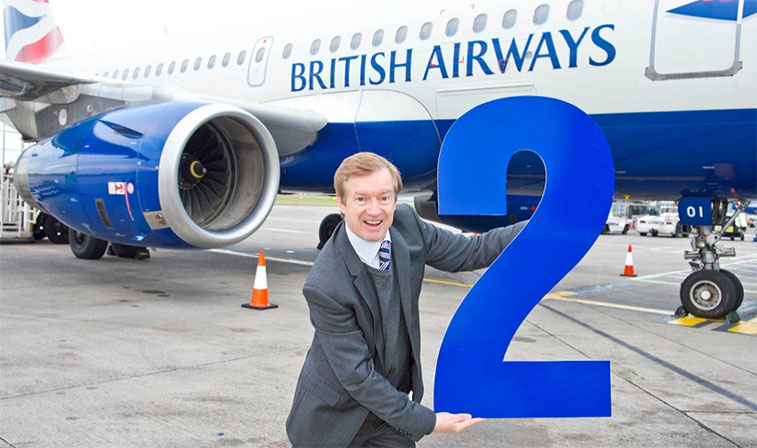 On 10 December, British Airways celebrated its second anniversary at Leeds Bradford Airport with its 250,000th customer Terry Fisher. Terry, who is based in Leeds, frequently travels from the Yorkshire gateway to connect with BA’s flights to California from Terminal 5 at London Heathrow. In the two years since BA started flying from Leeds Bradford, the airport has the second highest number of customers transferring from UK domestic flights onto connecting BA services from Heathrow. Celebrating the achievement on the apron is Tony Hallwood, Aviation Development Director, Leeds Bradford Airport. On 10 December, Ryanair celebrated 100,000 passengers at its new Glasgow base, which opened at the end of October. The Irish LCC has seen huge demand on routes from its third Scottish base, which operates seven new routes this winter and nine new routes for summer 2015, delivering over 850,000 passengers per year. The lucky passenger was Harry Campbell, a business traveller from Paisley in Renfrewshire, who was travelling to London Stansted. He was awarded an early Christmas prize by Ryanair’s Lisa Buckley and Maria Macken. On 5 December, flydubai touched down at Prague Airport from Dubai, with four weekly flights. The 4,466-kilometre sector that is already served by Emirates (daily) and SmartWings (four times weekly), will be operated by flydubai’s 174-seat 737-800s.

On 6 December, members of the 3rd District, Airport Fire Operations of the Chicago Fire Department were honoured to help volunteer employees from United Airlines with their 2014 Chicago O’Hare “Fantasy Flight”. This service takes terminally ill children on a flight to the North Pole to visit Santa, and to hopefully forget their troubles for at least a day. 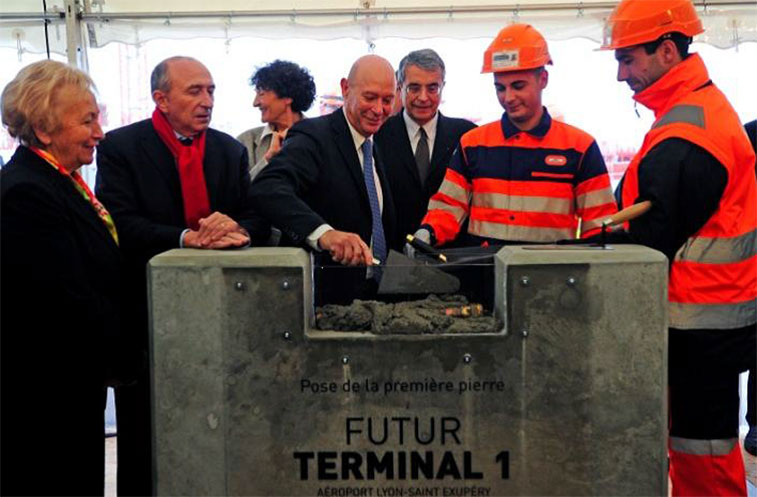 As of December 14, four Trenitalia Frecciargento connect Rome, Fiumicino, Florence, Bologna, Padua and Venice. High speed rail at Rome Fiumicino Airport is the result of a joint commitment of Trenitalia (Gruppo FS Italiane) and Aeroporti di Roma. Over the last year, the airport management company began discussing with the many airlines (over 100) operating at the main Italian airport, the possibility of the new high speed rail links to and from the airport. The enthusiasm of the carriers was unanimous. Particular interest was shown by the companies that operate in Asia, the Americas and the Middle East, which account for about 15% of the total traffic and which will close 2014 with over six million passengers.

London City Airport has been inviting passengers to send Christmas messages across the miles to friends and family overseas. Passengers can visit a log cabin in the departure lounge at the Docklands airport until 19 December, where they can appear on film, recording their message for free. Some lucky visitors have been surprised with gifts, including free flights to help reunite them with the person they left the message for.