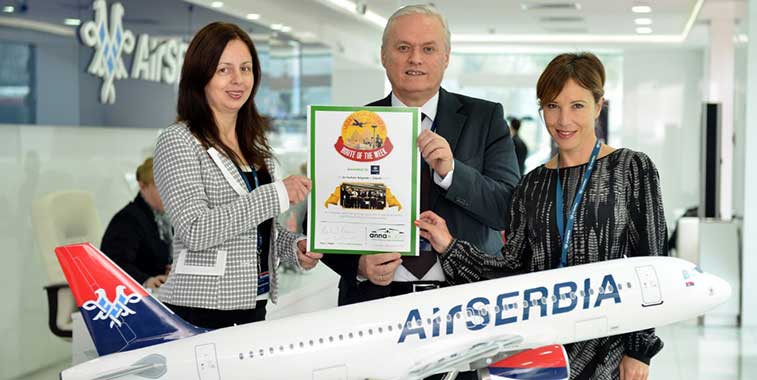 Air Serbia received its Route of the Week certificate, awarded for the resumption of services between Belgrade and Zagreb following a 23-year hiatus. Commenting on the achievement, Dane Kondić, CEO, Air Serbia, said: “This award is highly symbolic for us, as it recognises the importance of the Belgrade-Zagreb route from the perspective of an international industry expert and for this we are thankful. The award reinforces our strong conviction in the potential of the route in bringing closer the people and economies of the two countries and to significantly contribute to the development of bilateral relations, particularly in transport, trade and tourism.” Posing with the award are: Dragana Frantov-Nikolić, Manager for Sales Efficiency; Dragan Nikitović, Head of Commercial Operations; and Tamara Rodić, Head of International Affairs and Alliances. 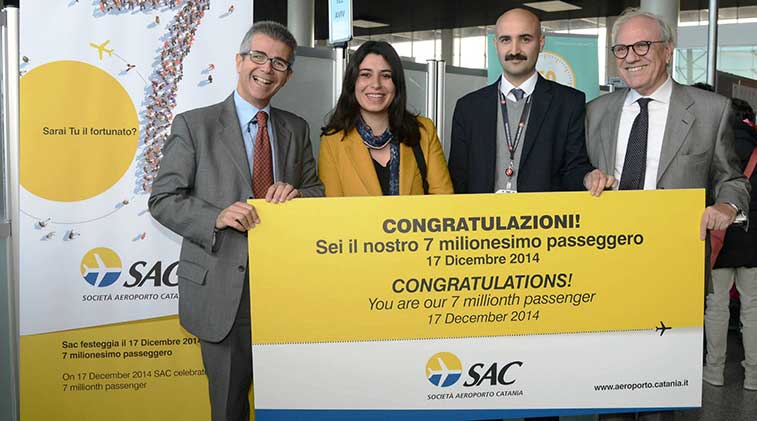 On 17 December, Catania Airport celebrated seven million passengers in 2014. The lucky passenger was Turkish student Sevda Atak from Ankara. He was awarded a pair of return flights from the Italian airport. 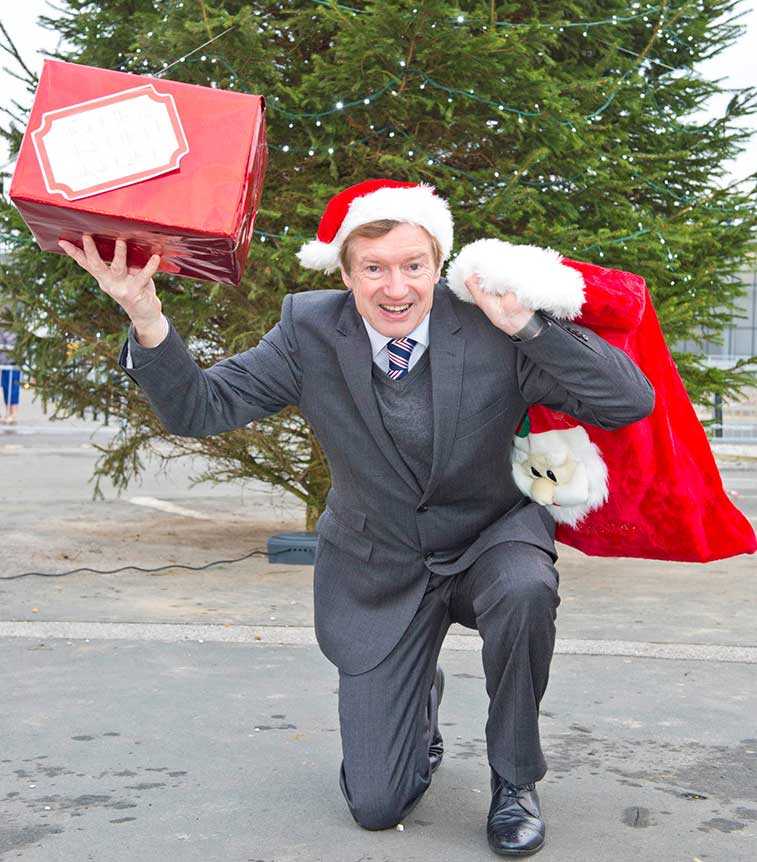 Leeds Bradford Airport is preparing for the busiest ever Christmas and New Year with 100,000 passengers expected to pass through the airport over the two week holiday period. The festive rush tops off another successful year for the airport, which has seen more than 3.2 million passengers pass through the terminal. Over the festive period thousands of passengers will be flying from Yorkshire’s gateway jetting off home to be with loved ones or to take advantage of the wide choice of flights and holidays to over 20 sun, ski and city destinations. In addition, the Canary hotspot of Tenerife is the top selling destination as holidaymakers go in search of winter sun over the festive season. For those wanting to play golf and enjoy a well-earned Christmas break, the Algarve is proving a popular choice. Tony Hallwood, Aviation Development Director, Leeds Bradford, said: “We look forward to welcoming passengers to Leeds Bradford over the festive period and our airport team will make the start of their Xmas Getaway as relaxing as possible. As record numbers of passengers take advantage of our wide choice of destinations searching for some sun or snow, we also look forward to giving our overseas visitors a truly warm Yorkshire welcome.’’ On 17 December, Santa and his six reindeer landed his “Sleigh380” at Manchester Airport to unload 500 presents, ahead of a big surprise for inbound passengers on Friday morning in Terminal One at the UK’s third busiest airport. On Friday, as passengers return from sunny climes such as Dubai, Spain and Greece, they will be met by Manchester’s Winter Wonderland, and given the opportunity to select one of 500 mystery boxes, all overseen by Santa Claus himself. A total of 250 boxes will contain a festive cupcake, the other 250 will have golden tickets to a range of prizes including bikes, iPods and TVs. 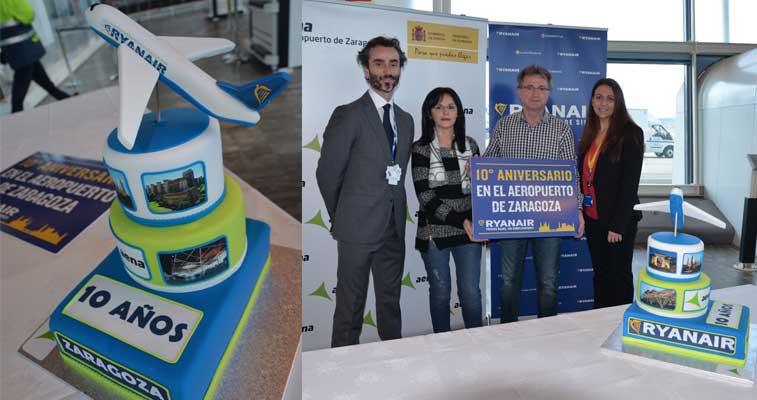 On 17 December, Ryanair celebrated its 10th anniversary at Zaragoza Airport. According to Innovata schedule data for this December, the Irish ULCC is serving four destinations from Zaragoza, namely Milan/Bergamo, Paris Beauvais, Brussels Charleroi and London Stansted. 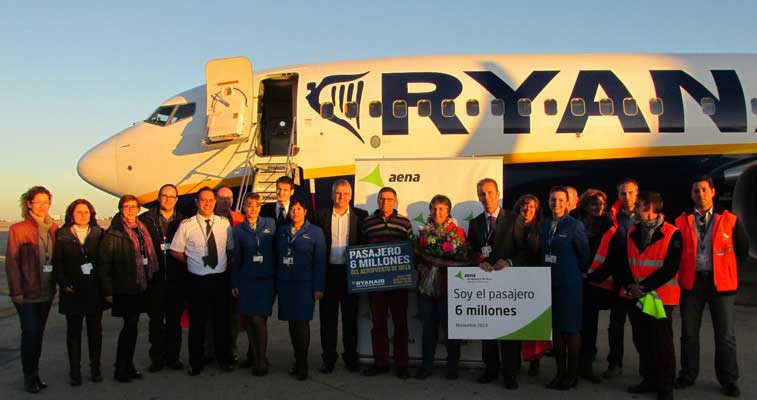 On 16 December, Ibiza Airport achieved a new milestone, when it posted a new record high of six million passengers. The lucky passenger was travelling with Ryanair from Valencia and was awarded a pair of return flights.