On 19 December, Hong Kong Airlines began a five times weekly service from Hong Kong to Sapporo Chitose in Japan. Before departure, models dressed in traditional Kimono, presented every passenger with an inaugural flight certificate and souvenir in gratitude for their support of the new route. On arrival in Japan, passengers were greeted by “Tomachoppu” and “Kitapyon” – mascots for Hokkaido’s tourism campaign. 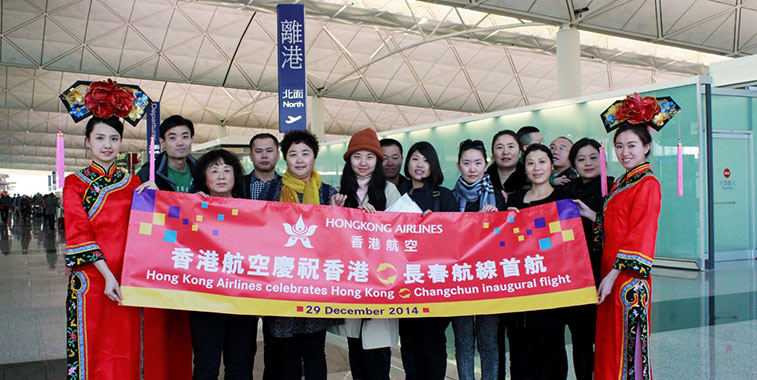 On 29 December Hong Kong Airlines started its second new route of the month, with the addition of twice-weekly flights to Changchun. The airline invited two Changchun ambassadors dressed in Manchu attire to present every passenger with an inaugural flight certificate and souvenir.