Fuerteventura shows off its winner’s certificate; first blood to Europe 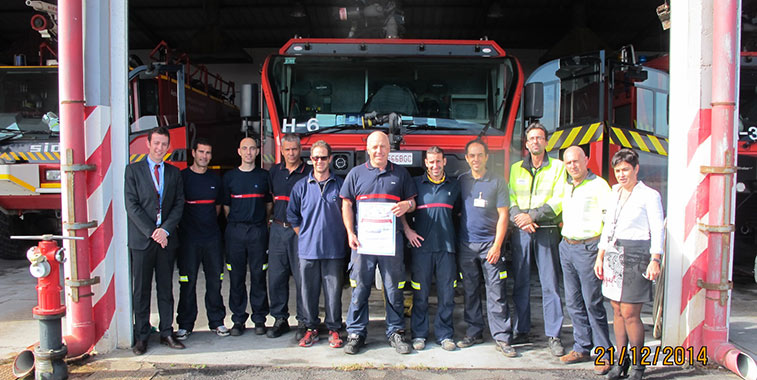 Happy New Year FTWA readers!! The leaderboard slate has been wiped clean. Any airport in the world can again claim their five minutes of airport marketing fame by getting an early win in the 2015 ‘Arch of Triumph’ competition. With two wins from two, thanks to world-beating efforts from Tenerife North (2013 Champions) and Munich (recently crowned 2014 Champions), Europe’s airports have set the bar in terms of what the world’s airport firefighters have to do in terms of winning the weekly battles and the overall annual FTWA war. With a busy two weeks to cover from route launches over the festive season, there is an impressive daring dozen FTWAs vying for victory this week. However, it’s a European airport setting the early pace for those to follow over the next 50 weeks of competition, which will also include the public votes at the start of the S15 and W15/16 operational seasons in March and October. Keep monitoring!! 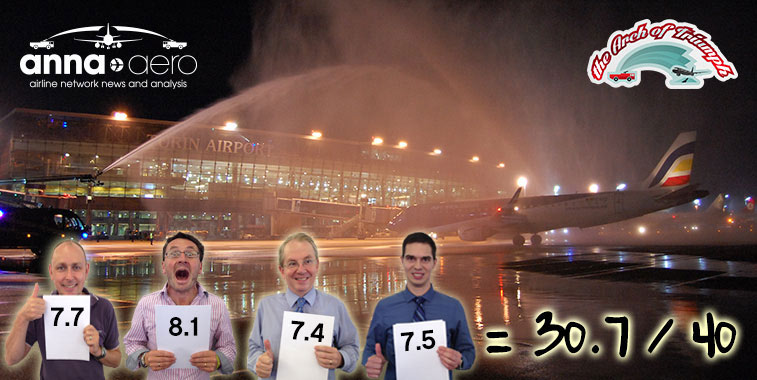 Rarely seen outside Turin, this is a unique FTWA, known as the ‘Lingotto’…

Judge’s comments: To the untrained eye of the unseasoned FTWA reader, this just looks like a good FTWA from the ragazzi e ragazze at Turin Airport. However, it is one of the lesser-known, local style FTWAs which emulates the sweeping lines of the race track on top of the Fiat factory in the Lingotto district of the city. Bet you’re glad we told you the error of your ways…that’s why we are the FTWA judges and you’re not! 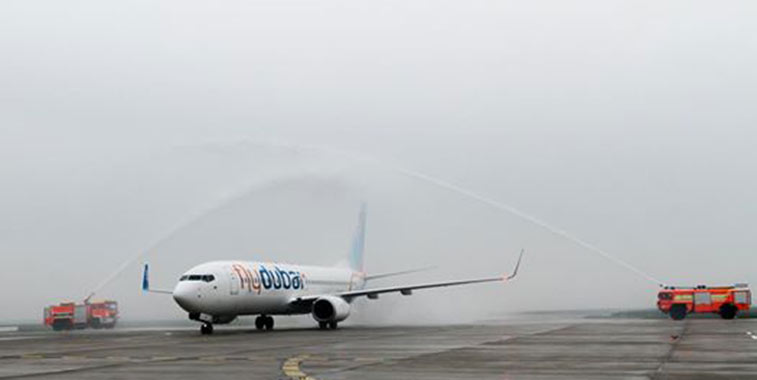 Judge’s comments: It is a little known fact that Korean pop-star Psy is more popular in Croatia than the Real Madrid Galacticos star and Croatian national team footballer Luka Modrić. That is why this FTWA from Zagreb is done in the ‘Gangnam Style’ and not the ‘Modrić Style’. 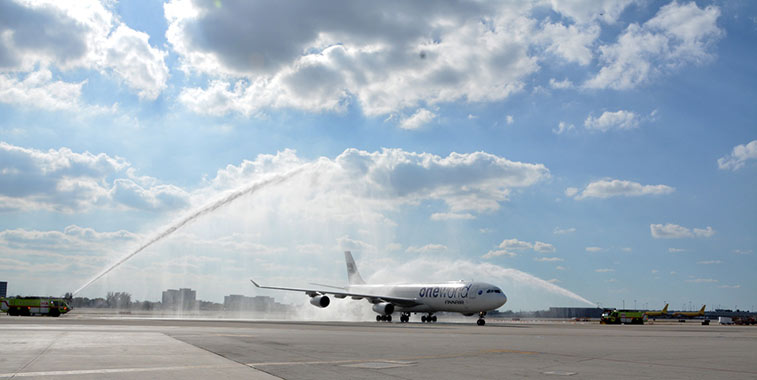 Judge’s comments: Miami Airport has this week become a member of an exclusive club of now just four airports – which also includes Brussels, Edinburgh and Dresden – in having provided two FTWAs in one week. Despite all of these airports statistically increasing their chances of winning the weekly title by sending in two FTWAs, none of them actually won during the weeks in question. Miami is set to continue this non-winning trend with this ‘Big Boy, Little Boy’ offering. 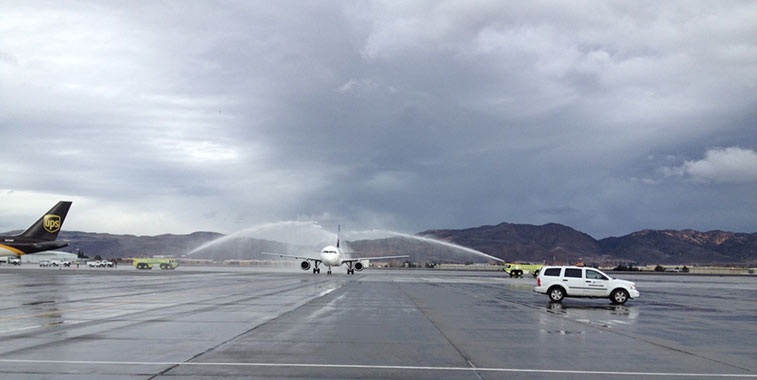 Are we sure this picture was taken in Nevada?? It’s raining…

Judge’s comments: It rains nearly twice as much in Reno (52 days per year) as it does in Las Vegas (27 days). Both are far less than here at anna.aero’s HQ just outside of London (186 days per year), but clearly this relatively rare metrological phenomenon has caused some confusion in Reno, who had booked bright sunshine for their route launch FTWA for Volaris’ new service. Maybe Santa delivered all the presents they wished for instead. 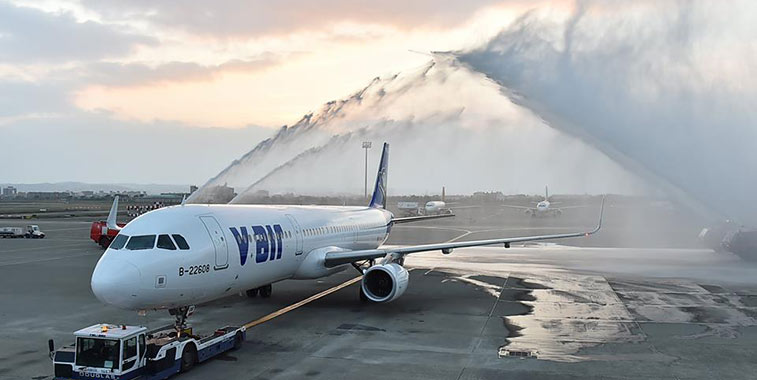 Judge’s comments: The Taiwanese capital city airport never holds back in the delivery of its FTWAs. Over the course of this airport marketing competition, which stomps into its third year, Taipei Taoyuan has offered us four FTWAs, all of which have been double arches with four tenders in attendance. The results have been mixed, with one win in 2014, with a score of 36.2 which secured it seventh on the overall leader board last year, as well as a less fruitful 20.5, and a second place (29.7) in the fourth ever weekly competition in 2013. This week sees it narrowly pipped to victory by Turin by just 0.1 points. 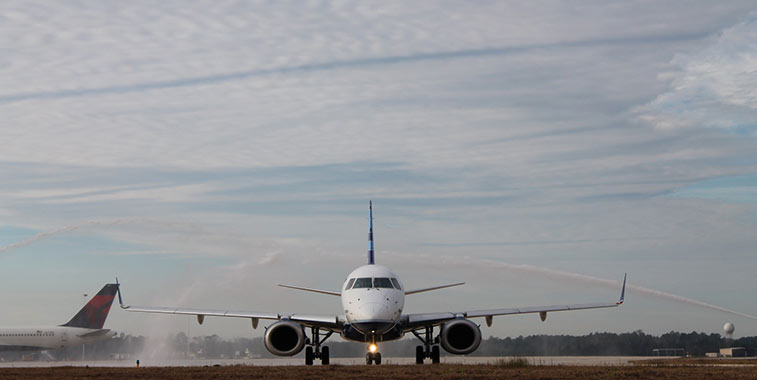 Did the JetBlue aircraft taxi backwards through the FTWA provided here in Jacksonville??

Judge’s comments: Timing is everything. Be it in comedy, sport or photographing an FTWA. Clearly the photographer’s alarm was set 30 seconds too late here in Jacksonville. Half a minute earlier and this may have been a half-decent FTWA. 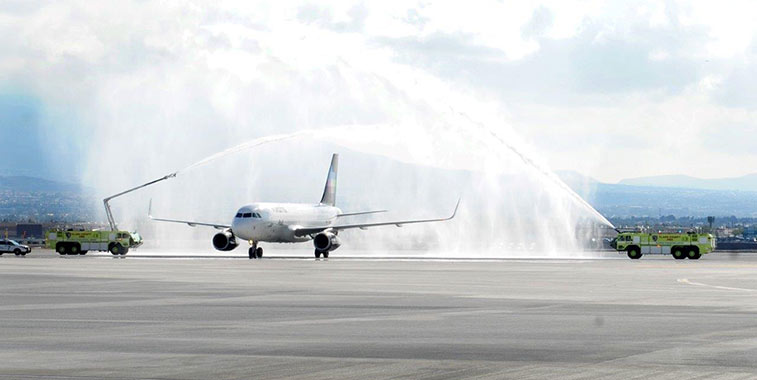 The Las Vegas Airport firefighters have gone all-in on this FTWA…but did they win all the stakes?

Judge’s comments: Top-level ‘FTWAing’ is as easy to predict as the outcome of a spin of a roulette wheel or the turn of a blackjack card. Some of them turn out crap(s), while some of them make you feel like you have won the jackpot. One thing is for certain…the house always wins if you make the effort! 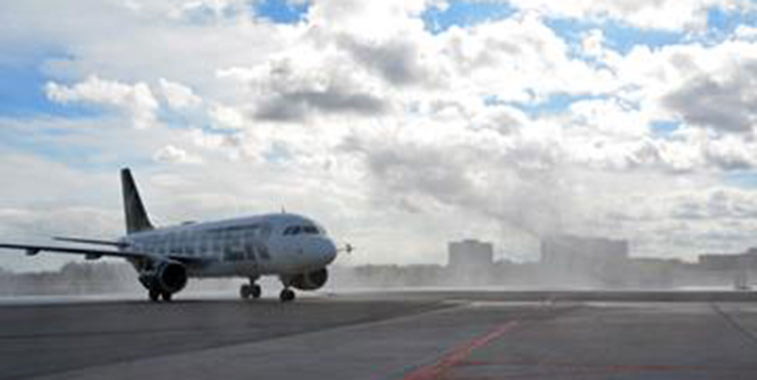 Judge’s comments: “Miami the city that keeps the roof blazin”. Not our words, but those of the renowned poet Will Smith. Shame the same can’t be said about the airport’s two FTWAs this week – they are far from “blazin”. With four entries in 2014, none of which scooped their respective weekly titles, the Floridian airport will have to wait to secure its first win. 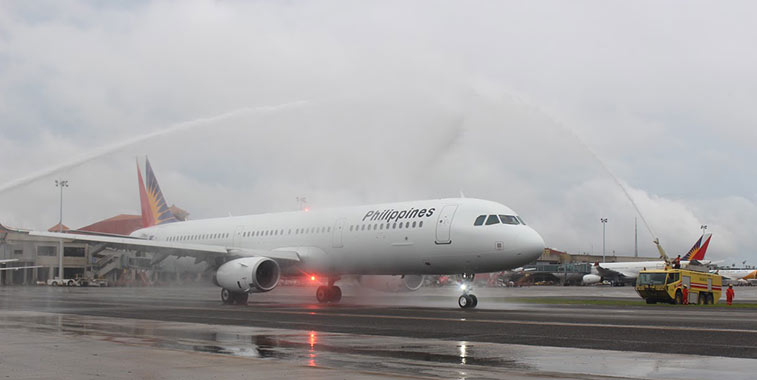 Improved airport marketing in the Philippines – because of Routes Asia coming to the country??

Judge’s comments: Despite the burgeoning growth in the Philippines market, this is only the second FTWA we have received from the South East Asian country – our only other previous entrant was from Manila way back in October 2013. Not a bad initial offering from our friends and colleagues in Cebu. Clearly with Routes Asia to be held in Manila next year, the country’s airports are starting to ramp-up their marketing efforts! 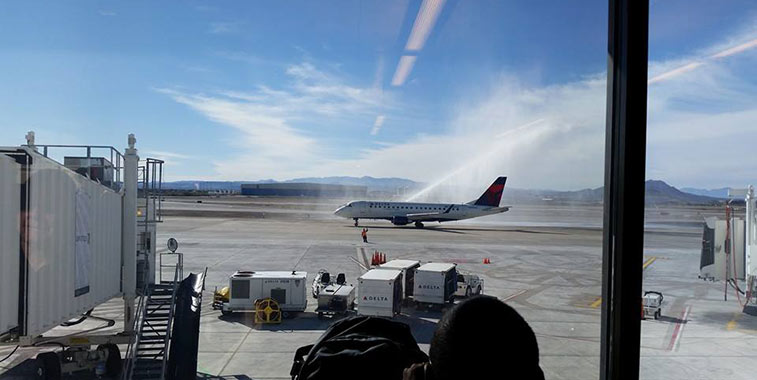 Lost: One fire tender. Answers to the name of Brian…

Judge’s comments: Has the Bermuda Triangle moved to Arizona? I can only assume that two fire tenders set-off from the Tucson Airport fire station and that one mysteriously disappeared en-route to the FTWA location. With only one tender making it, the maximum score of this FTWA is immediately reduced to 5.0. 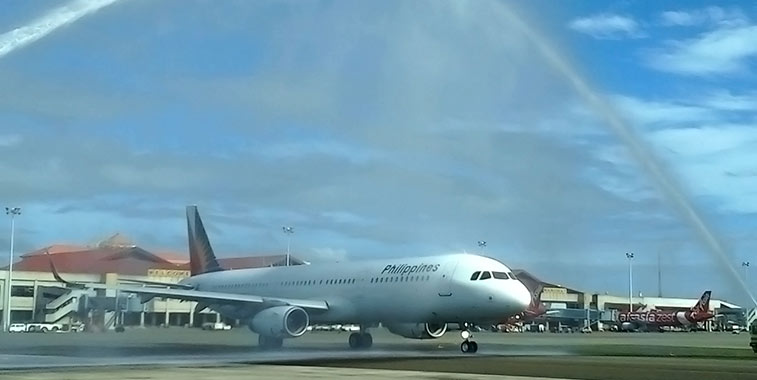 If only the photographer had zoomed out…or moved back…

Judge’s comments: Hold on. I’m getting a sense of déja vu here…Cebu has now also joined Miami, Brussels, Dresden and Edinburgh in the ‘two entries in a week’ club. You wait ages for airports to do this…and then two turn up in one week!! However, like those other airports which have tried this tack in order to secure victory, it seems that Cebu will have to wait for an ‘Arch of Triumph’ certificate to adorn the fire station walls. 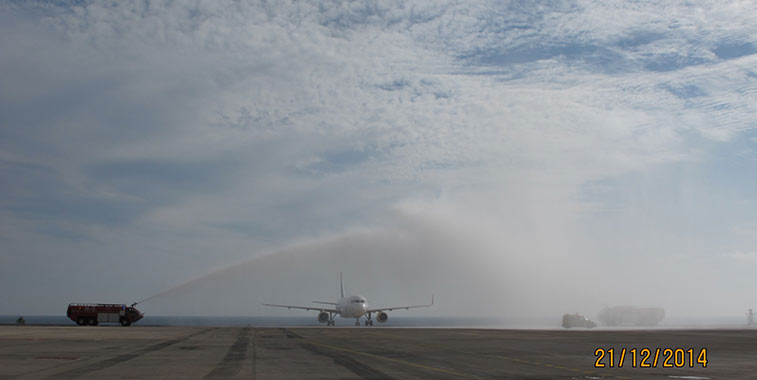 No debate as to when this FTWA was delivered in Fuerteventura…

Judge’s comments: Having won the last FTWA weekly title of 2014 (they’re at the top of this article with their winner’s certificate), the firefighters of Fuerteventura are obviously keen to make their mark on the competition. Let’s not forget that their colleagues at Tenerife North were the 2013 ‘Arch of Triumph’ champions. Can they follow in their footsteps in 2015… not this week it would seem!!