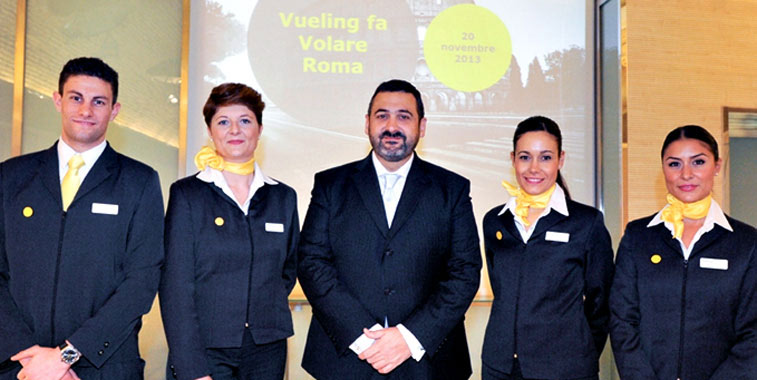 Vueling announced plans in November 2013 to significantly grow its presence at Rome FCO the following summer. Among the many new routes announced for summer 2014 were domestic routes to Bari, Brindisi and Lamezia Terme, all of which were already served by Alitalia with multiple daily flights. Now Vueling has decided to terminate all three of these routes, all of which are also served by Ryanair from one or other of Rome’s airports.

Rome has become something of a battleground for Europe’s LCCs. As a popular city-break destination it is a market that responds well to price stimulation and most of Europe’s LCCs serve the city, either at Fiumicino Airport (FCO) or Ciampino Airport (CIA). With Alitalia’s future uncertain, Vueling decided to massively expand its presence at Fiumicino last summer, increasing its network from eight to 35 destinations. This was announced on 20 November 2013. Less than a week later Ryanair announced that it would be setting up a base at Fiumicino (with the first flights starting in December 2013), in addition to its existing base at Ciampino (which in August 2013 was the airline’s sixth busiest with almost 300 weekly departures).

Domestic battle being won by Ryanair?

As part of Vueling’s rapid network growth at FCO it launched domestic routes last June to Bari (12 times weekly), Brindisi (six times weekly) and Lamezia Terme (six times weekly). Bari and Brindisi were already served by Ryanair from CIA, while Lamezia Terme flights were started by the Irish ULCC from FCO on 19 December 2013. In addition, Alitalia served all three destinations last summer with between five and seven daily flights from FCO.

Now it seems Vueling is reconsidering its domestic strategy at FCO as its Bari, Brindisi and Lamezia Terme services will all end on Monday 12 January. This is in addition to the fact that its Reggio di Calabria service operated for less than six weeks from 18 September 2014 to 26 October 2014. This leaves Vueling serving five domestic points from Rome this summer; Catania, Genoa, Lampedusa (starting in June), Palermo and Turin.

Meanwhile, Ryanair from the start of the summer 2015 season will switch its Bari and Brindisi flights from CIA to FCO, as well as its Marseille and Seville services. Marseille and Seville are both destinations served by Vueling from FCO. This summer, Ryanair will serve 10 destinations from FCO (compared with just five last summer) and will increase its weekly flights from the busier of the two Rome airports from 112 to 168. However, Vueling will launch over 20 new routes from FCO this summer, increasing its weekly flights from 262 last August to 371 this August, and its network from 35 to 54 destinations.