Fly-SAX jets off from Nairobi to Entebbe 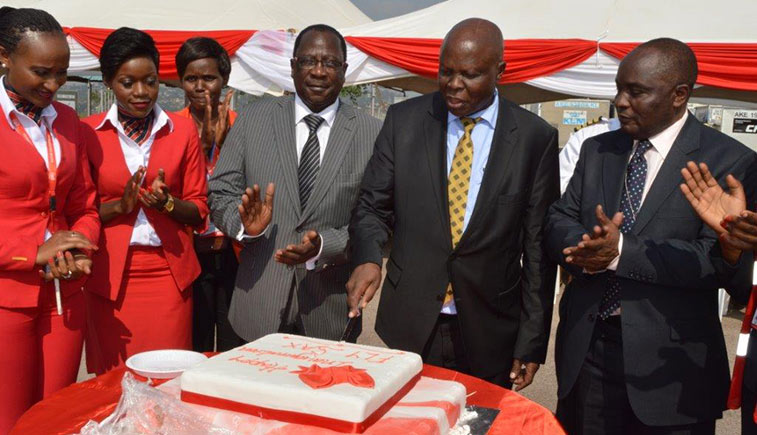 On 9 January, Entebbe Airport celebrated the arrival of Fly-SAX from Nairobi with a special ceremony in the terminal. Cutting the celebratory cake’s first slice are: Stephen Chebrot, Minister for Transport, Uganda; and Fly-SAX’s staff, including the Chairman, Charles Wako (left).