Passenger numbers at Irish airports are likely to be up around 7% in 2014 helped by plenty of new services launched after the abolition of the Travel Tax in April 2014. Among the more exotic new routes opened last summer from Dublin were Aer Lingus’ return to San Francisco, and the arrival of Luxair (from Luxembourg) and WestJet (from St. John’s in Canada). Seat capacity for summer 2015 is set to grow by around 9% with several carriers entering the Irish market for the first time including Ethiopian Airlines, Vueling and WOW air.

Since our last look at the Irish market in February 2012 the demand for air travel to and from Ireland has picked up again, helped by the abolition in April 2014 of the much-criticised Travel Tax which was introduced in 2009. Between 2008 and 2013 passenger numbers at Ireland’s four busiest airports (Dublin, Cork, Shannon and Knock) fell by 20% from 30.5 million to 24.5 million. How much of this was due to the Travel Tax and how much a result of Ireland’s economic difficulties will no doubt be argued over by academic economists for years to come. Latest figures for 2014 suggest that these four airports will see a combined growth of around 7% to 26.2 million. This is still some way short of the 30.6 million reported in 2007, but represents a clear step in the right direction. Among the more interesting new services from Irish airports in 2014 were Aer Lingus resuming flights to San Francisco, Luxair launching a link to Luxembourg and Canada’s WestJet operating non-stop 737 flights to St. John’s. 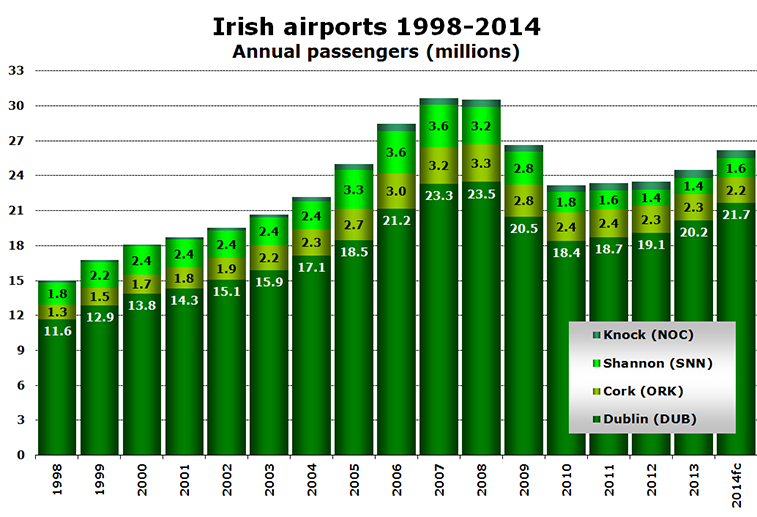 While passenger numbers are up at Dublin, Shannon and Knock, Cork Airport appears to be set to report around a 5% fall in demand in 2014. Knock Airport achieved an all-time record high, passing 700,000 passengers for the first time in its history, thanks to growth of 5.7%. The key UK market saw traffic up by over 9% with Aer Lingus, Flybe and Ryanair all reporting growth on major routes.

Shannon has seen the most spectacular growth in 2014 with passenger numbers up over 15% in the first 11 months of the year. This is primarily down to Ryanair starting/resuming service to nine destinations at the start of the summer 2014 season including Faro, Memmingen, Nice, Paris Beauvais and Warsaw Modlin.

Analysis of available schedule data for this summer suggests that seat capacity at Irish airports will be up around 9%. Ryanair and Aer Lingus dominate with a combined share of almost 80% of all seats on international routes. Ryanair, with capacity growth of almost 12%, is driving the overall growth at Irish airports, though other airlines are also growing significantly in percentage terms. Emirates will serve Dublin twice-daily from Dubai this summer compared with daily in summer 2014, while British Airways added non-stop flights to Dublin from London City Airport at the start of the latest winter season to complement its Heathrow-Dublin service. At one point, British Airways had completely abandoned the Irish market apart from using Shannon as a technical stop for its outbound London City to New York services. 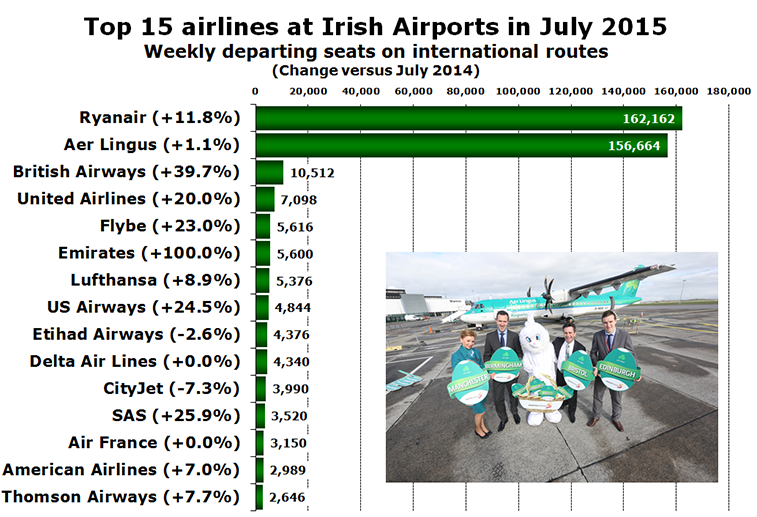 Capacity up almost 20% on routes to US

Looking at individual country markets for this summer reveals that 11 of the top 15 will see an increase in seat capacity compared with last summer. The UK is still the biggest country market accounting for approximately 35% of seats. When combined with the popular Spanish market, these two country markets represent almost half of all departing seats from Irish airports. The US market accounts for a further 10%, and will see capacity growth of almost 20% this summer. 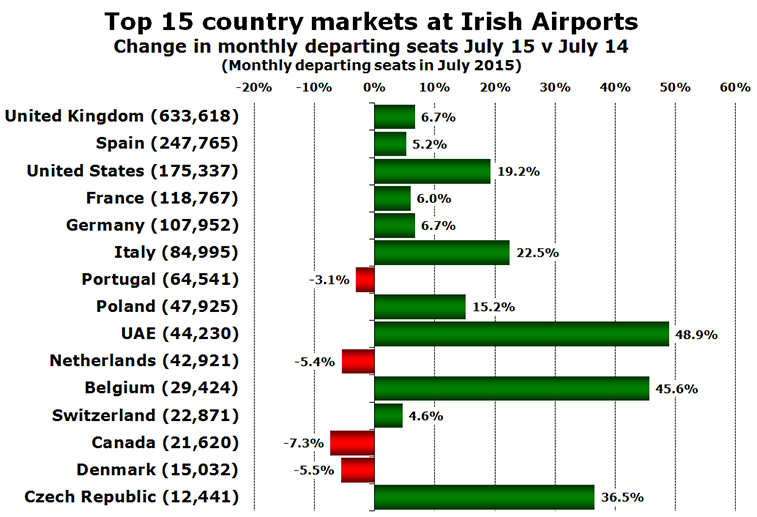 The UAE market has grown by almost 50% thanks to Emirates’ extra daily flight, while the Belgian market has seen unexpected capacity growth of over 40% thanks to Ryanair now serving both airports in Brussels. The 36% growth in the Czech Republic market is a combination of Ryanair adding two extra weekly flights to Prague from Dublin, and the return of CSA Czech Airlines, which plans to start twice-weekly Prague-Cork flights from mid-May. 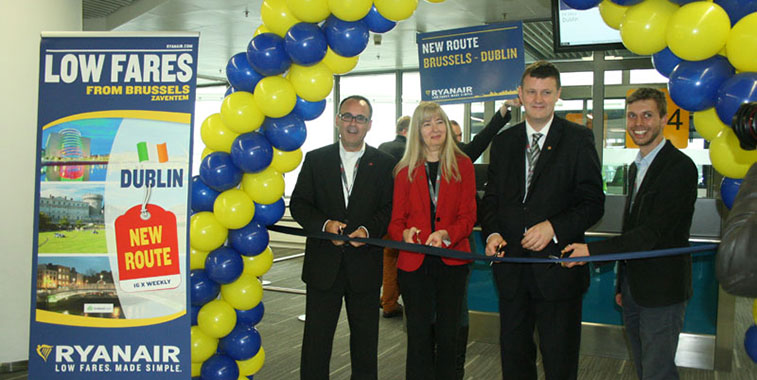 Ryanair launched twice-daily flights between Dublin and Brussels Zaventem at the end of October 2014. This complements the airline’s existing service to Brussel Charleroi and has resulted in the Ireland-Belgium market seeing a 40% capacity increase for summer 2015.

This summer promises to be an exciting time for the marketing department at Dublin Airport with the arrival of several new carriers. Finnair (returning after an eight year hiatus) will resume flights to Helsinki, transavia.com France will launch flights to Paris Orly, Vueling will introduce flights to Barcelona and WOW air will commence connections to Reykjavik/Keflavik. It should be noted that some of these are seasonal services.

Mid-June will see the arrival of Ethiopian Airlines from Addis Ababa operating thrice-weekly to Dublin and then flying on to Los Angeles. Another new transatlantic connection will come from United Airlines’ decision to launch a seasonal service to Chicago O’Hare. Aer Lingus and Aer Lingus Regional between them will be adding or resuming service to East Midlands and Newquay in the UK, Nantes in France and Washington Dulles in the US.

There will be a chance for airlines and airports to discuss other new route opportunities in the Irish market starting in W15/16 and later at CONNECT, which takes place in Killarney, close to Kerry Airport from 3-5 June 2015.