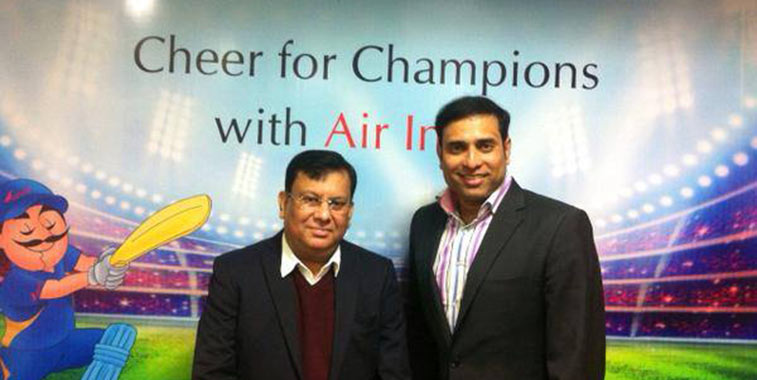 Is cricketing ‘legend’ VVS Laxman (right) a candidate to be the next CMD of Air India when Rohit Nandan (left) stands down at the end of August? Probably not, but the two got together for last week’s live on-line Friday Cricket Chat hosted by Air India. The flag-carrier now has less than 20% of the Indian domestic market but has this week started a new daily non-stop service linking Delhi with Vijayawada.

After a quiet start to 2014, demand for air travel within India has risen sharply in the second half of the year. Passenger numbers on domestic flights were up 9.6% in August, a massive 27.8% in September, 17.4% in October and 12.6% in November, according to data from the Airports Authority of India. The launch of AirAsia India in June of last year, and the recent commencement of services by Vistara has apparently helped stimulate the market once more. 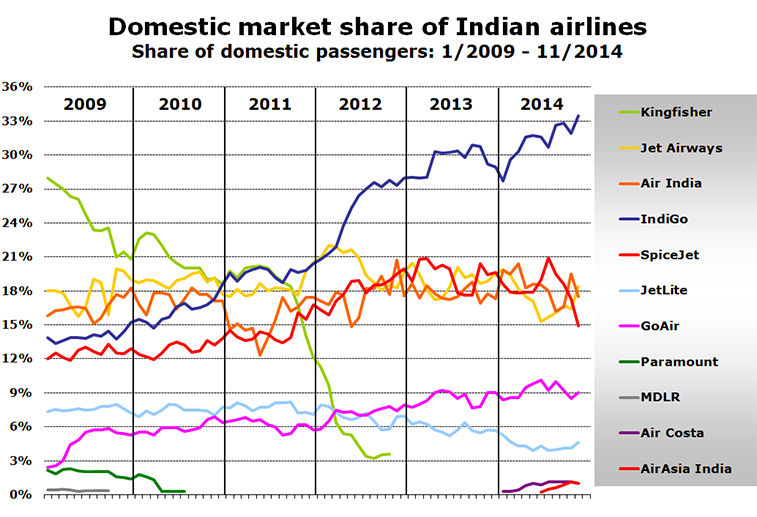 In terms of domestic market share, SpiceJet’s recent issues have seen its share of the domestic market fall from 21% in July to 15% in November. IndiGo continues to grow its lead as the airline with the biggest single share of the market, with November data showing it is now carrying one in every three domestic passengers. Air India and Jet Airways have each consistently accounted for between 15% and 20% of the market throughout 2014, while GoAir’s share has hovered around the 9% mark. JetLite’s share remains between 4% and 5%, while Air Costa and AirAsia India have each accumulated around 1% of the market.

In terms of passenger numbers in 2014 (January to November), IndiGo leads the way with 19.1 million, followed by Air India (11.2 million), SpiceJet (11.1 million) and Jet Airways (10.5 million). GoAir has carried 5.6 million passengers in that period, while Air Costa has passed the 500,000 mark during November, and AirAsia India passed the 250,000 mark during the same month.

Domestic traffic up almost 12% in April to November period 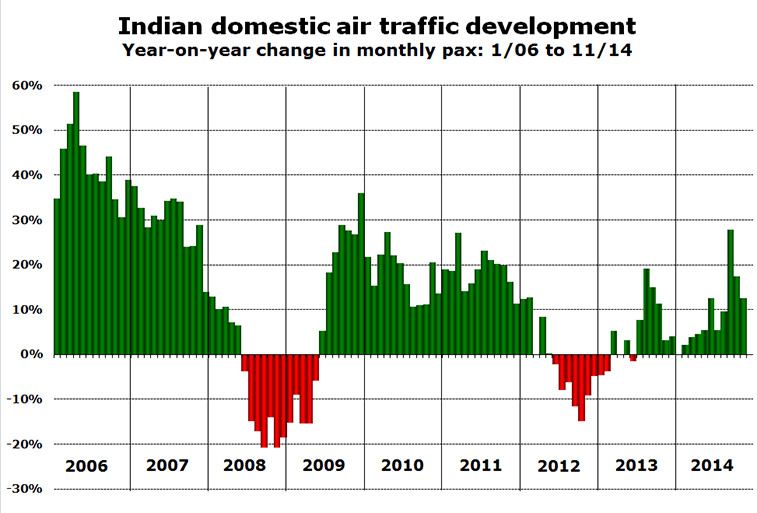 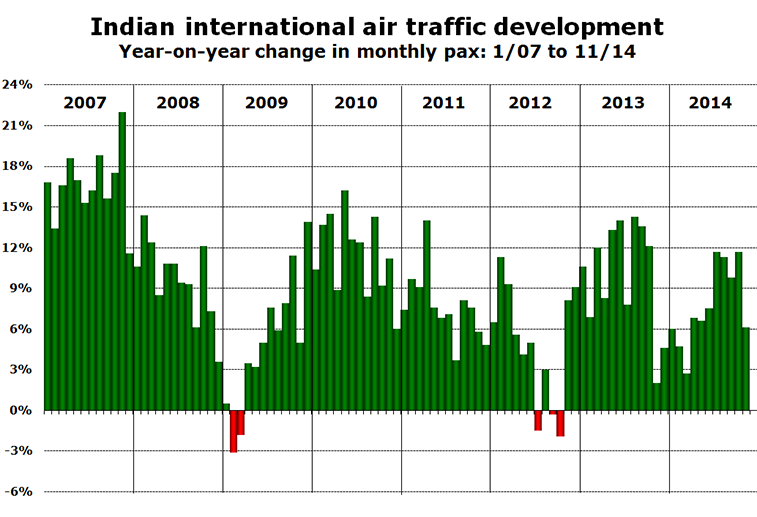 Madurai’s rapid international growth is down to the launch of SpiceJet’s service to Dubai on 22 November 2013, while Pune has benefitted from the launch of a four times weekly SpiceJet service to Sharjah on 21 September 2013 followed by service to Bangkok with the same carrier in October 2013. Jaipur became Etihad Airways’ 10th destination in India when service from Abu Dhabi was introduced on 2 April.