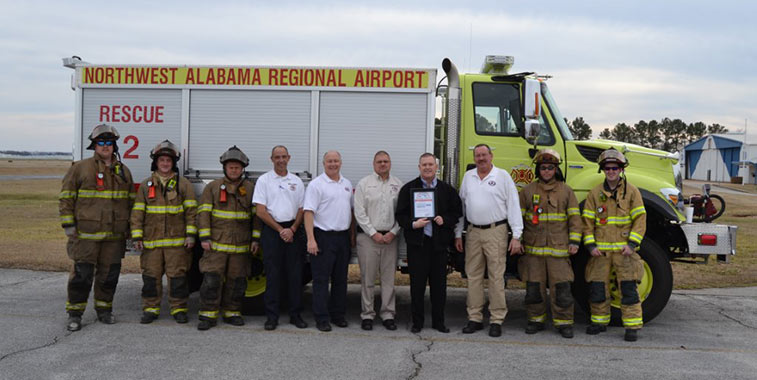 The firefighters of Northwest Alabama Regional Airport (also known as Muscle Shoals) delivered the first ‘Arch of Triumph’ victory of 2015 for North America last week. Check out their guns!

Even at this early stage in the competition, standards continue to improve in the world of the ‘Arch of Triumph’. Of the 16 FTWAs submitted so far in 2015, the average score has been 24.8. This is two points higher than the 11 FTWAs which had been received in the first three weeks of 2014. The average winning score last year in the first three weeks was just 24.3, this year it 28.4. The first three winners of 2014 were from Europe (one) and Asia (two). So far in 2015, the honours have been split more evenly, with Europe, North America and South America sharing the spoils. Keep monitoring!! 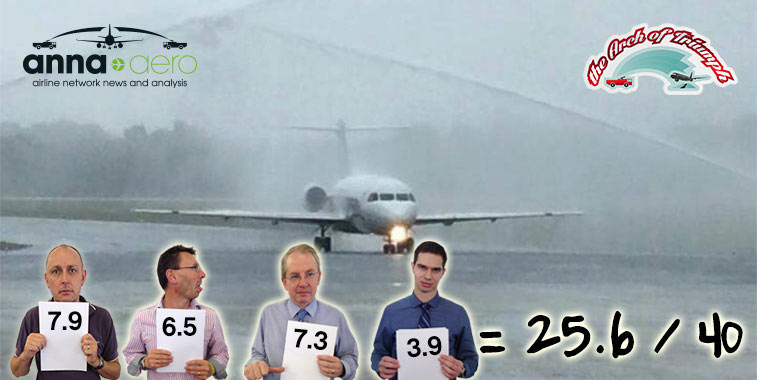 Judge’s comments: For those of you not hot on your South American geography, Manaus is the capital city of the Amaszonas state region of northern Brazil…right in the middle of the Amazon Rain Forest. So when it rains…it rains! As FTWAs go, this is far from a classic, but all of anna.aero’s elite judging team will have awarded extra points here for the sheer tenacity of the Brazilian firefighters. 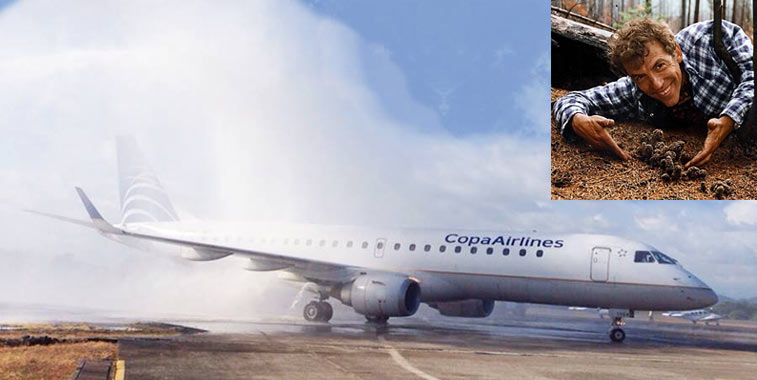 A mushroom of water…rather than an arch…

Judge’s comments: David Arora is a famous mycologist (see top right), but clearly he has an unrivalled popularity in the Panamanian city, which also bears his name, as this FTWA is reminiscent of his much-loved fungi. Arora is well-known in mycology circles for his extensive description of the Stinkhorn species (Clathrus archeri), so maybe David’s firefighters have taken inspiration from its Latin name when deciding on which style to produce for Copa’s new domestic service. We certainly think it’s a bit of stinker.