Vistara receives Route of the Week award for first operations 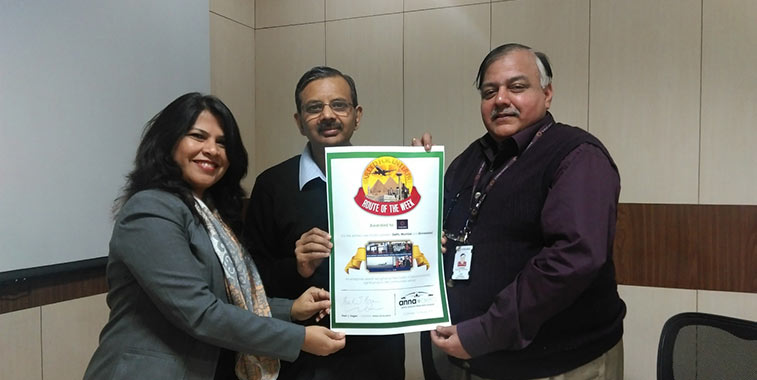 Vistara received its Route of the Week certificate, awarded for the launch of it first routes: Delhi-Mumbai, Delhi-Ahmedabad and Mumbai-Ahmedabad, using two A320s on 9 January. Posing with the award are: Rashmi Soni, Head of Corporate Communications; Niyant Maru; Chief Financial Officer; and S. Varadarajan, Chief Human Resource Officer and Head of Corporate Affairs. On 15 January, bmi regional announced that it will commence flights from Rotterdam, Liege and Bern to the Bavarian capital, Munich, on 29 March 2015. The airline will operate the services in partnership with Lufthansa as codeshare flights with joint BM and LH flight numbers. bmi regional has tailored the schedule from each city to ensure seamless travel connections for business and leisure travellers via Lufthansa’s Munich network of over 200 global destinations. Celebrating the achievement over a glass of champagne are: Mathias Häberli, CEO, Bern Airport; Ian Woodley, Board Member, bmi regional; Paul Sies, CCO, bmi regional; and Daniel Steffen, CCO, Bern Airport. 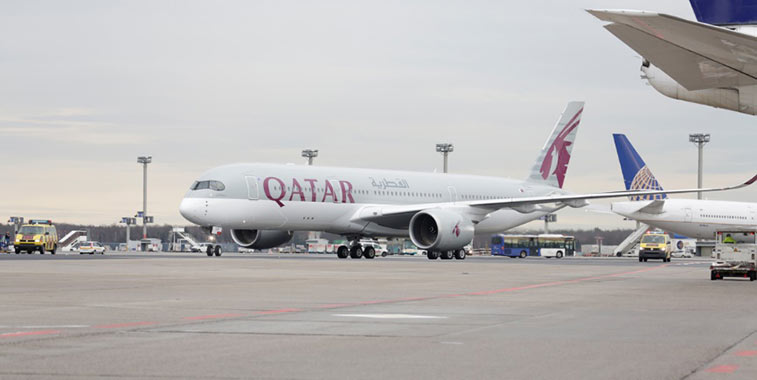 On 15 January, Frankfurt Airport welcomed the arrival of Qatar Airways’ inaugural flight of the brand new A350-900 on the Doha-Frankfurt sector. The aircraft offers increased operating efficiencies for airlines, enhanced comfort for passengers, and reduced aircraft noise for the benefit of residents in the airport vicinity. Commenting on the arrival, Anke Giesen, COO, Fraport, said: “The inauguration of the world’s first A350-900 route from Doha to Frankfurt marks another milestone in aviation, which Frankfurt is proud to share. We congratulate Qatar Airways, Airbus and Rolls Royce on this magnificent aircraft and this memorable day.” 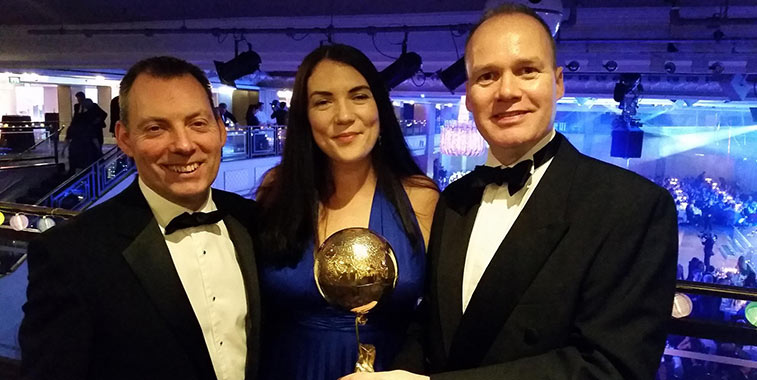 On 15 January, Manchester Airport was crowned Best UK Airport at the annual Globe Travel Awards 2015. The UK’s third largest airport was up against airports including London Heathrow, London Gatwick and Birmingham, and received the accolade following a phenomenal year of growth, increased destination choice and infrastructure investment. Commenting on the achievement, Ken O’Toole, CCO, MAG, said: “We are absolutely delighted to beat off fierce competition to win such an esteemed award and thank all the travel agents who voted for Manchester Airport. The accolade is testament to the continued hard work of all our airport staff, and we thank them for their ongoing commitment and diligence too.” Marking the achievement are MAG’s: Chris Barker, Head of Marketing; Helen Docle-Lund, Marketing Business Partner; and Patrick Alexander, Head of Aviation Marketing Low Cost and Charter. 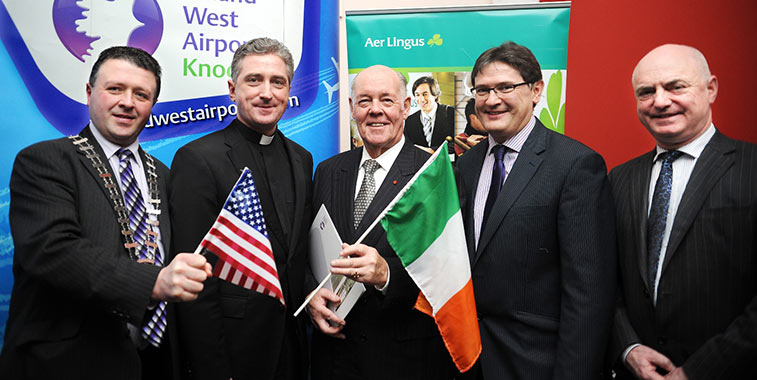 On 16 January, Ireland West Airport Knock announced that Aer Lingus will operate the first transatlantic pilgrimage flight from New York, following an eight-year hiatus. This announcement represents a historic development for the airport and the region, as it will be the first ever transatlantic service operated by Aer Lingus, from the USA to Knock and the first official chartered pilgrimage to Ireland’s National Marian Shrine. The special pilgrimage flight, which is supported by the Archdiocese of New York and led by the Archbishop of New York, Timothy Michael Cardinal Dolan, will depart New York on 8 August 2015 and return to New York from Knock on 16 August 2015. Marking the achievement are: Damien Ryan, Cathaoirleach, Mayo County Council; Fr. Richard Gibbons, Parish Priest and Rector of Knock Shrine; Joe Kennedy, Chairman, Ireland West Airport Knock; Joe Gilmore, Managing Director, Ireland West Airport Knock; and Peter Hynes, CEO, Mayo County Council.