Hangzhou’s two longest non-stop services are to Doha (6,661 kilometres) and Amsterdam (8,909 kilometres). Qatar Airways began its four times weekly service in December 2013, while KLM’s twice-weekly service has been operating since May 2010. This year may see the launch of US services to Los Angeles with Hainan Airlines.

Hangzhou Xiaoshan International Airport on China’s east coast is the country’s tenth busiest airport and passed the 25 million passenger milestone in 2014. It was opened at the end of 2000, when all flights were transferred from the previously used Hangzhou Jianqiao Airport. Since 2006, passenger numbers at the airport have grown by over 150%. In the last eight years the airport has reported double-digit growth in five of them, including the last two. Last year’s 15.4% growth made it the second-fastest growing among China’s top 10 airports, beaten only by Chongqing Airport (+15.8%). Initially built with just one runway, a second runway and new terminal facilities were completed in 2012. Hangzhou, the capital and largest city of Zhejiang Province, has an urban population of over six million people. The city is less than 200 kilometres from Shanghai. 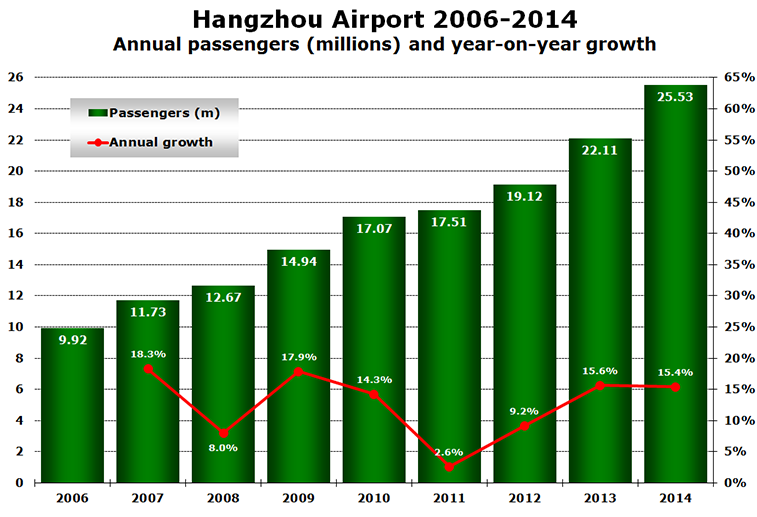 Hangzhou’s network has grown rapidly in recent years and as of now extends to 83 destinations served non-stop. A total of 16 airports are served with at least 50 weekly departures with Beijing and Guangzhou both being connected with over 20 daily flights. Domestic destinations dominate, with almost 90% of all flights still serving destinations in China. 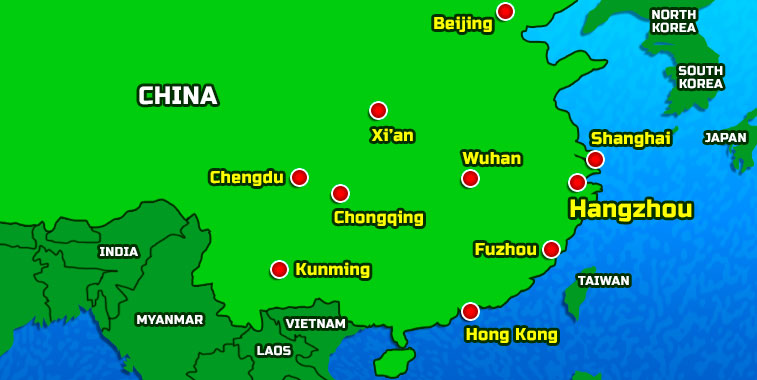 Hangzhou is located on China’s east coast less than 200 kilometres from Shanghai. In 2014 passenger numbers grew by over 15%, but international routes still account for only 10% of weekly seats.

The shortest international flights are to Taipei and Taichung in Taiwan. Jeju and Seoul are served in South Korea, while Japanese links include flights to Okinawa, Osaka, Shizuoka and Tokyo. Destinations in Thailand are Bangkok (both airports), Chiang Mai, Kota Kinabalu and Phuket. Other key Asian cities served include Kuala Lumpur and Singapore. The airport’s only two long-haul services at present are to Doha (with Qatar Airways since December 2013) and Amsterdam, served twice-weekly by KLM since May 2010. 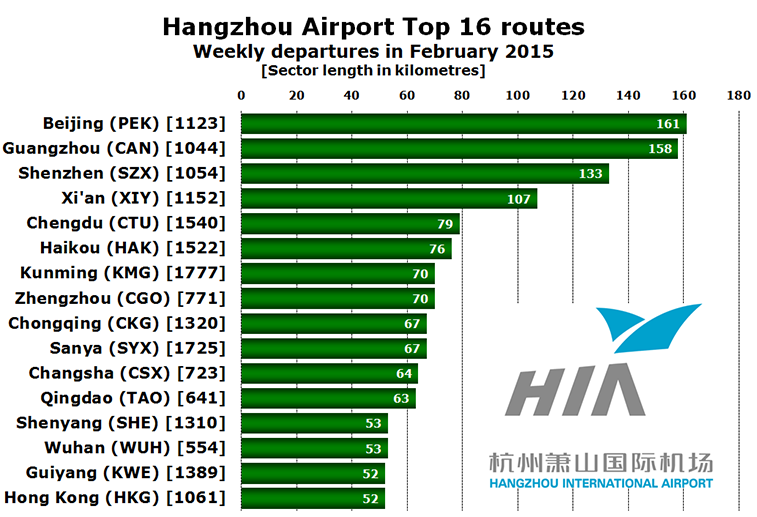 Analysis of current schedule data reveals that 40 airlines currently serve the airport, with 24 of them offering at least two daily flights. Air China and China Southern Airlines each offer over 300 weekly departures with Xiamen Airlines not far behind. Non-Chinese carriers serving the airport include AirAsia, AirAsia X, All Nippon Airways, Asiana Airlines, EVA Air, Jetstar Asia, Korean Air, Thai AirAsia and Vietnam Airlines. Several airlines will be adding new routes in the coming weeks including additional international services to Bangkok, Osaka and Shizuoka. It has been reported that the airport may receive its first US service in 2015, as Hainan Airlines has indicated interest in serving Los Angeles using its 787s. New international services launched in 2014 include Air China to Jeju (20 May), Beijing Capital Airlines to Okinawa (29 October) and Shizuoka (25 December), SilkAir from Singapore (27 June), Spring Airlines to Bangkok Suvarnabhumi (9 September) and Thai AirAsia from Chiang Mai (21 February). 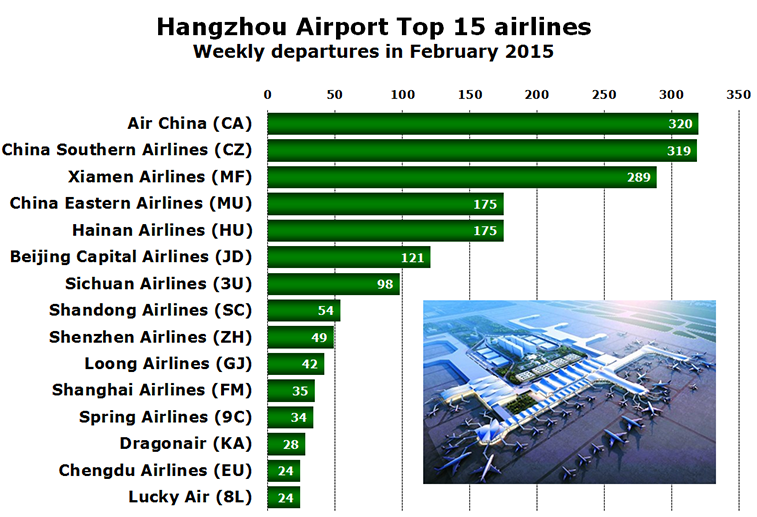 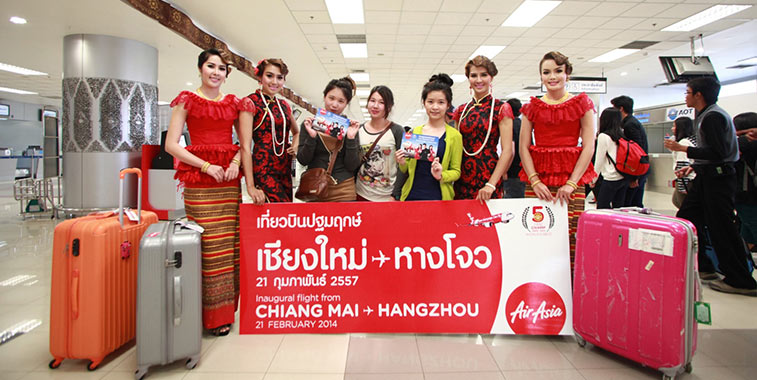