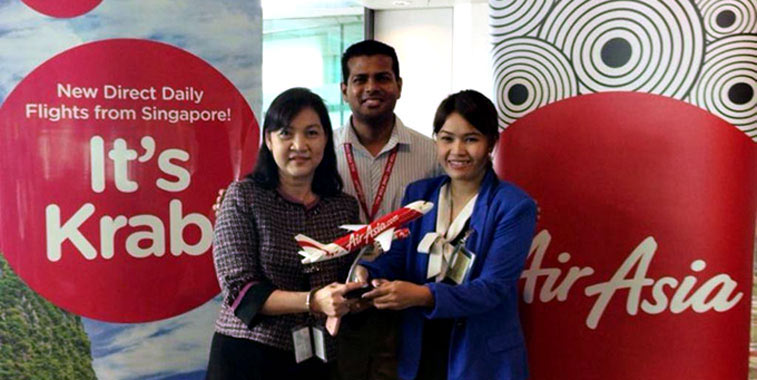 Airlines of the AirAsia Group have launched 25 routes to Singapore since the airline’s first service to the country back in 2004. Flights from Krabi in Thailand began in November 2013, and the airline now offers daily flights from there to Changi Airport. Singapore is now the AirAsia Group’s third busiest city for flights, though a long way behind Kuala Lumpur and Bangkok.

AirAsia now has airlines based in several countries across Asia; namely India, Indonesia, Malaysia, Philippines, Thailand. Not surprisingly the airline group’s two busiest bases for flights are in Kuala Lumpur (where AirAsia launched in January 2002), and Bangkok (where the local Thai AirAsia subsidiary began operations in February 2004). Analysis of the airline group’s busiest airports in February 2015 reveals that its third busiest airport is in a country where it does not have a base, Singapore. 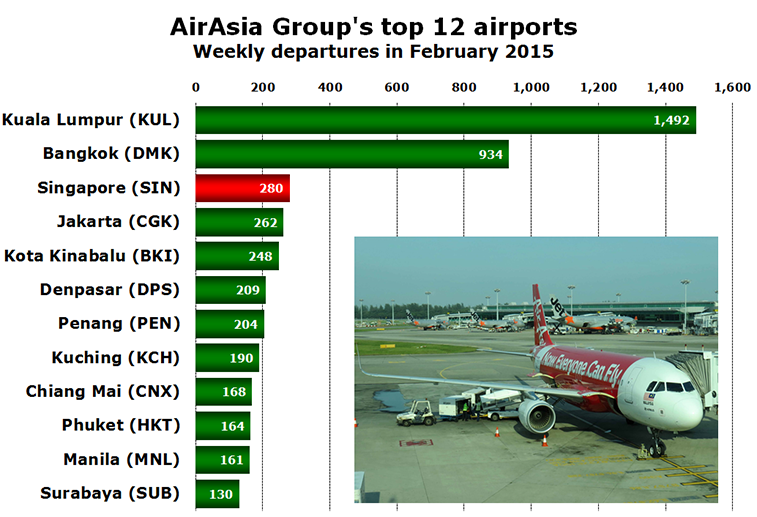 The AirAsia Group operates between 36 and 44 departures per day from Singapore Changi Airport, for a total of 280 per week. This ranks it fourth at the airport behind Singapore Airlines (741), SilkAir (337) and Tiger Airways (334), but ahead of Jetstar Asia which currently operates 249 departures per day.

AirAsia Group first began operations to Singapore in 2004 with the launch of daily flights from Bangkok in February. Until 2008 it was only the Thai subsidiary (Thai AirAsia) that offered flights to Singapore, but it was joined in 2009 by both AirAsia and Indonesia AirAsia. In 2009 AirAsia (based in Malaysia) became the Group’s leading airline in Singapore, a situation that has remained unchanged in the subsequent years. Last year saw the first (small) reduction in AirAsia Group seat capacity at the airport. 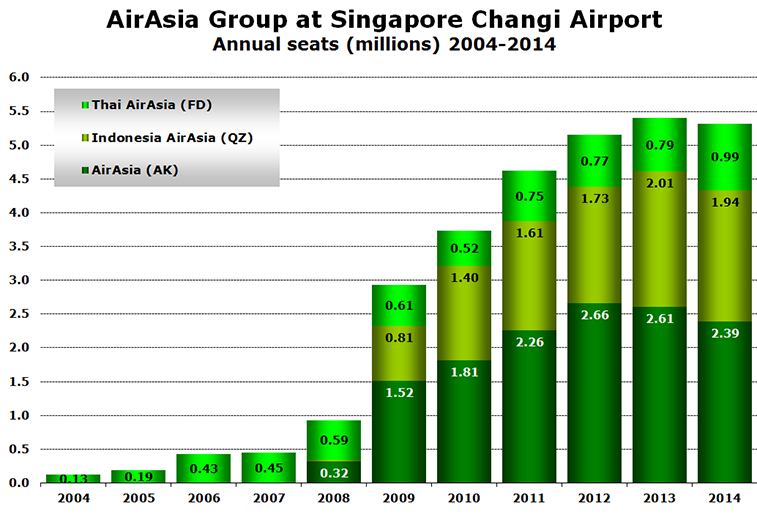 In total the airline group has launched routes to Singapore from 25 destinations across its network, including two at the end of January 2015 from Lombok and Solo in Indonesia. However, while both of these new routes appear in the airline’s on-line timetable, only flights to Solo are currently bookable. In addition, Surabaya services are currently suspended pending the outcome of the investigation into the accident of flight QZ8501. As a result, of these 25 destinations, 18 should be served in 2015. Of the seven dropped links three are from airports in Malaysia, two in Indonesia and one each in the Philippines and Thailand. 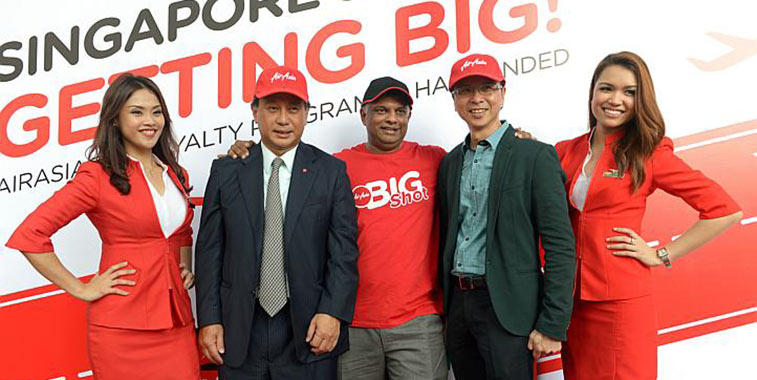