A four-way tie is the best way to describe the global inter-regional battle for early supremacy of the 2015 ‘Arch of Triumph’ – with Europe, North America, South America being joined by Asia on one win each. One unnerving trend of the 2015 competition is that the winning scores have been in constant decline from the peak of 30.7 recorded by the current competition leaders Turin in Week 1, to the winning score of 20.0 this week from Ban Me Thuot. Hopefully, this trend will be rectified in the next week of competition. It’s time to step-up world’s airport firefighters. Keep monitoring!! 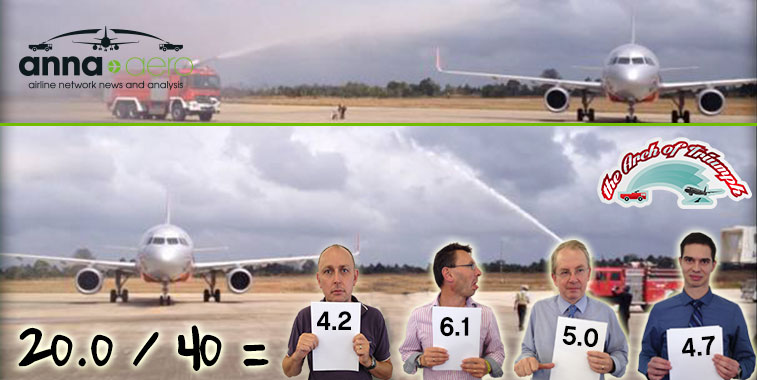 ‘Get the Sellotape, we’re going to have to stick these two pictures together…’

Judge’s comments:  This is the first time we have received two separate halves of the same FTWA sent to us. While the judges will no doubt be giving away some extra points for the uniqueness of this shot, its individuality cannot mask this haphazard effort from Vietnam – the first one we have received from this Asian nation – but which will surely not be the last, given how dynamic the market currently is.