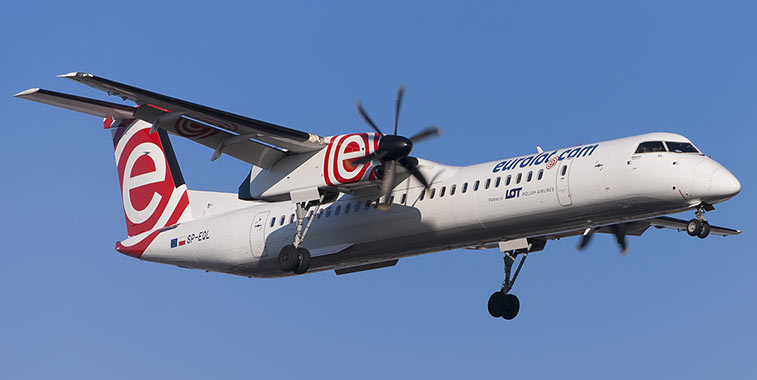 Soon to be no longer a common sight at the likes of Warsaw, Krakow, Bydgoszcz and Gdansk airports following the demise of the state-controlled regional airline eurolot. Its closure will be a big loss to these airports, as the airline is the #2, #4, #2 and #3 airline in terms of weekly seats respectively at these airports.

Time has been called on eurolot, the struggling state-owned regional airline, with 17 of Europe’s airports affected, many of which are in its home market of Poland. In justifying its drastic decision, which had been foreseen by many, the Polish Treasury, which owns 62.1% of the airline, said there was no prospect of profits in the foreseeable future. As a result, the airline has blocked all bookings after 31 March this year, and reservations made for April onwards will be refunded.

The regional carrier was founded in December 1996, with operations commencing in July 1997. Originally operating ATR equipment, eurolot currently has a fleet of 11 Q400s, one of which is in storage (according to Planespotters.net). Its biggest operating base is at Warsaw’s main airport, where it is currently the second largest carrier – of the 39 serving airlines ‒ in terms of weekly seats. 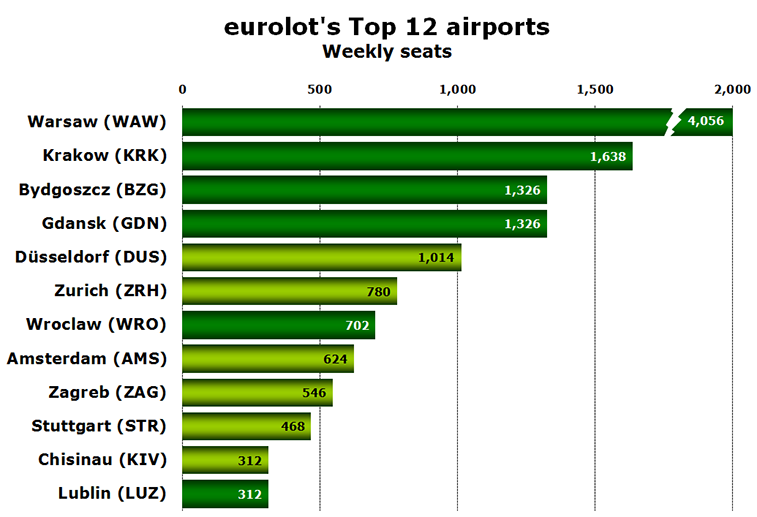 While the carrier’s loss at Warsaw will be significant, the capital city airport is perhaps the most likely Polish airport to secure replacement services or additional capacity from its incumbent airlines as a result of eurolot’s pending closure. Its demise will be more noticeable elsewhere in Poland: at Krakow, eurolot is the #2 airline in terms of weekly seats, of its 11 serving carriers; at Bydgoszcz, #2 airline of two serving carriers; and at Gdansk, #3 airline of 10 serving carriers. Indeed, at Bydgoszcz, only Ryanair will remain as a serving airline come April unless replacement capacity is found. Of the airline’s top 12 served airports, six are in Poland, while six are international (highlighted in light green).

Some of the aircraft currently being use by eurolot are expected to be transferred to LOT Polish Airlines at the end of next month. However, on which routes they will be deployed is unsure at this stage. Of the airline’s top 11 served routes, three are domestic (highlighted in light green), while eight are international. 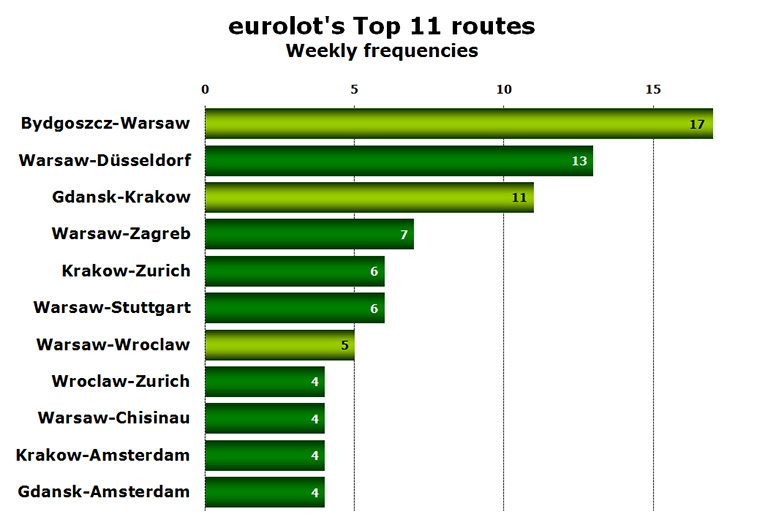 No doubt some of these top route opportunities will be scooped up by new or existing carriers, particularly those with the most capacity, which would tend to indicate where the most significant demand lies. Only three of the top 11 routes are currently competed, and one of those – Warsaw to Krakow – features partner LOT. However, the fact that the airline has failed to make money in the absence of competition on eight out of 11 of its top routes in terms of weekly frequency, would seem to indicate that airlines will not be queuing up to replace eurolot.