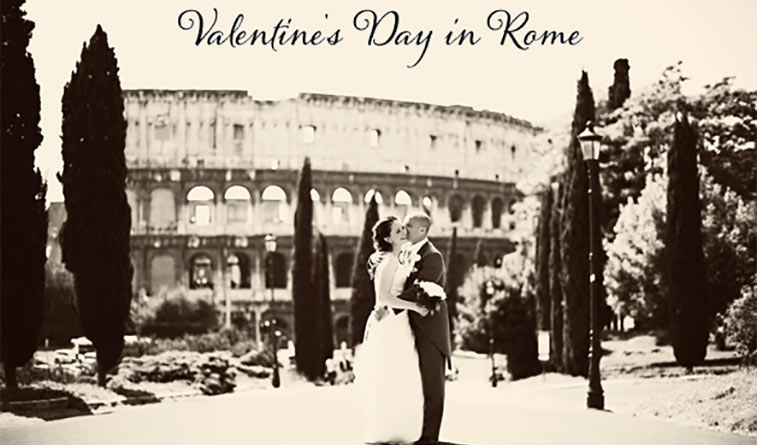 You don’t have to get married in Rome this Saturday, but if you just fancy a nice, warm weekend there it will be expensive if you live in France, Ireland or the UK, and relatively cheap if you want to go from Belgium, Germany or the Netherlands.

With Valentine’s Day (14 February) falling on a Saturday this year it is an ideal opportunity to get away from the cold northern European weather, and where better to go for a couple of days than the home of romance, the eternal city, Rome. So this week’s anna.aero Farewatch looks at base return fares from a variety of European airports to Rome, departing as late as possible on Friday 13th February and returning as late as possible on Sunday 15th February. To keep things simple only Europe’s major LCCs were tested for fares. A total of 40 services were explored from easyJet, germanwings, Norwegian, Ryanair, Vueling and Wizz Air and all fares were converted to Euros for ease of comparison.

When it comes to stereotypes regarding romance among European nations, us Brits are not normally perceived as being particularly romantic. However, when it comes to romantic gestures it seems that we are quite willing to pay, as return flights from London airports, Bristol and Manchester are all currently on sale at between €350 and €500. Admittedly the sector length from the UK is relatively high, so cheap fares are unlikely. 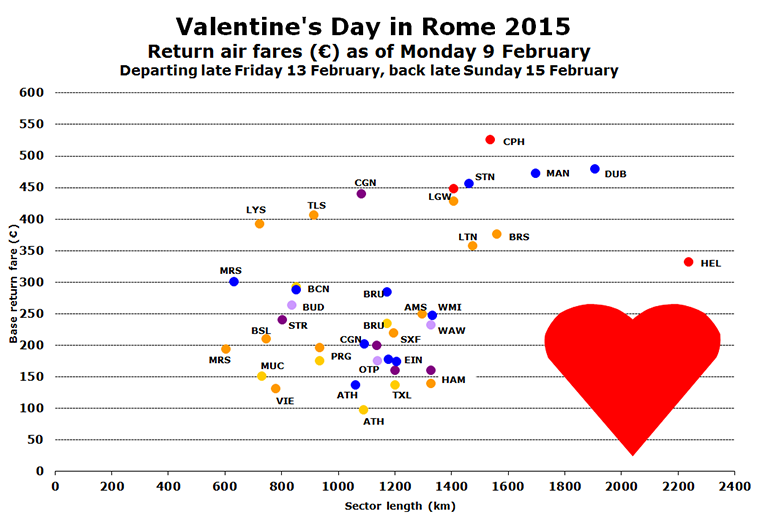 While UK (and Irish) fares are high, in terms of cost per kilometre it seems that routes from France are the potential money-spinners for the airlines. Flights with easyJet from Lyon and Toulouse, and with Ryanair from Marseille are high relative to the sector length. The German market would appear to be less concerned about Valentine’s Day, with cheap fares still being available for weekend flights to Rome from Berlin, Hamburg and Munich.

Maybe not surprisingly, flights from Athens are also relatively cheap. The weather is already pleasant in Athens compared to most of the other airports included in this analysis, so there is less incentive to want to get away. As a result, both Ryanair (to Rome Ciampino) and Vueling (to Rome Fiumicino) are still offering return flights for less than €150.