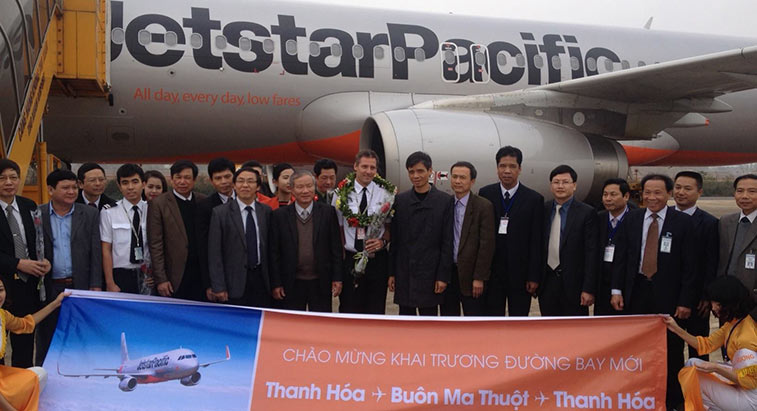 Jetstar Pacific Airlines has launched four domestic routes so far in February. Over the last 12 months the airline has grown by 33%, adding five new destinations to its network map.

Combine the seeds of a dynamic country market offering a rapidly developing economy with significant tourism potential, and you have the perfect growing conditions for an LCC to flourish. Plant an existing brand which has already borne fruit (Jetstar) and you produce an airline that has reaped 33% growth in the last year, one which has also picked its first international services (to Macau, Singapore and Bangkok) and that has harvested four domestic routes already this month. Jetstar Pacific Airlines is based in Vietnam, and is majority-owned by Vietnam Airlines, with the Qantas Group holding 30%. It is currently the smallest of the four units operating under the pan-Australasian Jetstar brand (Jetstar Hong Kong’s start-up is still ‘subject to regulatory approval’ according to the airline’s website).

The airline was formerly known as Pacific Airlines, which began operations in 1991, flying chartered cargo services. In 2007, the Vietnamese government sold a portion of its shares to Qantas, and as such the airline adopted an LCC business model, with its current name being embraced on 23 May 2008. In February 2012, Vietnam Airlines bought a 70% stake in the company. It is now on an accelerated growth trajectory and is expected to be operating up to 15 A320s by the end of 2015.

On the growth trail to Ho Chi Minh

The airline’s undisputed hub is Ho Chi Minh City, with nearly twice as many seats being flown from here than the #2 airport of Hanoi, the country’s capital and second largest city. Indeed, over the last 12 months, Jetstar Pacific has increased its foothold in Vietnam’s biggest city by adding 17% more weekly seats when compared to the same week in 2014. However, of the eight markets which were served this time last year, Phu Quoc is the fastest growing market for the LCC, having seen a doubling of seats in that time. Only one of the existing airports has posted annual negative growth – which was Hai Phong – down 13% year-on-year. 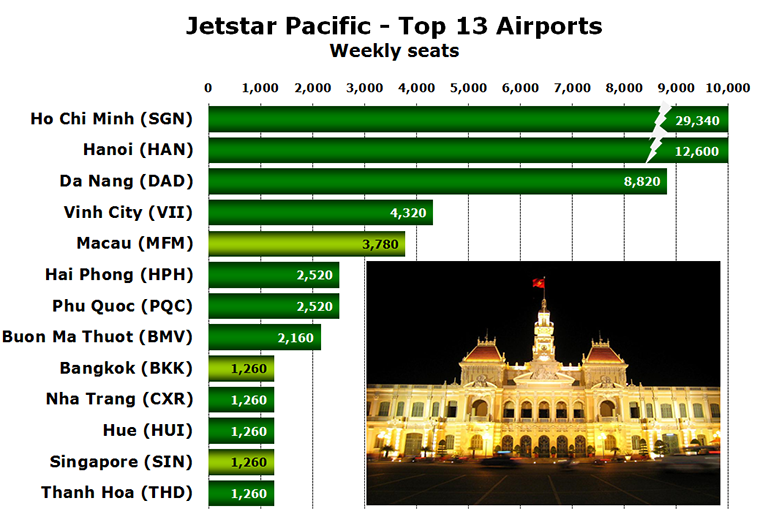 Five of the carrier’s top city pairs are new in the last 12 months, namely those between Da Nang and Macau, as well as Ho Chi Minh to Bangkok, Hue, Singapore and Thanh Hoa (international routes highlighted in bright green). The 58 times weekly operation between Vietnam’s two biggest cities has gone unchanged over the last 12 months, while capacity offered between Ho Chi Minh and Phu Quoc has doubled over the same period. 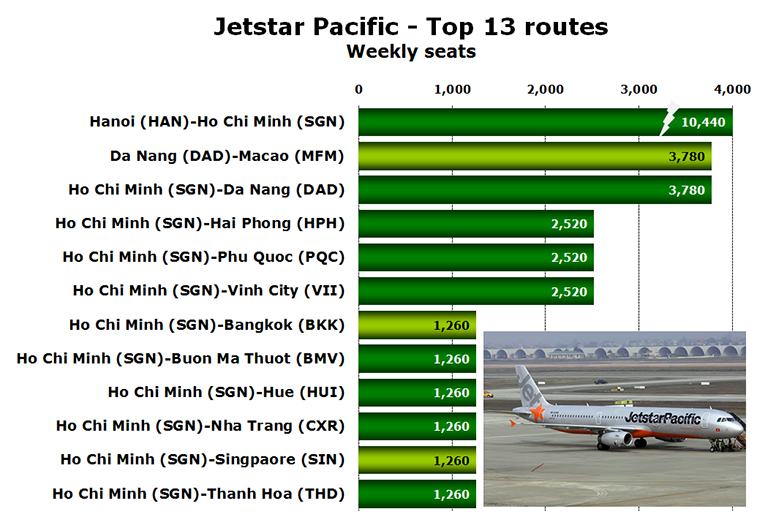 However, it’s not all growth for the LCC, as three of Jetstar Pacific’s biggest routes have felt the network planner’s knife since last February, with routes from Ho Chi Minh to Da Nang (-25%), Vinh City (-22%) and Hai Phong (-13%) all being trimmed. Of Jetstar Pacific’s top routes, 12 of the top 13 are also served by parent Vietnam Airlines, with only the Da Nang to Macau city pair not being offered by the flag carrier.

In terms of future route development, the airline has confirmed just two pending route launches according to anna.aero’s New Route Database, one international and one domestic: Hanoi to Bangkok Suvarnabhumi (daily), starting 29 March; and Ho Chi Minh City to Tuy Hoa (thrice-weekly), starting 30 March. Again, both routes are also served by Vietnam Airlines, with additional competition being provided on the international sector by Qatar Airways, Thai Airways and VietJetAir. 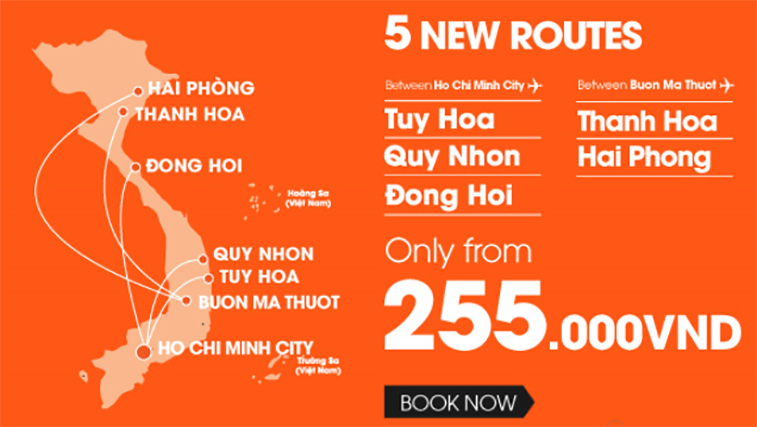 Predominantly a domestic airline, Jetstar Pacific Airlines has added international services to Bangkok, Macau and Singapore in the last 12 months. Daily connections between Hanoi and Bangkok will be added on 29 March, along with another domestic leg from Ho Chi Minh City to Tuy Hoa on 30 March (thrice-weekly).