Europe has gone five weeks without a win in the global ‘Arch of Triumph’ competition (Turin Airport won back in week one). This is a phenomenon that has only happened once before, at the end of the 2013 competition, when North America racked up an impressive four wins in five weeks (two at Tampa, one at Fort Lauderdale and Kelowna), along with a win from the Caribbean (Aruba). If this losing streak continues, Europe, last year’s inter-regional champions with two weekly wins from every three, will be in uncharted waters. This week’s winner’s, Charleston Airport in South Carolina, are another one-hit wonder – one entry = one win. This is the fourth time out of six weeks so far in 2015 when an FTWA virgin has won the weekly title. So clearly the current winning momentum is with the newcomers to the competition. Will the old guard respond? Keep it here to find out. Keep Monitoring!! 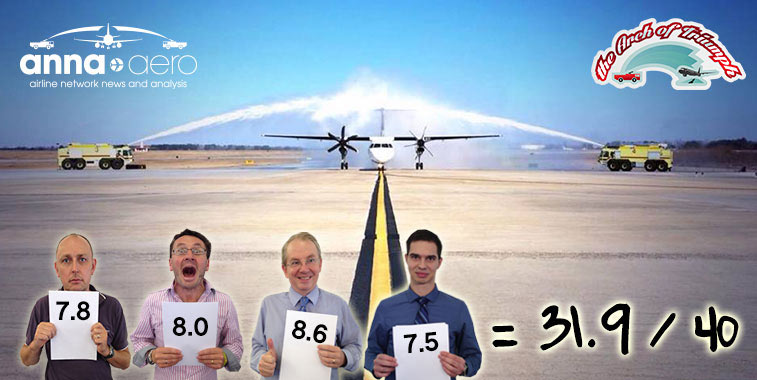 Well it is Pancake Day (on the day of writing), so we should have expected an FTWA in this style this week…

Judge’s comments: Tonight, after my dinner (which is going to be Cottage Pie), I shall be looking forward to having several pancakes for pudding (dessert). I am traditionalist when it comes to my pancakes, enjoying the simple sugar and lemon juice combo. I am also a traditionalist when it comes to my fire truck water arches…I like them to have some arch in them, not be flat as a pancake like this one served up in Charleston this week. The Porter Q400 got a good wash though and was still good enough to win! 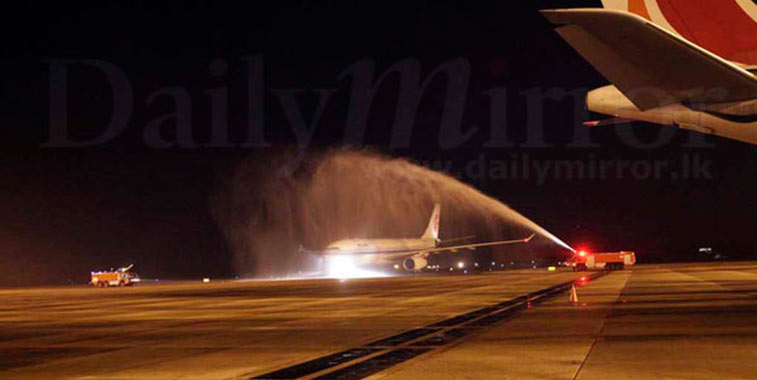 Judge’s comments: If you went into a shop and asked for a tin of baked beans and it was only 50% full, you wouldn’t expect to pay the full price, you would expect to pay half or less. The same goes with FTWA’s, with only 50% of an Arch on display, the best you can expect is 50% of the score, which is a shame, because the half we can see in this image is not bad! 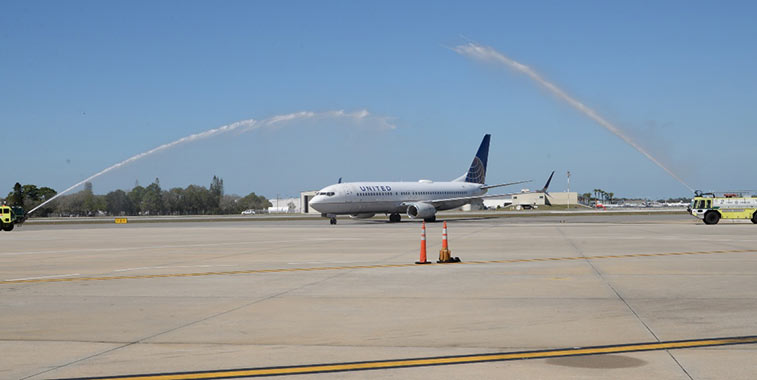 Judge’s comments: You would think with long periods of the day spent in each other’s pockets down the station that firefighters might discuss in advance their FTWA strategy before the inaugural flight arrives. Clearly there were more pressing issues to be discussed in Sarasota fire station…like who’s turn it was with the TV remote control or to flip the burgers on the BBQ.