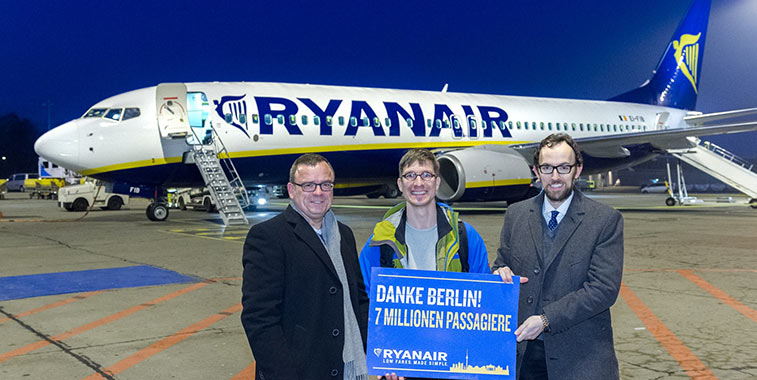 On 13 February, Ryanair celebrated its seventh million passenger at Berlin Schönefeld Airport, since it started operating from the German airport in May 2003. As of February 2015, the Irish ULCC is operating a total of seven airport pairs from Schönefeld, served with a combined 42 weekly departures. Marking the achievement on the apron are: Simon Miller, Berlin Schönefeld Airport; Arne Löhn, the lucky passenger; and Colm O’Shea, Ryanair. On 13 February, Newcastle Airport hosted a special visit from a New York taxi and United Airlines’ cabin crew, to celebrate the airline’s new route to New York Newark, which will commence on 23 May 2015. United’s flight attendants, James Kelly and Lulu Riedstra, greet Leon McQuaid, Aviation Development Manager, Newcastle Airport, as he arrives in a New York taxi at the airport.