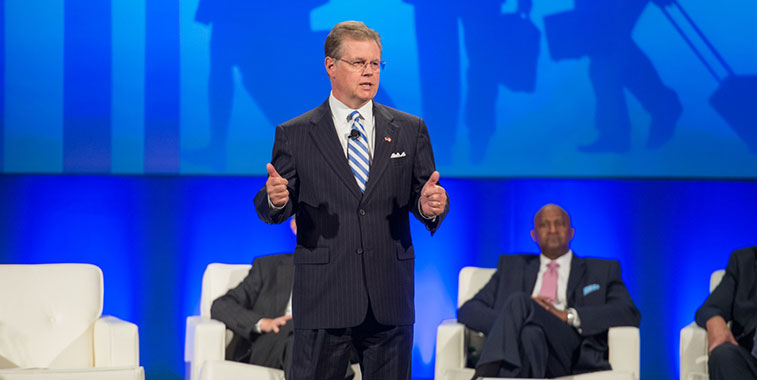 Coming to JumpStart® in Seattle in June? That’s a big thumb’s up from me! Kevin Burke, President and CEO of ACI-North America is ready to welcome hub airlines like American Airlines, Delta Air Lines, United Airlines along with delegates from LCCs Allegiant Air, Southwest Airlines and Spirit Airlines, as well as over 130 airports already registered to attend the air service development conference.

Airports Council International-North America’s (ACI-NA) JumpStart® Air Service Development Conference is a stand-alone event concentrating on route development within the North American continent. The 2015 JumpStart® Conference will take place in Seattle from 1-3 June 2015 at the Westin Seattle and will begin with a full day of educational sessions, followed by two days of airport to airline one-to-one meetings. In addition, on 31 May, there will be a Small Airports Committee Meeting. With industry big hitters like American Airlines, Delta Air Lines, United Airlines being joined by delegates from LCCs Allegiant Air, Southwest Airlines and Spirit Airlines, as well as over 130 airports already registered, the conference is in good shape to generate new routes and relationships. In the run-up to this event, anna.aero caught up with Kevin Burke, ACI-NA President and CEO to discuss his plans and expectations for this year’s conference.

anna.aero: Many airports face air service development challenges. Is it an industry-wide challenge?

aa: ACI-NA has been hosting its JumpStart® Air Service Development Conference for many years. What makes the 2015 JumpStart® different?

KB: “ACI-NA is responding to member needs and the “air service challenge” by re-inventing our 2015 JumpStart® Air Service Development Conference as a stand-alone event to provide airports with enhanced opportunities to meet with airlines to discuss new service possibilities. Set to be held 1-3 June in Seattle, this year’s JumpStart® will be unlike any previous ACI-NA JumpStart® event.

In addition to increased networking opportunities, ACI-NA is organising educational webinars to help airports better analyse data, which will lead to more effective presentations to airlines. There will also be a dedicated day of educational sessions, tailored for air service development attendees. These sessions will provide in-depth knowledge on industry trends and air service, allowing you to expand your expertise when meeting with airlines. Most importantly, the ACI-NA team is working hard to customise each airport’s JumpStart® schedule to provide the right meetings and the right time to make the right connections.”

aa: You seem to have most of the key US and Canadian airlines attending JumpStart®. Are there any others you would love to attend and why?

KB: “Our airline partners have been tremendous in providing staff to attend the program and we have worked very hard to listen to our attendees to make sure JumpStart® delivers value for attending airlines and airports. When we are working to put the JumpStart® program together, our goal is to ensure the airlines that our airports want to talk with are in attendance. For the majority of attendees, the core relevant domestic US and Canadian carriers fulfil their air service development needs. But, as international travel grows, ACI-NA is always looking to invite new carriers looking to add destinations in the US and Canada.” 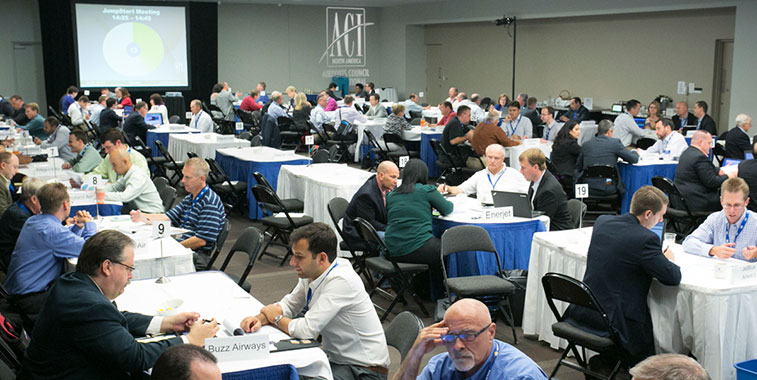 Why they are going to be in Seattle. In a survey ACI-NA did last year, 45% of responding North American airport directors identified air service development as the single biggest challenge facing airports today.

aa: Do you envisage a time when say Mexican airlines would be invited to JumpStart®, or perhaps those from the Caribbean or Central and South America?

KB: “Absolutely. ACI-NA is actively recruiting air carriers from Mexico, Latin and South America and we know these carriers see opportunities with many of our JumpStart® attending airports. The recent air service agreement between US and Mexico also provides additional opportunity for airlines and airports and ACI-NA looks forward to facilitating these new potential routes. In addition, ACI-NA has been a strong supporter of Open Skies agreements, which we believe will help airports attract greater international air service opportunities.”

aa: Has the combined programme of JumpStart® and Small Airports Committee Meeting been a success in the run-up to the two now conjoined events? Has it helped to boost attendance numbers for example?

KB: “Air service is not a challenge unique to small airports or large airports. Nor is air service a challenge only for US airports or Canadian airports. Airports of all sizes have emphasised that air service development is the most important issue for their organisations now and in the future. There is a natural fit between the JumpStart® program and Small Airports Committee as many of the attending airports represent small hubs. This very active committee takes the time to work on the range of issues confronting small hubs, including air service issues, so meeting together at JumpStart® allows committee members to make the most of their time.”

aa: How many ASD meetings are forecasted to take place over the event?

KB: Last year, JumpStart® took place in Edmonton, Canada and was highly successful with over 1,000 meetings held between 163 airports and 21 airlines. With more than three months to go, we are well on our way to exceeding last year’s numbers.

KB: “Hearing from any airline CEO is very beneficial. What makes Mr. Tilden a perfect match for JumpStart® is Alaska Airlines extensive service options in both the US and Canadian market, which will provide our attendees with a wide spectrum of insights to their business model. Furthermore, Alaska Airlines is aggressively expanding its network and this gives our attendees the opportunity to hear directly about air service development. I’m also looking forward in Mr. Tilden sharing his perspectives on a host of issues such as: the effects of airline consolidation, new trends in the industry, and evolving business models.”

aa: You have a real range in the size of the airports attending. What do you think is special about JumpStart® that creates this broad appeal?

KB: “I believe what creates the broad range of airport sizes attending is the extensive range of airline sizes we have present at JumpStart®. Not only do we have American Airlines and Southwest attending but we also have several smaller and start-up airlines, like Canada Jetlines, as well as other airlines that have yet to announce service. We know that managing airports can be a challenging job, especially with a more concentrated airline industry and the difficulty of adding air service. What makes Jumpstart® unique is the ability to have a full-day of educational sessions followed by two-days of airline meetings. This combination makes JumpStart® a premium event for airports of all sizes to attend.”

aa: Is the selection of a great host city important in boosting attendance?

KB: “Seattle is one of my favourite cities in North America and it’s not very often I get to travel there. The host airport has generously arranged reception and dinner at the Museum of Flight. Attendees will explore one of the world’s largest private air and space museums, and be entertained by live music from the airport’s Experience the City of Music program ‒ all just 200 feet from the runway of adjacent Boeing Field. I’m sure with the red carpet treatment from the Port of Seattle we will see record numbers for this year’s JumpStart®.”

aa: Any clues as to where next year’s event will be?

KB: “We have a location in mind, but we still need to confirm the date. It will be a fun location for everyone involved in JumpStart®.” 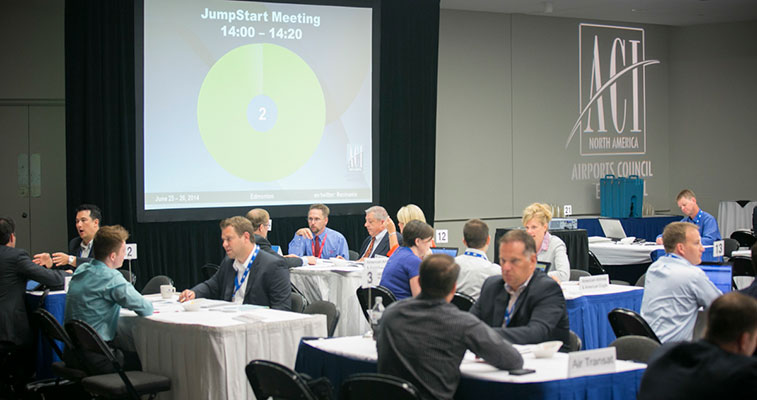 Last year’s event was held in Edmonton (above), while this year’s JumpStart® will be in Seattle and will feature a visit to the Museum of Flight. Next year’s location is still top secret, but Kevin Burke assures us that “it will be a fun location for everyone involved.”