Despite only starting operations in April 2012, Barcelona-headquartered Volotea has already launched some 200 routes, mostly between and within France, Greece, Italy and Spain. According to the airline, it will operate a fleet of 19 717s this summer and anna.aero analysis of schedule data indicates it will offer services on 147 airport pairs involving 63 airports. Last summer the airline’s network comprised 111 airport pairs. Since then, the airline has launched 47 new routes and dropped 11. In terms of weekly seat capacity the airline has grown by almost 30% between August 2014 and August 2015.

The airline’s biggest base continues to be Venice Marco Polo Airport from which this summer it will be operating almost 130 departures per week, across a network of 32 destinations, making it the airport’s busiest carrier in terms of movements (around 15% of the airport’s total), although easyJet offers more weekly seats with its bigger Airbus aircraft. The airline’s other main bases in 2014 were in Bordeaux, Nantes and Palermo. 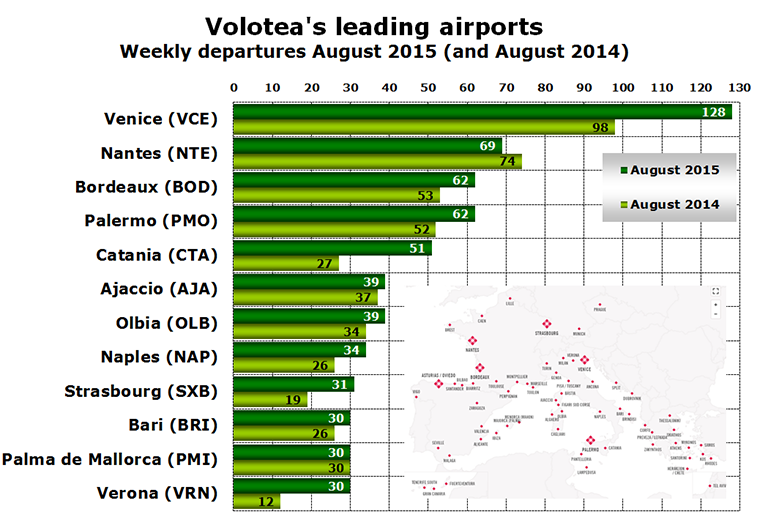 Of the airline’s top 12 airports by weekly departures seven are in Italy, four are in France, while just one (Palma de Mallorca) is in Spain. The fastest-growing in terms of additional weekly departures are Venice (+30), Catania (+24) and Verona (+18).

Two new bases in 2015 at Asturias and Strasbourg

This summer sees the addition of two further designated bases; Asturias in Spain and Strasbourg in France. The airline’s all-domestic network from Asturias has grown this summer from four to seven routes with the addition of new services to Alicante, Menorca and Seville. From Strasbourg the airline is adding four new routes this summer, to Figari and Marseille in France, and Olbia and Venice in Italy. 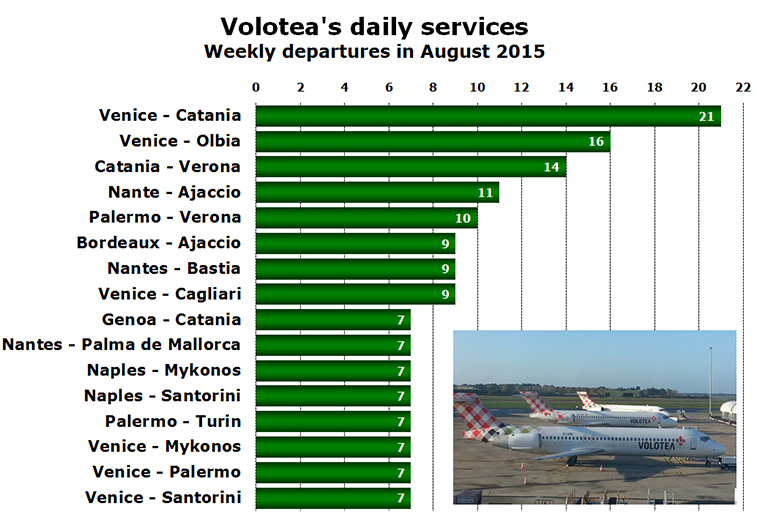 Out of the airline’s 147 routes this summer just 16 will be served with at least daily flights, and only three of those are served at least twice-daily. Across the whole network the average weekly frequency is just 3.37. Five airports that were served in summer 2014 are no longer part of the airline’s network this summer. They are Calvi, Florence, Fuerteventura, Lamezia Terme and Reggio di Calabria. However, Fuerteventura is still served during the winter period.

Athens is biggest of 14 new destinations this summer

While some destinations have been dropped from the network, others have been added. This summer’s biggest new addition is Athens, from which the airline will offer 13 weekly departures spread across four routes to Italy and one to Santorini in Greece, a route that will see competition from both Aegean Airlines and Ryanair this summer. Other new destinations this summer are Alghero, Alicante, Dubrovnik, Gran Canaria, Marseille, Menorca, Milan/Bergamo, Pisa, Santander, Seville, Thessaloniki, Toulon and Zakynthos. None of these other airports will be served with more than six weekly flights. 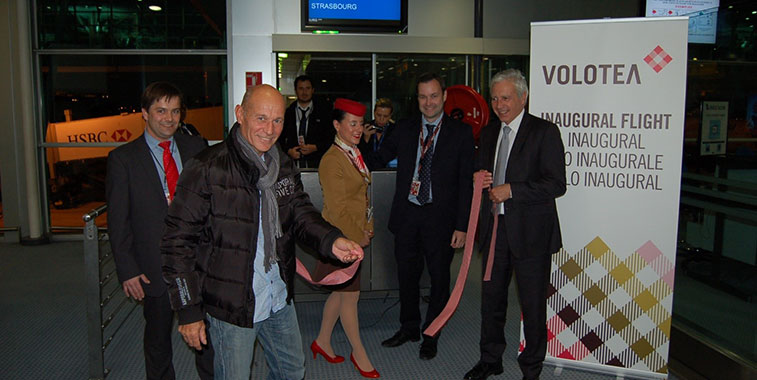 On 27 November 2014, Volotea commenced its service between Marseille and Strasbourg. Initially served twice-weekly, this summer the route will be served with thrice-weekly flights. Marseille is one of 14 new airports the airline has added to its network since last summer.