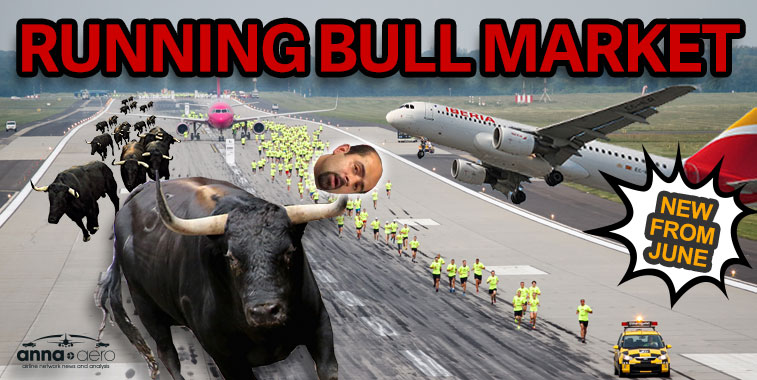 Holy cow! Spain-Hungary is the 5th-fastest growing country pair in Europe, with over 45% more seats this summer, thanks to Iberia launching Madrid-Budapest services in June. Italy-Hungary is also a bull market – up 34%. To find out why enterprising airlines are so keen to land on Budapest’s Tarmac, you can do your own close-up inspection by taking part in a 10km charity run on Budapest Airport’s Runway 13R-31L on 6 September when runners from airlines, airports and enterprises across the aviation community once again compete for a series of anna.aero-Budapest Airport “Golden Cake Trophies.” Sign up here. 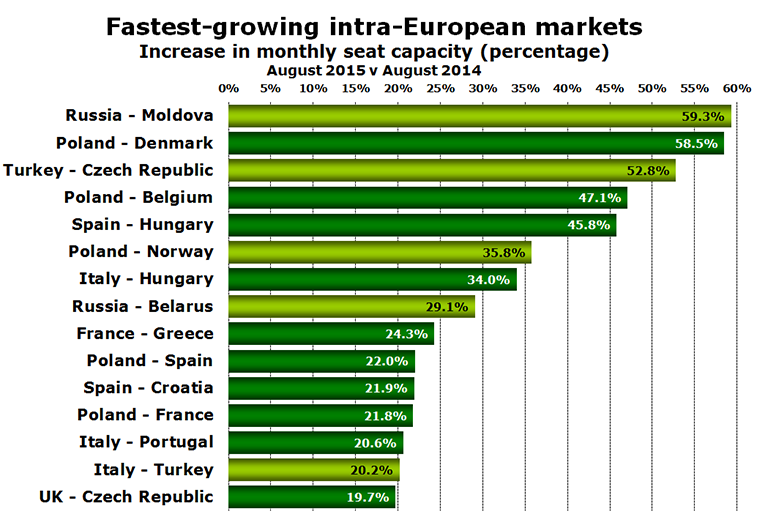 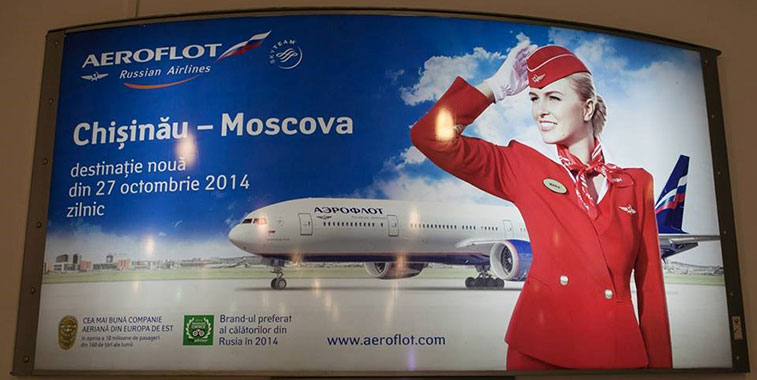 Business-like: Aeroflot’s new service between Moscow Sheremetyevo and Chisinau launched last October not only helped Moldova be the fastest-growing European country for airport traffic in 2014, but has also helped make the Russia-Moldova market the fastest-growing country pair within Europe this summer, compared with last summer.

If instead of looking at percentage growth the analysis is repeated with the aim of finding the country pairs with the biggest volume increase in monthly seats, a very different ranking emerges. The Turkish domestic market is now the clear winner with other domestic markets filling five of the next seven positions. The biggest volume increases in international country pairs are Germany-Turkey and Spain-France. Three international markets from the UK (to Germany, Ireland and Poland) all make the top 12 in terms of volume growth. 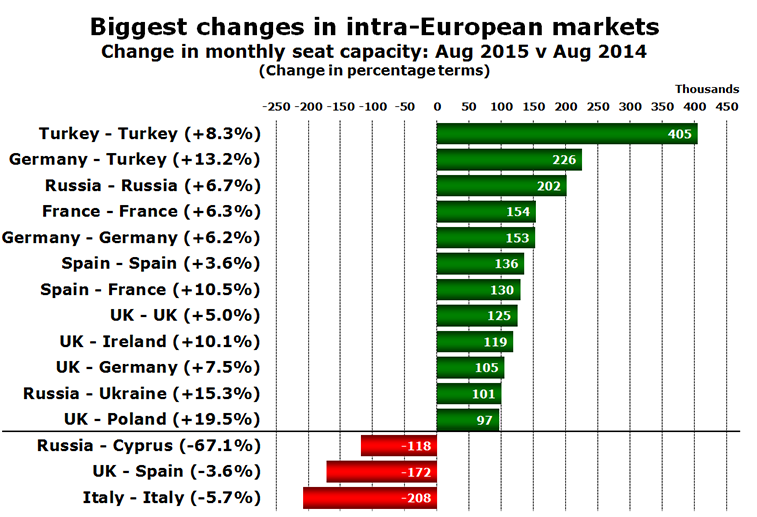 At the other end of the rankings the biggest volume declines have been in the Italian domestic market (mostly due to the closure of Air One and cutbacks at Meridiana), between the UK and Spain and between Russia and Cyprus. Much of the reduction in the UK-Spain market can be attributed to an apparent 25% reduction in seat capacity by Monarch Airlines (it is closing its East Midlands base at the end of March), as well as smaller seat reductions in this market by Jet2.com and Ryanair.