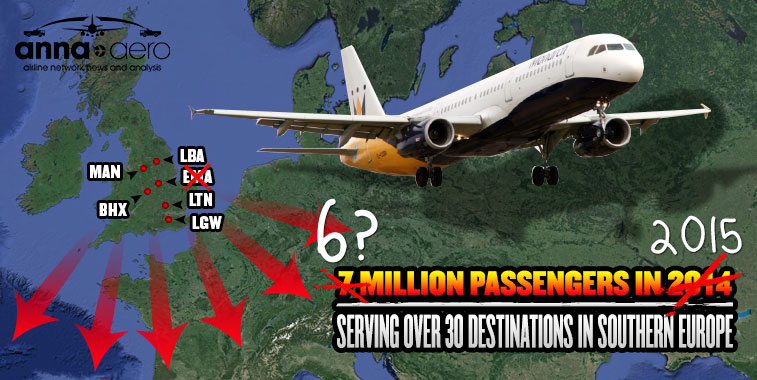 2014 looks set to remain Monarch’s busiest ever year for some time to come as the airline is cutting capacity by around 17% this summer, as the fleet is cut from 42 to 34 aircraft. One base (East Midlands) and 26 routes have been cut this summer while eight new scheduled routes have been added. 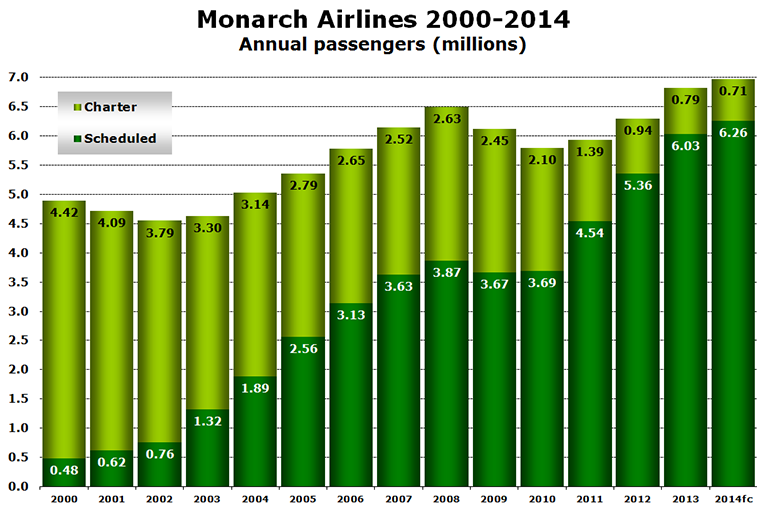 This summer will see the closure of the airline’s base at East Midlands, which it only opened in August 2012, primarily in response to the demise of bmibaby from that airport. However, the airline’s eight routes from the airport (six to Spain, plus Faro and Malta) will all cease operating by the end of this month, with the airline focussing its operations in the UK midlands at its Birmingham base, less than 60 kilometres from East Midlands. 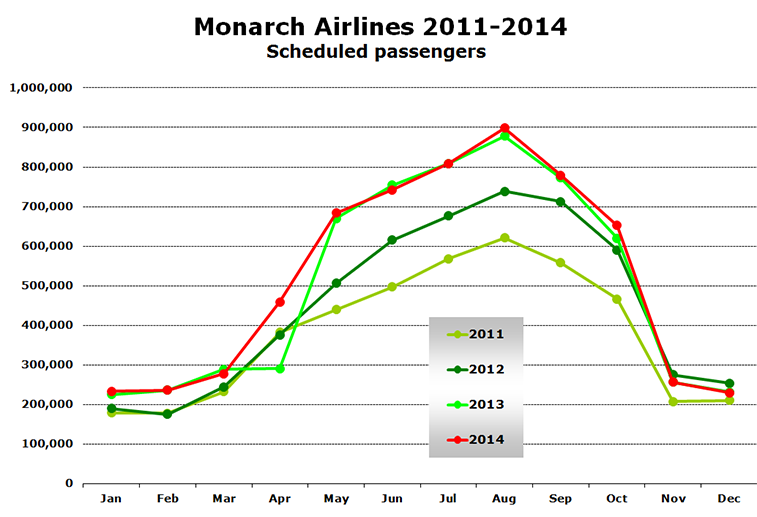 Monarch has one of Europe’s most seasonal airline operations as a result of its focus on the leisure market, which from the UK at least is heavily biased towards the summer months. In August the airline typically transports almost four times as many passengers as it does in the off-peak periods of January and February. The low figure for April 2013 can be explained by the fact that Easter was in March that year, thus suppressing demand.

No new destinations for 2015; some Greek charter routes now scheduled

Based on analysis of OAG Schedules Analyser for this summer compared with last summer reveals that London Gatwick remains the airline’s biggest base in terms of weekly departures (with 144), ahead of Birmingham (116) and Manchester (113). However, in terms of destinations served Birmingham offers 24 compared with 22 each from London Gatwick and Manchester. London Luton and Leeds Bradford are much smaller bases. New routes and destinations for this summer (highlighted in yellow) are limited to Preveza, Rhodes and Zakynthos in Greece (all of which were previously served by the airline’s charter services), plus two new routes from Leeds Bradford to Alicante and Naples.

Apart from ending operations at East Midlands, Monarch has dropped routes from all of its other bases, six from Manchester and three each from all the others. This has resulted in a reduction in flights at all of the airline’s bases except Leeds Bradford, where the airline has maintained its two aircraft, 28 departures per week operation.

Seven of the airline’s top 10 destinations are in Spain, though Faro in Portugal tops the list with 48 weekly departures this summer. Dalaman in Turkey (fifth) and Sharm El-Sheikh in Egypt (tenth) are the only other non-Spanish airports in Monarch’s top 10. Three destinations have disappeared from the airline’s network; Corfu, Malta and Split.

A total of 12 country markets will be served this summer from the UK with Spanish routes accounting for 52% of all flights, followed by Portugal (11.5%) and Turkey (9.6%). The only other country market with more than 5% of flights is Italy with 8.7%. 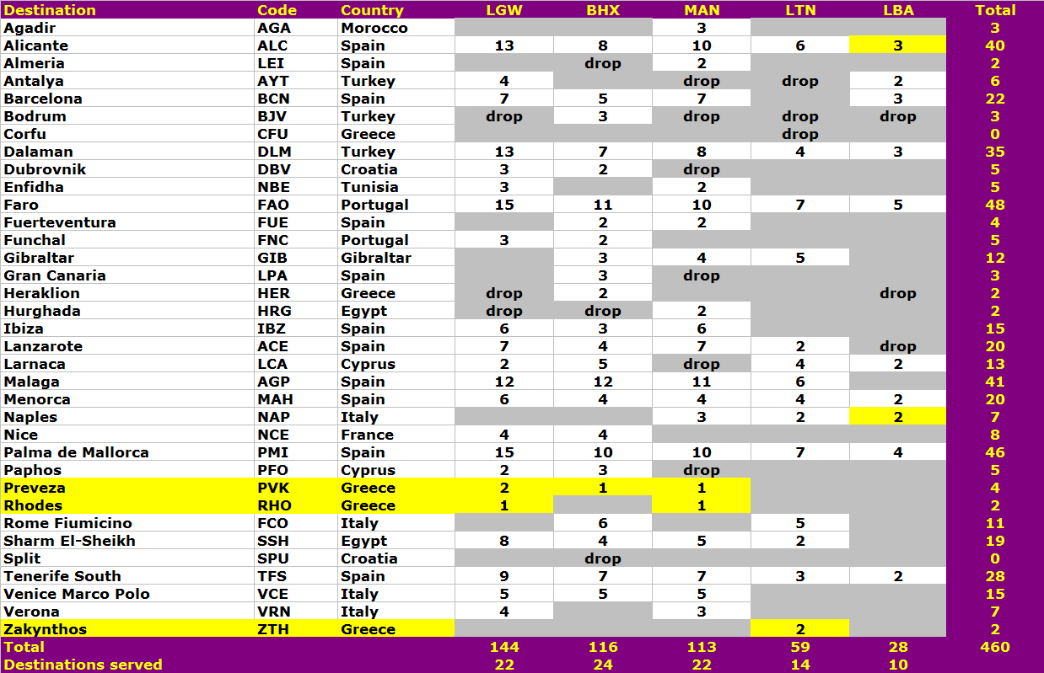