Ryanair to serve Castellón Airport from Bristol and Stansted in S15; 24 Spanish airports now on network 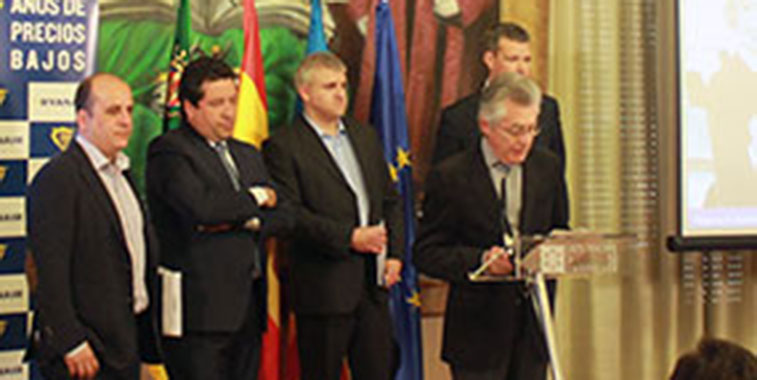 From mid-September, Ryanair will offer the first scheduled services from SNC-Lavalin-managed Castellón Airport to Bristol (twice-weekly) and London Stansted (thrice-weekly). What the impacts will be on nearby Valencia (72km south) and Reus (160km north) airports is anyone’s guess at this stage.

Tickets will go on sale tomorrow for the newest airport in Ryanair’s network, with the addition of its 24th Spanish destination ‒ Castellón Airport (CDT). Nestled on the Costa del Azahar between Valencia (72km south) and Reus airports (160km north), the facility currently has no scheduled services – however on 14 January this year, the first ever flight departed from the airport, which had stood idle since the completion of the Є150 million project in March 2011, when an Air Nostrum charter flight carried the Villareal football team, which is sponsored by the airport, to San Sebastián for their Copa del Rey match against Real Sociedad.

Ryanair’s decision to launch flights marks a turnaround in the airport’s fortunes over the last 12 months, since the management of Castellón was awarded to SNC-Lavalin in May 2014 under a 20-year concession. Ryanair already operates at the French regional airports of Nîmes (FNI), Tarbes Lourdes (LDE) and Tours (TUF) airports, which are all managed and operated by the Montreal-based company. Whether the existing relationship with the Irish ULCC was brought to bear in securing services at Castellón is unclear.

The airline’s services will begin on 15 September, when a thrice-weekly London Stansted flight will start. The following day, inbound flights to Castellón from Bristol will commence – this time the airline is offering a twice-weekly service. In Ryanair’s announcement statement, it claimed that these flights are anticipated to transport nearly 18,000 passengers in 2015, or about 4,000 for Bristol and 14,000 for Stansted. They will transport 61,000 passengers per year, or 17,000 for Bristol and 44,000 for London after that.

The airline does already serve nearby Valencia and Reus airports – both of which are operated by Aena. Barcelona (69,363) and Madrid (63,882) are currently the carrier’s biggest two Spanish operations in terms of weekly seats. Of Ryanair’s 185 operational airports for week commencing 3 August 2015, Valencia is the ULCC’s 29th largest operation (sitting between Lisbon and Trapani), with 22,689 weekly seats planned at this stage. Reus, which used to be far more prominent in the carrier’s network, is now joint 87th (along with Bucharest and Rhodes) in terms of importance to Ryanair, offering 6,048 weekly seats this coming summer.

Interestingly, both Valencia and Reus are both already served by Ryanair from Bristol and London Stansted. Whether the capacity on these existing routes will be adjusted as a result of the airline’s decision to fly to another airport located in between the two Spanish airports is uncertain at this stage. Other airports that fall into this category (are already served at both Spanish airports) are: Dublin; Palma de Mallorca; Manchester; Brussels Charleroi; and Frankfurt Hahn. Perhaps these destinations will be future additions to Castellón’s fledgling network if serving the new airport proves successful for Ryanair. Connections to Italy, as well as some domestic services, would also seem likely given the existing routes offered.

“We are very pleased to welcome Ryanair to Castellón Airport,” said Alain Russel, Chairman and Chief Executive Officer of Castellón Airport. “The SNC-Lavalin and Castellón teams worked hard together to open the airport in a few short months and to sign this important contract with Ryanair, a leading player in the air transport industry.” 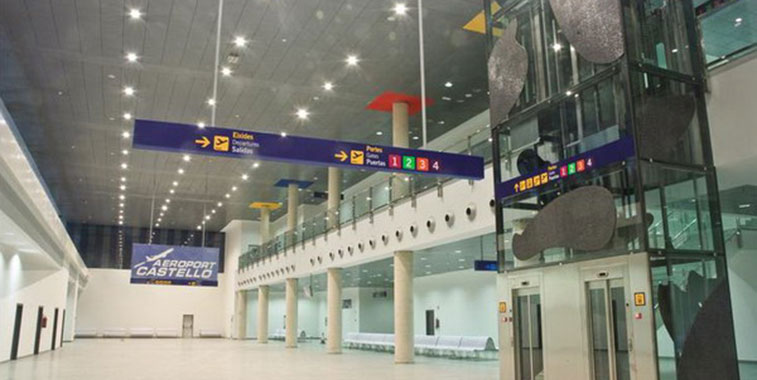 A picture of an empty arrivals hall will be a thing of the past at Castellón Airport from this September. Ryanair expects to carry over 60,000 per year through the airport.