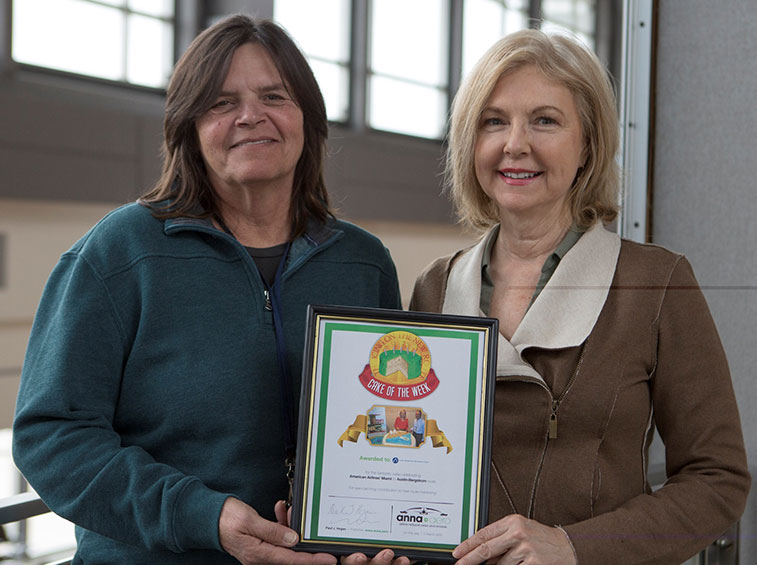 Austin-Bergstrom Airport’s Patti Edwards, Director of Airport Security and Operations and Jamy Kazanoff, Assistant Director of Business Development and Customer Relations, show-off their Cake of the Week certificate which was awarded for the baking extravaganza cooked-up to celebrate the arrival of American Airlines’ daily service from Miami on 5 March. 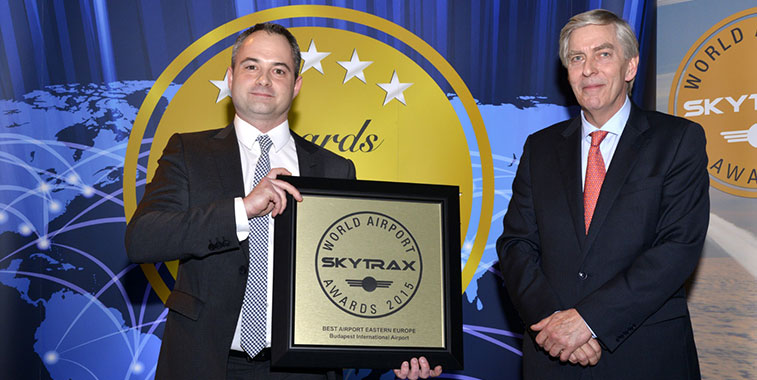 Péter Huszka, COO, Budapest Airport, is presented with the ‘Best Airport – Eastern Europe’ Award by Skytrax Chairman, Edward Plaisted at last week’s awards ceremony in Paris: “We are highly honoured by the recognition of our passengers for our continued commitment to service and quality,” said Huszka. 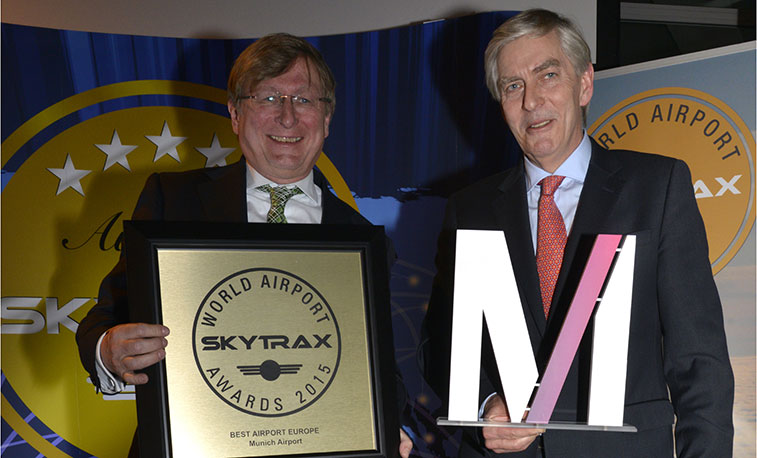 Travellers from all over the world have confirmed it again: Munich Airport is still the best in Europe. That was the outcome of the latest study by the London-based Skytrax Institute, which conducts an annual survey of millions of passengers worldwide. Dr. Michael Kerkloh, Munich Airport CEO was on hand to accept the coveted award from Skytrax president Edward Plaisted at a special ceremony in Paris. In the global rankings, Munich Airport successfully defended its #3 ranking from the previous year. 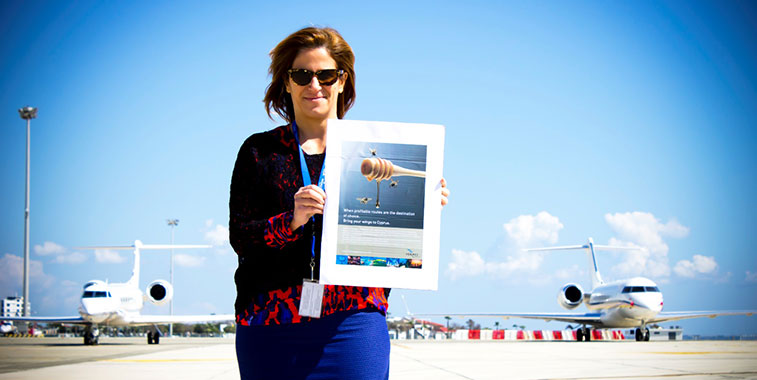 Hermes Airports, operator of the Cypriot airports of Larnaca and Paphos, has announced the introduction of new incentive schemes aimed at “supporting airlines that offer growth to Cyprus,” says Maria Kouroupi (pictured), Senior Manager Marketing at Hermes. The schemes are offered to all the airlines on a transparent and without any discrimination basis. For more information visit the Cyprus airports’ website: www.hermesairports.com 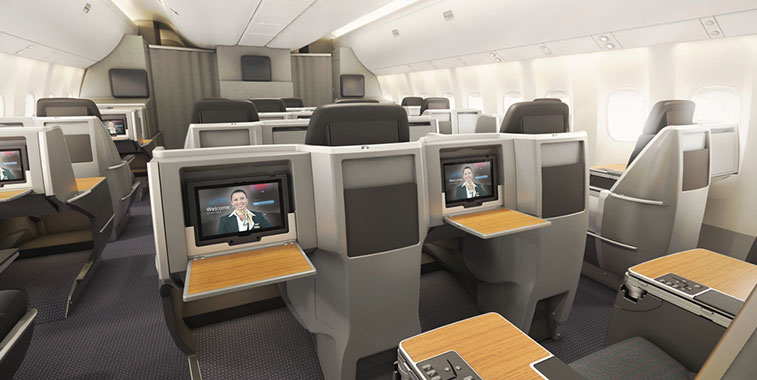 American Airlines flights between Manchester and New York will be operated using newly retrofitted 767-300ER aircraft from 29 March, offering passengers a refreshed Business Class experience. Mats Sigurdson, Aviation Director at MAG said: “We are delighted that American is not only increasing capacity on its route to New York, by upgrading to a 767, but it is also pleasing to see a new business class product introduced. With over 50 weekly flights to the USA, Manchester Airport is the global gateway for the North and continued increased capacity (across numerous carriers) showcases the vital role we play in UK aviation and the desire for the 22m people in our catchment area to fly direct from Manchester.” Miami Airport’s Aviation Director Emilio González traveled to Taipei last week to hold a series of one-on-one meetings with key airline executives and government officials to discuss a Miami-Asia passenger service. González’s busy agenda included meetings with airline executives from Taiwan’s flag carrier China Airlines, which is based at Taipei’s Taoyuan Airport, and with Taiwan-based EVA Air. “Our MIA team is being very deliberate in its efforts to bring direct Asia passenger service to Miami for the first time,” said González. “Traveling to this untapped market and holding face-to-face meetings with high-level decision-makers is essential to the process, and it puts Miami squarely on the radar of these expanding Asian carriers. Taipei is a natural Asian hub that offers travellers easy access to the Chinese mainland, Southeast Asia, South Korea and Japan, so connecting it with MIA’s Latin America-Caribbean gateway makes perfect sense.”