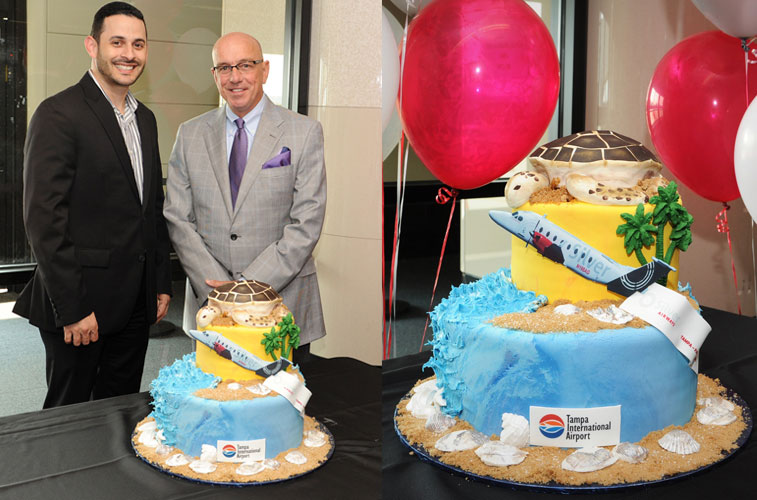 On the same day, celebrations continued at Tampa Airport with another cake, this time for the inaugural flight to Northwest Florida Beaches. Marking the achievement are: Rick Rues, Director Marketing, Silver Airways; and Joe Lopano, CEO, Tampa Airport. In addition, Charleston Airport commemorated the launch of Silver Airways’ routes to Tampa and Orlando with a special ceremony in the terminal.