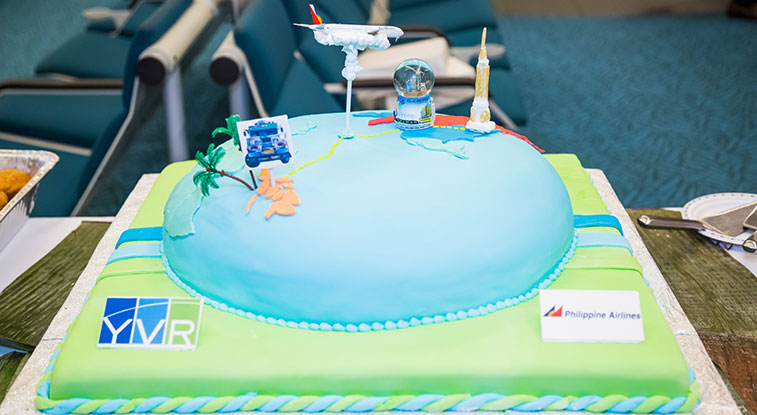 On 15 March, Vancouver Airport welcomed with a fantastic cake the inaugural flight of Philippine Airlines’ four weekly services from Manila to New York JFK, which is operated via the Canadian gateway. Commenting on the achievement, Craig Richmond, President and CEO, Vancouver Airport Authority, said: “We are thrilled that Philippine Airlines has introduced this new service connecting Manila, Vancouver and New York. British Columbians now have increased flexibility and choices to fly to New York to watch their favourite Broadway show and the Philippines to enjoy a sunny destination.” 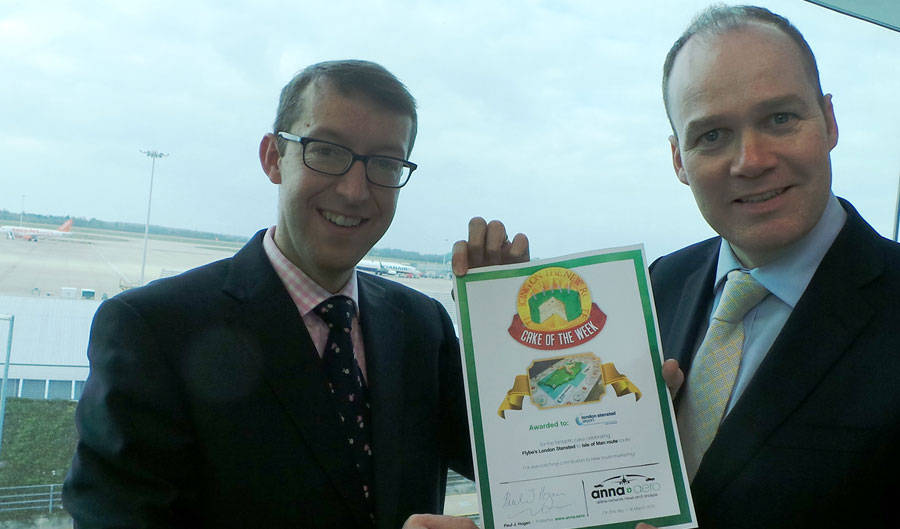 Celebrating the Cake of the Week award for Flybe’s five weekly flights from London Stansted to Isle of Man launched on 16 March are MAG’s: Mark Souter, Head of Business Development (FSS); and Patrick Alexander, Head of Marketing (Aviation). On 24 March, Brussels Airport, in the presence of His Majesty King Philippe of Belgium, officially opened the Connector building, which was built following a €75 million investment to enhance the passenger experience. The building links the terminal above ground to the two piers, so passengers need less time to go from the check-in to their boarding gate. Therefore, passengers can wait to board their plane in an open and airy building that besides a spectacular tarmac view offers a contemporary mix of shops and restaurants. Connector will be open to the passengers as of Thursday 26 March. 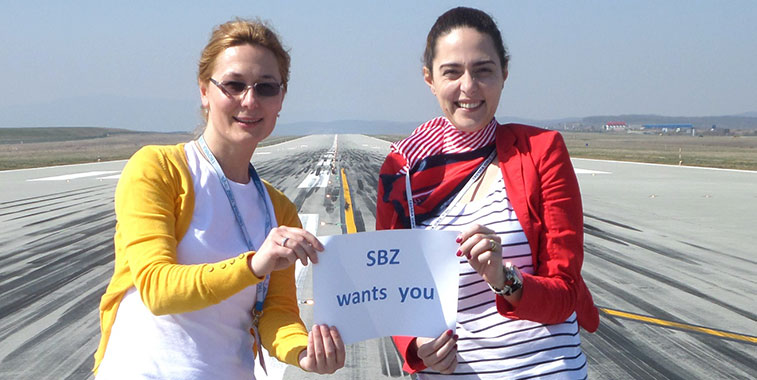 Sibiu Airport – Romania’s seventh largest international gateway – is launching a request for proposals with the intent to configure its forthcoming state aid support tender, for opening new routes to European destinations. Following the application, the airport is offering: state aid support for a maximum three years; level of support is around 50% of total airport fees; as well as eligible costs, namely airport fees including handling services provided directly by the airport. According to AECOM Transportation Master Plan for Romania, the airport has been listed among the future international hubs with a potential traffic increase to over 1.5 million by 2020. In addition, Sibiu has a unique market owing to its ideal mix of business people, upscale tourists, affluent local consumers and expatriates. Sibiu’s excellent location in the south of Transylvania, along with being an attractive business and holiday destination, as well as being one of the eight most idyllic places to live in and the only city in Romania with three stars in the Michelin Green Guide, all combine to represent a unique opportunity for connectivity and air service development. On this basis, Sibiu invites airlines and partner airports to participate in its program. Gearing up to welcome new services at Sibiu are the airport’s: Mirela Ciucur, Head of Marketing and External Relations; and Iulia Ivancea, Commercial Manager. For an in-depth proposal please visit Sibiu’s TRS profile (Marketing section). 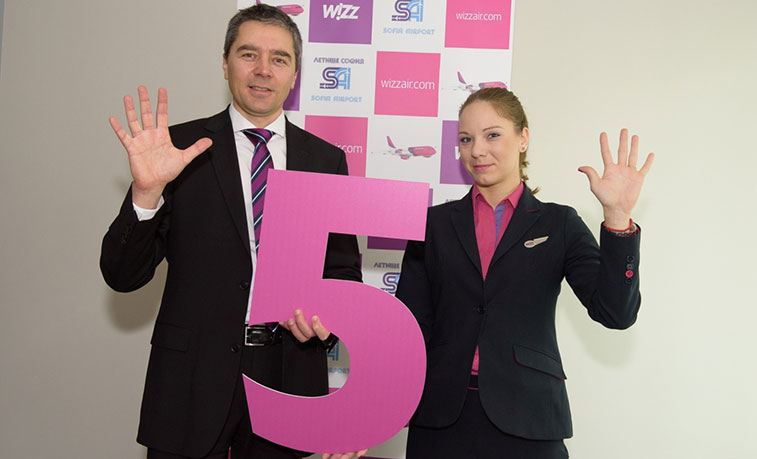 On 19 March, Wizz Air announced that it will base a fifth A320 at its Sofia base. With the expansion of the fleet, five new routes will be launched from the Bulgarian capital to Bari, Cologne Bonn, Geneva, Naples and Memmingen. In addition, the ULCC will increase frequency on five existing routes. Marking the announcement are: Gyorgy Abran, CCO, Wizz Air; and Tsvetoslava Kostova, Flight Crew, Wizz Air. Work on the satellite terminal project on the eastern apron of Munich Airport, jointly developed by the airport operating company and Lufthansa, continues to move forward on schedule. The first car of the passenger transport system has now been lowered by crane through a precisely measured opening left on the airport ramp for this delicate operation. The transport system, which will carry passengers between Terminal 2 and the satellite facility, will have three trains. They are designed to carry up to 9,000 passengers per hour in each direction and will take less than a minute for the trip between the main terminal and the satellite. The first test runs of the trains are scheduled for the summer.