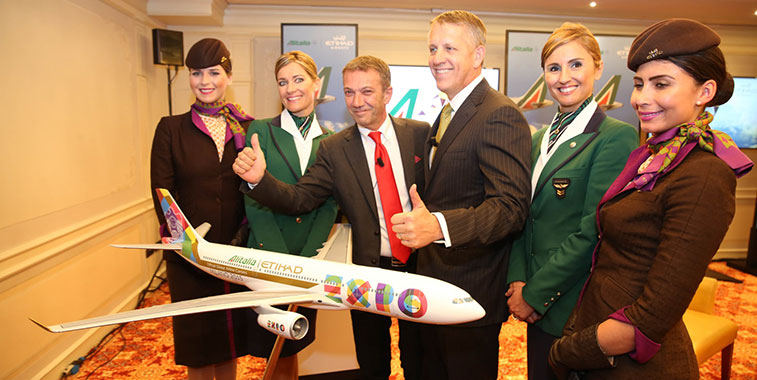 On the same day, the SkyTeam member celebrated the start of daily flights from Milan Malpensa to Abu Dhabi, a route operated by its 777-200s. Marking the achievement are: Ariodante Valeri, CCO, Alitalia; and Jim Mueller, SVP Global Sales, Etihad Airways.