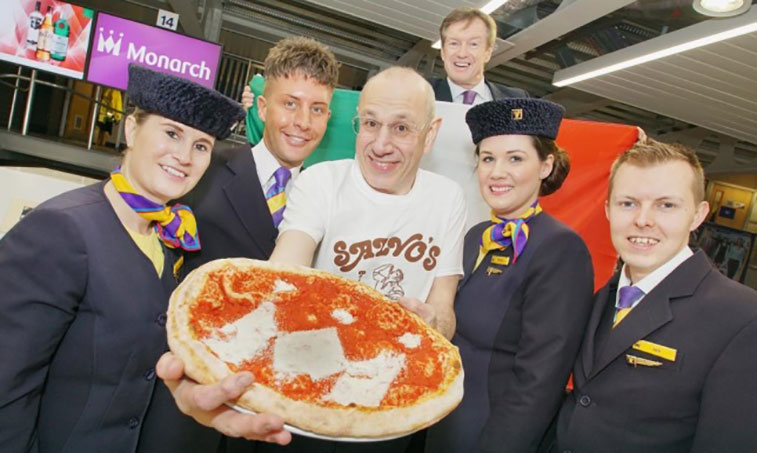 On 30 March, Leeds Bradford Airport celebrated with a pizza the launch of Monarch Airlines’ twice-weekly flights to Naples in Italy. Marking the event are: the airline’s cabin crew; John Dammone from Salvo’s; and Tony Hallwood, Aviation Development Director, Leeds Bradford.