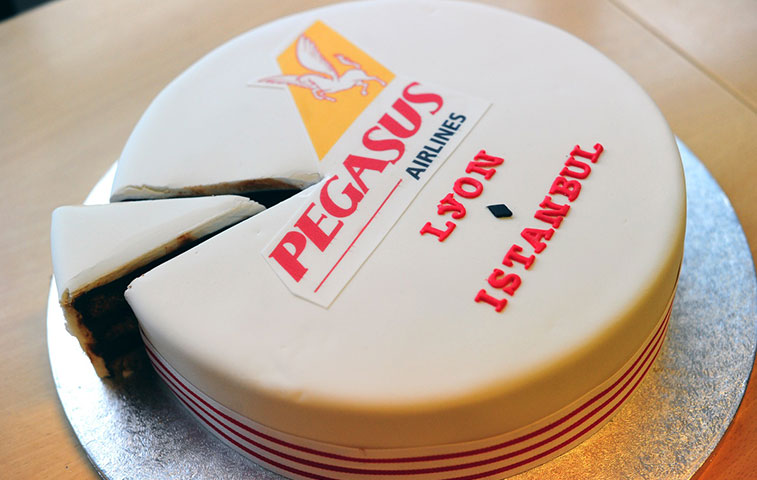 On 28 March, Lyon Airport welcomed with this fantastic cake the arrival of Pegasus Airlines’ thrice-weekly flights from Istanbul Sabiha Gökçen.