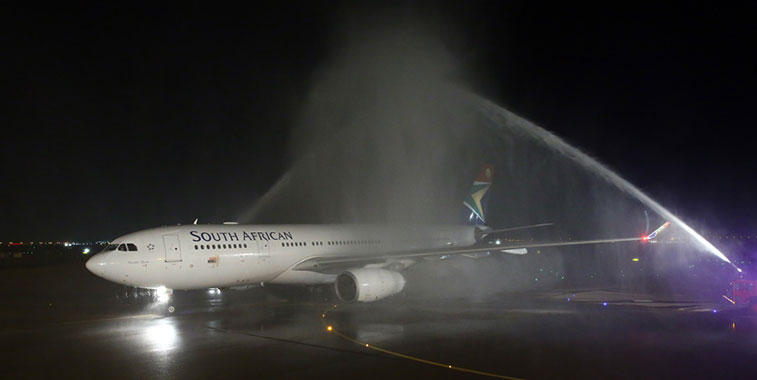 On 29 March, South African Airways was greeted with a water arch salute upon arrival at Abu Dhabi Airport, a route which originated from Johannesburg.