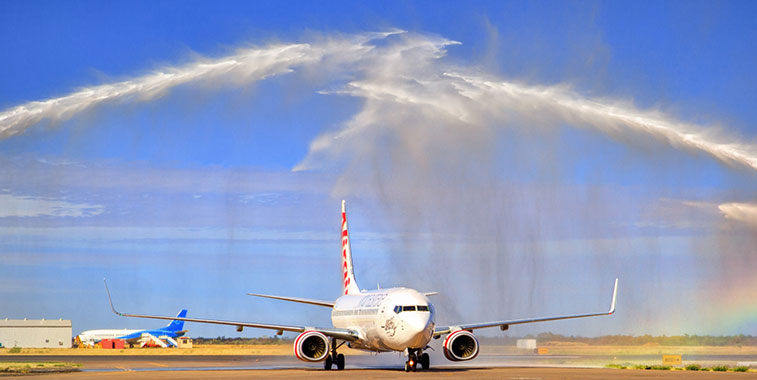 On 30 March, Virgin Australia Airlines’ inaugural flight from Darwin was welcomed with the traditional water arch salute at Alice Springs. The thrice-weekly services continues onto Adelaide.