Lufthansa began twice-daily flights from Frankfurt to Aalborg on Monday 30 March. At a stroke, the Star Alliance carrier becomes the airport’s fourth biggest carrier in terms of weekly seats, behind SAS, Norwegian and KLM. Frankfurt thus becomes the third destination (after Copenhagen and Amsterdam) to be served with at least two flights per day. 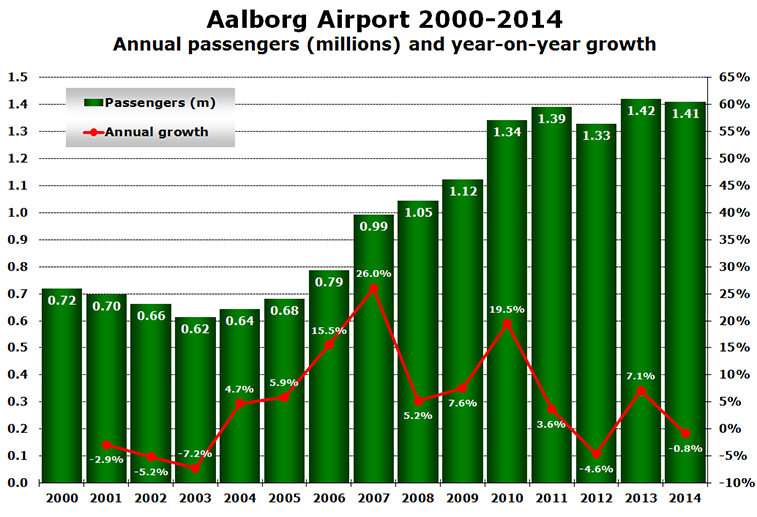 Aalborg’s traffic peaks in September but the airport’s seasonality profile scores a creditable 2.23 (“good”) in anna.aero’s SVID analysis. This compares favourably with Aarhus (4.11, “good”) and Billlund (10.48, “poor”). So far, in the first two months of 2015, passenger numbers are down just over 3% compared with the same period in 2014. 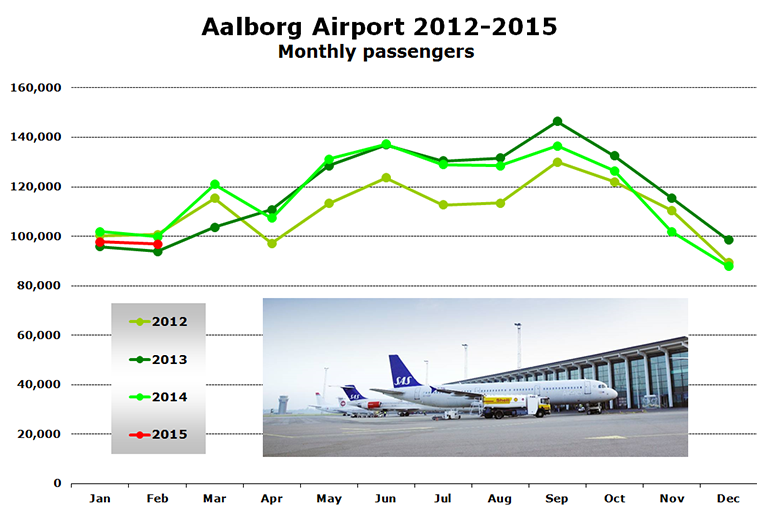 SAS has most flights; Norwegian offers most seats

Based on schedule data for this August, SAS operates the most flights at Aalborg (around 40 weekly departures), but Norwegian offers the most weekly seats, thanks to the use of its bigger 737-800s. A total of 10 airlines are expected to offer scheduled services this summer, including Lufthansa, which launched double-daily flights from Frankfurt on 30 March, at the start of the summer season, using its CRJ 900s. This becomes the third major non-Scandinavian hub to be served from Aalborg after Amsterdam (served by KLM) and Istanbul Atatürk (served by Turkish Airlines). 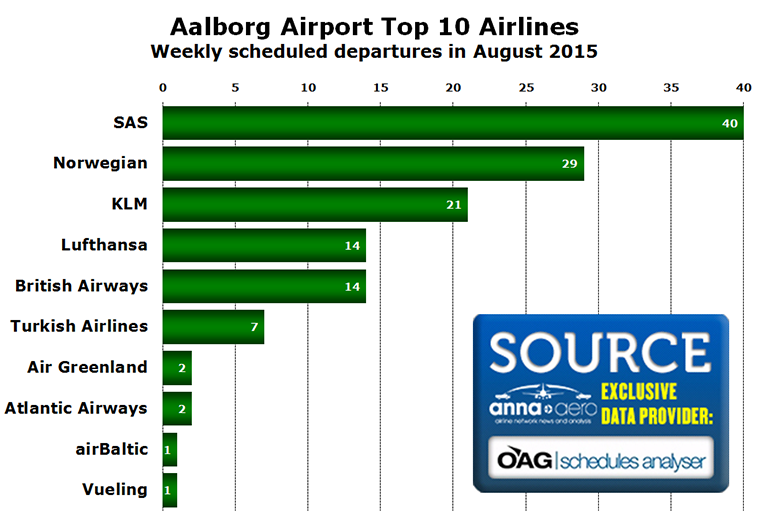 Another new carrier for 2015 will be airBaltic. Weekly, seasonal flights to Riga are planned to start in late April. Although neither easyJet nor Ryanair are present at the airport, Vueling has been offering seasonal flights to Barcelona since the summer of 2012.

Copenhagen by far the busiest route

Not surprisingly there are more weekly flights to Denmark’s global hub in Copenhagen than to anywhere else. In fact, Copenhagen services account for almost 50% of all scheduled departures (and well over half of all scheduled seats) in the peak summer period. Services to the key Amsterdam and Frankfurt hubs have higher frequencies in the peak summer months than services to Oslo. 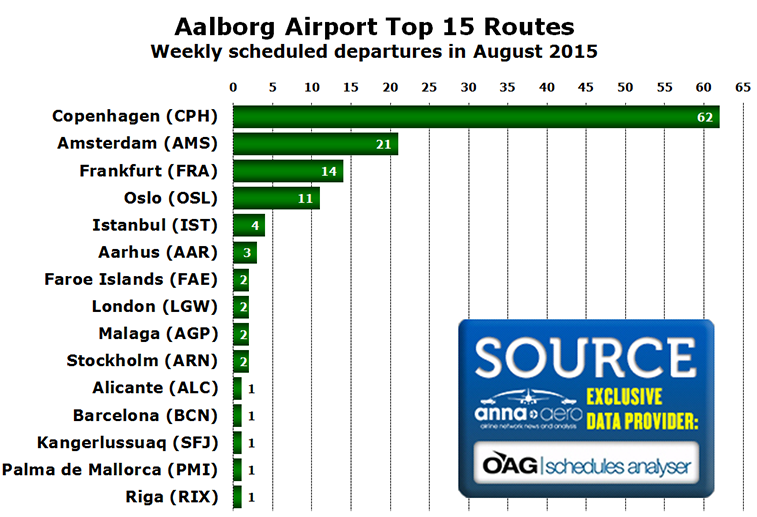 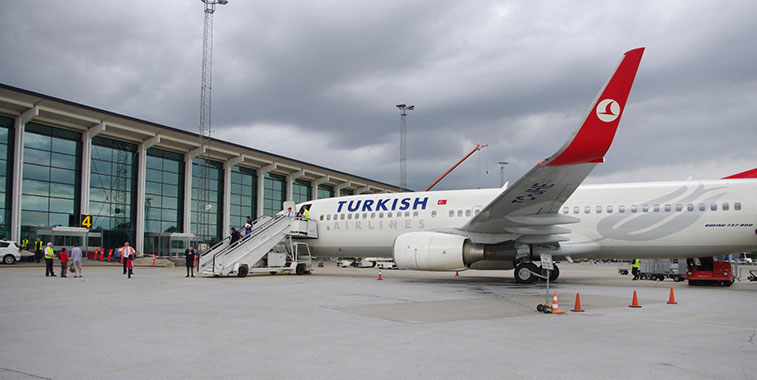 The arrival of Turkish Airlines in July 2012 gave local passengers another option for connecting to the world, this time via the airline’s Istanbul Atatürk hub. Frequencies have gradually been increased on the route, which is typically served by the Star Alliance carrier’s 737-800s.