On 1 April, LinksAir – the UK regional airline – has announced that following detailed market research and customer preference, lie-flat beds (pictured right) will be introduced to the cabin product on its Jetstream 31-operated new Cardiff-Norwich return route starting on 20 April. With the start of the new fast direct one-hour air service between Cardiff and Norwich, LinksAir shall introduce the new lie-almost-flat cabin product on all flights with effect of the launch, even on fares starting from just £59 one-way on this short one-hour service. Commenting on the new development, Roger Hage, Commercial Manager, LinkAir, said: “Our research shows that the majority of passengers seeking to use this service have welcomed being able to sleep on the current five-hour rail or road journeys at some point during the journey. We have taken our inspiration therefore from the long-haul services and adopted the same style beds as KLM (pictured left) uses on Amsterdam onward connecting Norwich and Cardiff long-haul services on their 747-400 fleet, and adapted the concept for use on our Jetstream fleet. This will be valued by those using the service for business or connecting offshore for example, arriving fresh and ready for their day.” 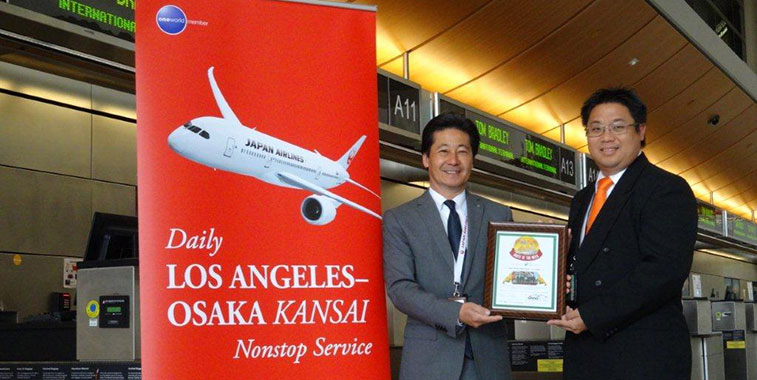 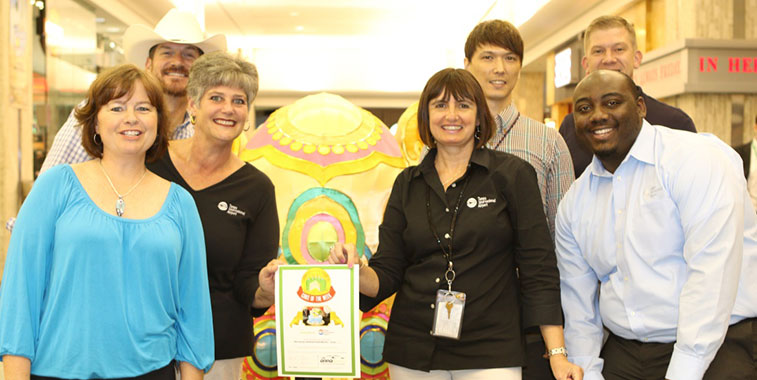 Pleased to accept the Cake of the Week certificate for Silver Airways’ new route to Northwest Florida Beaches launched on 19 March, is Tampa Airport’s marketing team. On 30 March, Rome Fiumicino Airport welcomed its first ever Qatar Airways 787-8 flight, which now operates on one of the oneworld carrier’s twice-daily flights from Doha. This service was upgraded from an A320 flight, making Fiumicino the only airport in Italy to welcome this aircraft type. Addressing the audience shortly after the flight’s landing is Raffaele Pasquini, Head of Airport Marketing Development, Rome Fiumicino Airport. 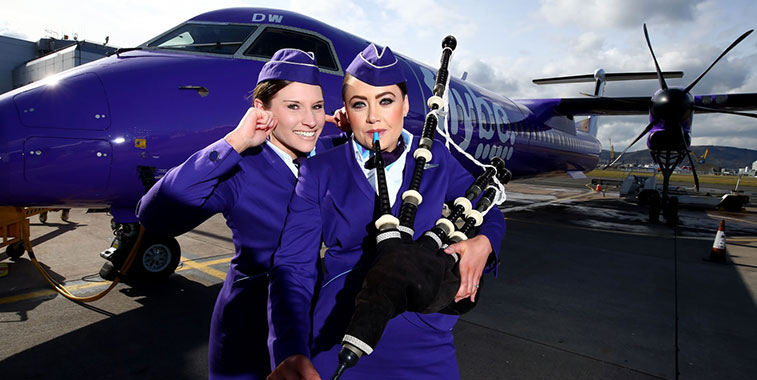 On 27 March, Flybe began operating its S15 schedule from its newly re-opened base at Aberdeen Airport, which offers a choice up to 75 weekly departures on five routes, namely to Belfast City, Birmingham, Manchester, London City and Jersey. Commenting on the re-opening of the base, Paul Simmons, CCO, Flybe, said: “Our newly re-opened base at Aberdeen marks the very real testament to Flybe’s year of recovery. I would again like to thank all parties involved for welcoming Flybe’s based operations back. We look forward to welcoming all our passengers on board this summer.” 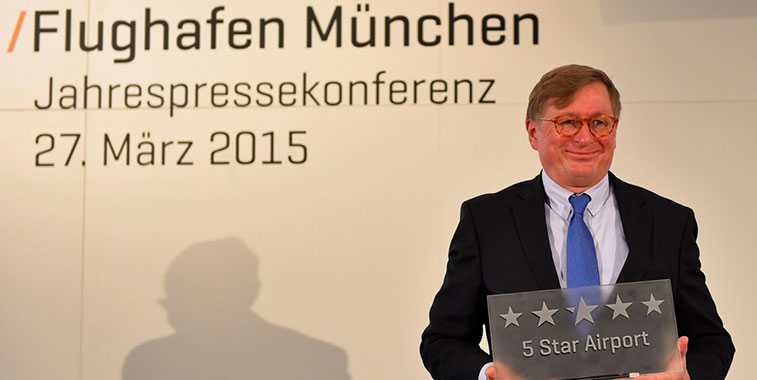 On 27 March, Munich Airport became Europe’s first five-star airport. The coveted title, considered the “Oscar of aviation” in the industry, is granted by the London-based Skytrax Institute. The auditors from that independent organisation spent months examining every aspect of the Bavarian hub. To earn five-star status, an airport must present a seamless high-quality experience along the entire travel chain. The criteria range from clear signage and navigation to outstanding service, attractive shopping and dining, immaculate cleanliness and a modern ambiance. Commenting on the award, Michael Kerkloh, CEO, Munich Airport, said: “Alongside the Asian airports such as Singapore, Seoul, Hong Kong and Tokyo Haneda, Munich is the fifth airport to join the five-star club – and the first in Europe. We owe this success not only to our hardworking project team, but ultimately to our entire airport workforce.”