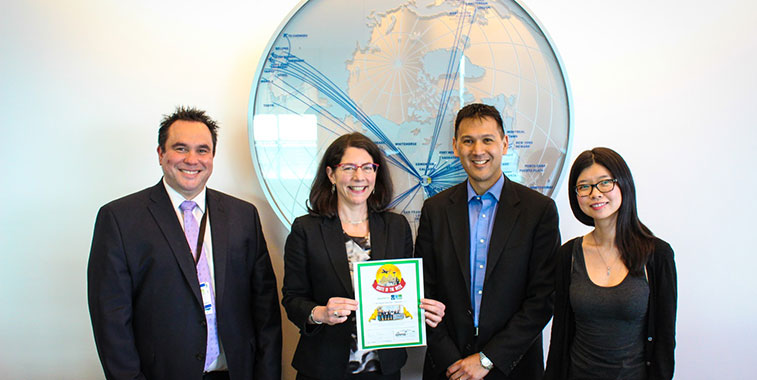 On 31 March, Amsterdam Airport celebrated with a massive clog-shaped cake the opening of easyJet’s base. The LCC will link Amsterdam to Dubrovnik, Olbia, Toulouse, Venice Marco Polo, Ibiza, Corfu and Palermo. On 30 March, Lisbon Airport celebrated with a cake and an impressive water arch salute the arrival of Wizz Air’s twice-weekly flights from Budapest. The Hungarian ULCC will face competition on the new sector from TAP Portugal’s daily departures. On 31 March, Virgin Atlantic Airways’ daily flights between London Heathrow and Delhi became the fourth route in the airline’s network to be flown by the carrier’s new 787-9. The arrival was welcomed at the Indian gateway with the traditional water arch salute.